Quit Underestimating the Next Generation 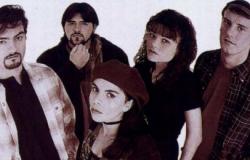 Karl T. Muth calls out those that automatically lay the blame for today’s supposed ills at the feet of the youngest generation.

Class warfare is in the news, and with good reason given the rhetoric spewed by supporters of both major parties in the United States (which is disguised unconvincingly and ridiculously as a debate about “tax policy”) and some from either side of the United Kingdom’s political spectrum (though, particularly, the Opposition). But there is another type of warfare happening that is more subtle, more pervasive, and more destructive: Inter-generational warfare.

One can hardly walk past a newsstand in any major city around the world without reading about how worthless, slothful, and ungrateful Millennials are. If one is to believe the articles that saturate news items, blogs, and opinion pieces, it hardly matters what technological or social progress is achieved, as it will be inevitably squandered by the Millennial, whose most prestigious resume item is “barista” and only linguistic weapon chambered in a four-syllable caliber is “macchiato.”

And, yes, we’ve all met young people who seem to bask in the twilight sun of single-speed-bicycle-powered, Pabst-Blue-Ribbon-sponsored elective poverty and whose politics leap leftward by the day (almost as quickly as the decimal point in their bank balances). But poking fun at such people does a disservice to the actual political economy of the United Kingdom and United States and forgets – far too quickly – that this is simply a revival of the old way.

Those of us who grew up in the wake of Reagan-Thatcher policy remember very clearly being told by every media outlet except MTV how unsuccessful, stupid, and unproductive we were destined to be as adults. Movies like “Clerks” (1994) announced to the world that Generation X would do nothing worthwhile and that our collective confusion about maturity, gender roles, and the foundations of Occidental mercantile society would retard our upward mobility and sabotage our already-slim hopes of financial success (see “Fight Club” (1999)).

I need not elaborate on the fact that Generation X has contributed more economic value, in real and nominal terms, than any other generation in the history of our species. Further, Generation X has reshaped equity markets (essentially reinventing the IPO), fixed the crippled venture capital and private equity markets it inherited, offered enormous engineering contributions to the major problems left unsolved by the Baby Boomers (from finance to supply chain management to materials science), and written more software than previous generations by a factor of thousands. I could go on. But I’ll stop there.

Prior to Generation X, the Baby Boomers were criticized. They were told by their parents’ generation that they were a group of unpatriotic, pot-smoking, hippie losers who would never contribute to America’s progress. They were blamed for every social ill from the decline of marriage to the urban sprawl of American cities (unfair, given that this urban sprawl was architected primarily by their parents’ generation). In short, the message to Baby Boomers was that “World War II wasn’t fought – and won – so you could dodge the draft and spend the weekend having sex outside of marriage while listening to rock music.”

Every generation has painted its progeny with this broad brush of underachievement and ungratefulness. I’m not sure why. Maybe it’s some bizarre social mechanism by which generations feel victorious in overcoming the unimpressive appraisals their parents bestowed during their teenaged years. Maybe it’s part of our evolutionary makeup that our fear of death drives us to insult our children and anyone else who will live long enough to see a future we won’t. Maybe it’s simply envy that others will enjoy the fruits of investments we make during our lives.

But, whatever its motivation, it is destructive. It infects the workplace and poisons trust between individuals. It allows the attributes of a generation’s worst ambassadors to affect and taint the same generation’s best representatives. It gives an unspoken excuse that affects hiring, promotions, and other economically-relevant activities both at the micro and macro levels. It contributes to expectations, instructions, and job descriptions that will prevent individual Millennials from showcasing their ambitions, skills, and talents for a decade or more.

Let’s not engage in this fruitless, mean-spirited shaming of the next generation. Let’s try to expect the best, rather than the worst, from them. Let’s work together to appreciate, nurture, and support what young, ambitious people are capable of doing. If we don’t, we’re just parroting a society-wide tradition of hazing and abuse that has long outlived its mysterious purpose.