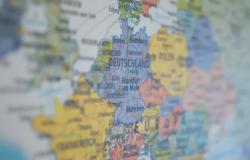 While in academic debates it is questioned whether the concept of “sovereignty” is still apt to capture the political reality of the 21st century or whether we are already living in a post-sovereign era, the concept is booming in contemporary European politics. President Macron put it on the agenda in his 2017 Sorbonne Speech. Chancellor Merkel remained hesitant at the time, but the current German Government has set a sovereign, or more sovereign, European Union as a goal in its Coalition Agreement. Russia’s invasion of Ukraine has further energized the calls for a sovereign EU, and Chancellor Scholz has been tireless in reiterating this goal, most recently in his Prague Speech.

Sovereignty is, however, an ambiguous and context-dependent concept. In a legal context it means one thing, in a political another. Used juridically, sovereignty essentially means the right of a political entity to determine its form of existence, domestic order, political orientation, relationships to other political entities, and so on. International law acknowledges this right as belonging to every state. Legally, Liechtenstein is no less sovereign than China. In contrast to states, international or supranational organizations have not attained legal sovereignty. They are rather creations of sovereign states and are borne and determined by them. This is also true for the EU.

Hence, the difference between the two concepts of sovereignty matters. It is therefore necessary to clarify what is meant by the call for a sovereign Europe: the right to self-determination, or enhanced power? When the call for European sovereignty is explained, it usually refers to certain political areas. One speaks of technological, digital, energy-political, or fiscal sovereignty, generally also of “strategic sovereignty.” This suggests that political sovereignty is what is meant: The EU should become more powerful and more independent. This intention has become increasingly urgent in light of recent events.

However, this presupposes a transfer of further powers to the EU. Yet, this transfer would be of little use if the transferred powers could not be utilized, because the member states disagree about how to proceed. For this reason, the call for the cession of competences is necessarily bound to a further relaxation of the principle of unanimity in the Council. Both are of course not attainable without treaty amendments. Whether and at what price the necessary amendments will be realized is uncertain. Though, one cannot rule out that the “historic turning point” (Zeitenwende), announced by Chancellor Scholz in the aftermath of Russia’s invasion of Ukraine, has increased the willingness for it.

This is, however, not all. For, behind the proposals to strengthen the EU’s political sovereignty reemerges the demand for legal sovereignty together with a renewed call for a European constitution. Legal sovereignty would mean self-determination for the EU. As yet, the EU only has those powers that the member states have transferred to it. The principle of conferral applies. Decisions regarding the continuance, purposes, competences, and means of the EU lie with the member states. In all these respects, the EU is hetero-determined, and hence the opposite of sovereign.

With the transfer of legal sovereignty, this relationship would be reversed. No longer the EU, but rather the member states would be hetero-determined. This would not only mean the loss of their determination over the fate of the EU, but also the end of their self-determination. The EU would then possess the so-called Kompetenz-Kompetenz: the power to allocate competences. As a consequence, the EU would take from the member states whatever powers and funds it wanted. Even if the member states remained involved in these decisions, they would only be involved as part of an organ of the EU, not as sovereign states. In that organ, majority rule would apply. Each member state could be overruled.

Up to this point, the legal foundation of the EU consists of international treaties between the member states. These treaties fulfill essential functions, which in a state would belong to a constitution. They structure the EU, grant it competences, and regulate the use of these competences. What is lacking for these treaties to count as a constitution in the full sense of the word is an act of European self-determination. The EU does not give itself its legal foundation. This foundation is given to it by the member state. This may, however, change. The member states could, in a final international treaty, cede the constituent power to the EU. The EU would by this very act become sovereign in a legal sense.

In international law, however, legal sovereignty is reserved for political entities that are states. It is generally accepted that the EU is not a state, although in some areas it participates in international relations like a state. Both a constitution and sovereignty for Europe would therefore have the same result: the transformation of the EU into a state. The member states would thereby become what the various Länder are in the Federal Republic of Germany. One must keep this in mind when one calls for a constitution for Europe that is more than an international treaty with the label ‘constitution’. The German Government seems to be aware of this. In the Coalition Agreement, it calls for a “federated European federal state” (einen föderalen europäischen Bundesstaat).

Setting aside the fact that a “federated federal state” is like a round circle, one must still remember that the German Constitution, according to the 2009 Lisbon Judgement of the German Constitutional Court, does not allow such a step to be taken with German involvement. As the Court stated, the people has not given its government the mandate to relinquish the sovereign statehood of the Federal Republic. The decision to integrate the Federal Republic into a European “super-state” (Überstaat) could not be made through a routine amendment to the constitution, but would only be possible if the German people itself took the decision in a new constitution.

This is, of course, possible. But would it also be desirable? As a state, the EU could no longer enjoy the “democratic discount” that it has been accorded as a supranational organization. The central question is then whether the EU would possess the resources necessary for the legitimation of a self-supporting state. The original EEC/EC drew only upon the democratic legitimacy that flowed from the democratically responsible and legitimated governments represented in the Council. It was a monistic legitimation ensured by the requirement for unanimity in decisions of the Council.

If the EU were transformed into a sovereign state, its legitimation would once again be monistic, but now purely European. The only source of legitimation for public authority would be the election to the European Parliament. In order for these elections to achieve what elections in a state achieve, the European institutional structure would have to be patterned after that of the states. However, the democratic substance of a state is not primarily decided on the institutional level. It rather depends on elections and parliament being embedded in a continual process of opinion-formation and the articulation of interests, which is sustained by a European public sphere and Europeanized media.

Meanwhile, a Europe-wide discourse and Europeanized media exist only in rudimentary form and the prospects for a rapid change are small. Yet, without these societal prerequisites for a vital democracy, the chance of a European state generating sufficient legitimation are slim. Even though not all member states can be considered flawless democracies, the conditions for a more-than-formal democracy are incomparably better in a nation state than at the supranational level. Legal sovereignty would thus not improve the situation of the EU, but worsen it.

Dieter Grimm sat on the Federal Constitutional Court from 1987-1999 and is a Professor of Public Law at Humboldt University Berlin and a Permanent Fellow at the Institute for Advanced Study in Berlin.

Schuyler Curriden is a graduate student of philosophy at Humboldt University Berlin.

A Century Ago: From Brest-Litovsk to Rapallo