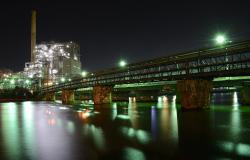 On December 8, amid chaos, the Japanese House of Councillors passed a bill to partially amend the Immigration Control and Refugee Recognition Act of Japan, creating two new residential statuses. In reaction to concerns that employers in some sectors are struggling to secure a cheap labour force, the move expands the admission of “low-skilled” foreign workers to the country from April 2019. It was passed despite criticism and opposition from almost all corners of Japanese society. I have long been a strong and vocal advocate for Japan to admit more migrants with a view to rescuing the Japanese social welfare systems from collapsing under the strain of an aging and shrinking population. However, this particular immigration reform has at least three critical shortcomings. Together, they destine Japan to repeat the migration mistakes made by some “Western” countries in the past.

Firstly, the new schemes are a de facto expansion of the notorious “foreign technical intern programme” which has existed in Japan since the early 1990s and has often been described as state-sanctioned human trafficking and a modern form of slavery. Official figures confirm that 69 foreign technical interns died between 2015 and 2017 and more than 7,000 disappeared in 2017. Numerous interns have reported extremely demanding work (including several hundred hours of overtime), extremely low wages (often one-quarter of the statutory minimum wage), physical violence, abuse and threats by employers, and debt bondage incurred by a corrupt recruiting system. Human rights organisations have long demanded this system be abolished. However, the administration led by the Liberal Democratic Party (LDP) has not only adamantly kept it in place for the past 30 years, but has now decided to expand it, responding to the pleas from small and medium sized companies struggling to secure a work force in such areas as agriculture, fishing, caregiving and nursing, and construction. While one of the newly-created residential statuses paves the way for permanent residence with a possibility of bringing in family members from the country of origin, the other status (which is expected to be the main route) does not allow such possibilities; immigrants are bound to work for a maximum of 10 years with no possibility of family reunification and they face forcible return at the term’s end. This is tantamount to the enslavement of foreigners in Japan.

The second major problem is the complete absence of integration measures. The amendment bill is totally silent on how to ensure the integration of foreign workers, for example through the provisions of language training, cultural orientation, social security measures, health care and the education of children, accommodation, or pension schemes. This is despite the fact that one of the two new residential statuses will allow the migrants to live permanently in Japan with their family members. What is even more alarming is that the new law entrusts all assistance in the daily life of the foreign workers to employers eager to exploit the cheap labor force, with no responsibility or intervention by the central government. When asked about integration measures by the opposition parties at the Diet (the Japanese Parliament), government representatives could not provide any detailed plan on public integration measures. Even worse, the only concrete idea being discussed is to limit migrants’ access to health insurance and pension schemes. It is obvious that the Abe administration still believes that migrants will go home eventually and therefore no public integration strategy is necessary. This is the same mistake that Germany made when it admitted hundreds of thousands of Gastarbeiter – guest workers – from the 1950s to the 1970s, believing them to be only temporary workers and therefore that there was no need for integration assistance. It took Germany half a century to officially promulgate the Immigration Act, which set forth government integration measures in 2005, while the long-term presence of foreigners with limited German language skills and cultural understanding created serious problems for both migrants and German society as a whole.

The third shortcoming is the overwhelming lack of support for the amendment to the Immigration Act from the vast majority of Japanese people. Encouragingly, some of the recent opinion polls show that more than half of the Japanese population understands the need for more foreign workers in general, although very few see the need to amend the immigration law in such a haste. The bill was submitted in early November and adopted a month later after only 38 hours of Diet deliberations, despite all the opposition from various corners. Within my 20-year experience of following debates on migration issues in Japan, this was probably the first time I witnessed a near national consensus from the right (due to the anxiety that an influx of cheap labor from abroad will keep wages low for Japanese nationals) and the left (from the standpoint of human rights protection for foreigners) in expressing their strong reservations against the immigration amendment. This consensus was completely ignored by the Abe administration, which prioritized the logic of the labour market (demand for cheaper workforce) and political self-interest (wanting to minimize political damage by rushing the bill through well ahead of the next general election). The democratic process was scorned, while the Abe administration repeated its official fig-leaf statement that “these measures should not be misunderstood as an immigration policy.” The Abe administration’s disrespect for the Diet and the opposition from the vast majority of the Japanese population is dangerous: it will likely lead to anxiety, a lack of understanding, antagonism, and discrimination against the increasing number of foreign nationals living as our neighbours. “The absence of a carefully formulated integration plan and a transparent explanation for people in Japan is a source of national division, entailing the risk of rising levels of xenophobia, violence, and extremism, as seen in Europe in the wake of the so-called refugee crisis.”

I am all for Japan to be more open and welcoming foreign nationals as our neighbours and future citizens of Japan. However, the current immigration reform is destined to repeat the same migration mistakes made by some Western countries and create a whole host of new problems of its own.

Naoko Hashimoto is a doctoral candidate at the University of Sussex (International Fellow of Nippon Foundation) and a research associate in the Refugee Law Initiative at University of London. She is a GGF 2030 Fellow. Views expressed here are her own.