Is the EU giving Life Support or Assisted Suicide to the Iran Deal? 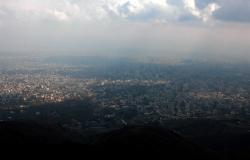 Teheran’s decision to abandon the uranium enrichment limits set in Iran nuclear deal put Europeans in a bind. They couldn’t leave Iran’s actions unchallenged, but they did not want to side with the U.S. policy of “maximum pressure” either. Therefore, they formally triggered the deal’s dispute resolution mechanism on January 14–– just two days before the fourth anniversary of the implementation of the nuclear agreement.

In Washington, the move is trumpeted as Europe finally coming around to end the JCPOA, in particular with the British Prime Minister fawningly speaking about the need for a “Trump deal” . Yet, this is not Europe and America playing “good cop, bad cop”, as many in Iran would suspect. Instead the Europeans are trying to carve out their own approach––especially if they have triggered the mechanism not because but in spite of the U.S. President’s wild threat of hiking tariffs on European cars if they did not.

The European move, though, is risky on various fronts. First, it means calling Teheran’s bluff, which has threatened to fully withdraw from the deal when singled out for non-compliance. If, though, Iran escalates or refuses to work constructively in the resolution process, what will the Europeans do next? Impose sanctions and kill the deal because they have, again, “no choice”? Secondly, whether by lack of Iranian cooperation or simply by lapse of time, the conclusion of the mechanism will near-automatically lead to a snapback, meaning a re-imposition of all pre-2015 UN sanctions. This would spell the immediate end of the deal, landing the Europeans squarely on Washington’s side – where they’ll hear a resounding “told you so” to boot.

Just letting the clock tick down without any new substantive proposal on how to resolve the standoff will not save the deal by magically bringing back Iran into compliance. Now that the three European parties to the deal have triggered the dispute resolution, they must come forward with a comprehensive proposal to calm tensions in the region. If the first fortnight of the new year has shown anything, it is that the EU cannot treat the 2015 Iran nuclear deal separately from events in the Middle East.

There are two reasons why the Europeans have clung to the nuclear deal for so long. It serves their immediate security interests by taking away the threat of a military intervention, whether from Israel or the United States, to undo Iran’s nuclear program. And, for its role in the Iran deal negotiations, the EU earned international recognition in the field of security policy––an area where the union had had little of it before. It is now time for the Europeans to throw their weight behind the deal and diving into regional affairs with a comprehensive proposal for a security dialogue in the Middle East.

Washington’s blatant extortion by allegedly linking the EU’s Iran policy to US car tariffs only underscores the need for Europeans to bolster the still dormant Instrument in Support of Trade Exchanges (INSTEX). In cooperation with Russia and China, they should declare this to be the official channel for humanitarian goods such as food and medicine – items that are legally traded even under US sanctions, but yet no bank wants to run the risk of facilitating their transfer. This effort should be combined with the French-led initiative to provide Iran with a 15 billion U.S. dollar credit line in exchange for a return to the JCPOA’s limits as well as the start of talks on regional security.

Contrary to the nuclear file, where there were specific reasons for the international community to confront only Iran, the blame for regional escalation is shared widely. Therefore, efforts should focus on bringing all sides at the table to unpack mutual threat perceptions and agree on reciprocal measures to lessen tensions. Some tepid talks are already underway with the United Arab Emirates (UAE) sending a delegation to Tehran to discuss maritime security and Riyadh exploring face-saving ways to end its disastrous intervention in Yemen. Regularizing and structuring these at the regional level is the task for the EU, which has multilateral cooperation in its DNA and can build on its UN-mandated role on the nuclear file. It should also complement such talks with direct aid to countries witnessing popular unrest due to economic distress, such as Lebanon and Iraq.

EU member states should also get ready for further escalation in the Middle East, whether from Iran or other countries. Last summer, tanker attacks in the Strait of Hormuz sparked a brief but inconclusive debate on a European-led maritime mission in the Persian Gulf to secure free shipping lines. Now, France has gone ahead to set up a small maritime surveillance initiative in its naval base in the UAE. This should be expanded and ‘Europeanized’ over time, because the next time tensions reach a boiling point in those shallow waters, the Europeans may not get away so easily.

Finally, the Europeans must raise their game with continuous high-level diplomatic involvement, whether through government leaders or trusted envoys. There is no way for the EU to become a serious international actor by only reacting to others’ policies and world events. After all, Europe’s interests are directly affected by events in the Middle East and its goals–– to prevent both an Iranian bomb and another war in the region–– are sound. As so often, it is the political will to back up a strategy with the necessary means that is missing. Yet, intensive care is no place for wait and see.

Cornelius Adebahr is a nonresident fellow at Carnegie Europe. He is the author of the book “Europe and Iran: The Nuclear Deal and Beyond” (Routledge, 2017).