COVID-19 Vaccination: A Real Test of Sovereign Equality and Friendship 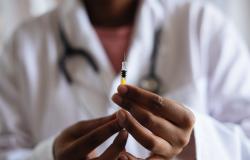 Thomas Ameyaw-Brobbey explores the likely implication of the COVID-19 vaccination on the conduct and practice of international relations and diplomacy.

The Treaty of Westphalia established peace after the Thirty Years’ War (1618-48) from the convoluted discussions that took place in the Westphalian towns of Munster and Osnabruck. Evgeny Roshchin notes that in establishing the Peace of Westphalia, “European powers kept referring to the concept of amity in international conduct,” and that, the “dissolution of the Respublica Christiana, abandonment of Canon Law together with Papal authority, and the spread of the Reformation cleared the space for a new international order based on the achievement of ‘external’ sovereignty” that revolved around sincere horizontal friendship. The parties quietly discarded old forms of vertical, that is, hierarchical deference and instituted equality of sovereign states regulated by friendship, irrespective of power. Friendship was the key instrument that provided the modern international order and made it intelligible. Henry Kissinger corroborated this argument:

All kings were referred to as “majesty” and all ambassadors “excellency.” …demanding absolute equality, [they] devised a process of entering the sites of negotiations through individual doors, requiring the construction of many entrances, and advancing to their seats at equal speed so that none would suffer the ignominy of waiting for the other to arrive at his convenience (1).

Given that the practice of modern international politics still exists within the framework of the Westphalian system, it is important that we discuss the likely implication of COVID-19 vaccine and vaccination on sovereign equality and the whole concept of friendship that mediates it. What role is COVID-19 vaccine and vaccination likely to play in defining friendship among states? How is the vaccine likely to shape our knowledge of global leaders’ commitment to sovereign equality and friendship?

I argue that, as with the COVID-19 pandemic that posed serious international relations and diplomatic challenges in 2020, its vaccination is likely to be the defining challenge on the conduct and practice of international relations and diplomacy in 2021 and beyond, enabling us to measure global leaders’ commitment to sovereign equality and friendship. The vaccination is likely to provide the litmus test to test global leaders’ claim and commitment to sovereign equality, fairness and friendship.

The COVID-19 outbreak dimmed friendship and increased mutual suspicion among states and this was a key feature of the conduct and practice of international relations and diplomacy in 2020. Divergent opinions among world leaders on the origin of the virus caused an information war that was more tenacious than even Former President Trump’s trade war. This tension was generally centered between China on the one hand, and the US and its allies on the other with the Chinese government giving its version of the narrative, with the West either questioning the Chinese narrative or giving their own counter-narratives and vice-versa. Accusations against each other centered on bioweapon engineering which experts of virology have dismissed.

Former President Trump called the virus the “Chinese virus” and insisted “everyone knows it came out of China.” Senator Tom Cotton claimed the virus was China’s Chernobyl. Former Secretary of State – Mike Pompeo – declared that “the Chinese Communist Party (CCP) poses a substantial threat to our health and way of life.” Chinese statesmen also argued that US soldiers deliberately shed the virus in China during the 2019 World Military Games, noting “it might be the US Army who brought the epidemic to Wuhan.” Iran’s Revolutionary Guards chief supported this claim asserting, COVID-19 could be “a product of a biological attack by America which initially spread to China and then to Iran and the rest of the world.”

The US and its allies again charged China for creating the conditions for the virus’s global spread due to its secrecy and incompetence in managing domestic troubles, arguing that instead of disclosing the virus’s outbreak to the world on time, it covered up an impending pandemic. China denounced this claim, arguing strongly that “the Chinese method is the only method that has proved successful” in breaking the chain of infection. Japan cited China’s disinformation and propaganda for aiding the virus’ spread, whiles others in Europe responded to the call for an independent inquiry into its origins. Australia believes “countries all around the world would like to know what happened, because we don’t want to see it happen again.” Brazil accused China of profiting from COVID-19, arguing that “when the crisis erupted, instead of alerting the world, they withheld information and rushed to build respirators, which they’re now selling to a world that’s desperate for them.”

Verbal lash-outs between Chinese diplomats and foreign media increased. In France and Netherlands, Chinese diplomats labelled local media as malevolence, lapdogs of the US and “full of prejudice, discrimination and malice.” These specific examples show a real turbulence in the conduct of international relations in 2020 as a result of mutual mistrust. One expert revealed that “the mistrust of China has accelerated so quickly with the virus that [in Germany] no ministry knows how to deal with it.”

States and private organizations invested huge resources into vaccine research and development in the quest to find both an immediate and a long term solution to the pandemic. Russia reported of a breakthrough that its Sputnik V coronavirus vaccine is more than 91% effective. The US reported that the Moderna vaccine is 94.5% effective. The Pfizer and BioNTech had earlier announced a 95% efficacy. Despite a 70% average efficacy, the UK approved the Oxford/AstraZeneca’s coronavirus vaccine. China approved its vaccine following Sinopharm’s assurance of 79.34% efficacy.

According to Kenneth Waltz, although sovereign states are functionally equal, they are highly unequal in capabilities (2). The current interaction among states reflects this argument. While others can invest in vaccine research and development, the majority of the world’s states lack this capability. Chinese officials believe that the “vaccine is a public good by its nature”, and are keen to provide to its public for free. The UK believes that combining Oxford/AstraZeneca vaccine with “the Pfizer/BioNTech vaccine would be enough to vaccinate the entire UK adult population.”

But what happens to the nations of the less capable states? If equality and friendship are still our guiding principles in the conduct of international relations and diplomacy, then it is ethically and morally prudent that those that have the means to produce vaccines cater for the rest. Realizing this situation, China has promised priority access to developing countries and is ready to send millions of doses. AstraZeneca has also promised to supply millions of doses to developing countries on a not-for-profit basis in perpetuity.

However, in the conduct of international relations, this is easier said than done. For example, using official state data in their examination of Chinese engagement in Africa (1998-2015), Deborah Brautigam and others found that, indeed, there is a huge gap between planned (what has been said) and realized (what has actually been done) investment, and that, significant proportion of planned investments are either not implemented or will never be implemented.

The phenomenon of gains and interests in state behavior are so persuasive, or say, pervasive that they usually blur ethics and friendship especially when huge resources have gone into production. Although it is early, it is not surprising that some scholars like Yanzhong Huang opine that countries will use the vaccine as “an instrument for foreign policy to promote soft power and project international influence” and not necessarily as a basis of friendship and sovereign equality. It is likely that the usual practice whereby dominant states exploit peripheral ones through the usual natural resources trade-off would prevail. Rather than assistance based on mutual friendship, we might have to come to terms with a new concept – vaccine diplomacy – whereby dominant states will use COVID-19 vaccine and vaccination as a strategic tool or commodity to trade-off security and autonomy, or autonomy and deference (3) and peripheral states must comply or suffer the consequence. It must be iterated that the defining challenge in the conduct and practice of international relations and diplomacy in the years ahead is likely to be characterized by vaccine diplomacy.

It is inevitable that initial vaccine supply will be limited, and this brings in the question of vaccine equity. Will the large populations in the developing world be given a sufficient supply?

Equity, whereby everyone is treated justly according to their circumstances is a step towards equality. The WHO has begun to grapple with the issue of the fair and equitable allocation of limited COVID-19 vaccine supplies. It clarifies that “once countries have been allocated enough doses for 20% of the population, additional doses will be made available depending on funding.”

This could be deeply problematic regarding the fact that WHO’s funding is at the behest of the dominant powers. This means that these powers will decide the fate of the developing world and there is a likelihood that significant numbers of people stand at risk of being denied vaccinations. Accordingly, the COVID-19 vaccination is likely to provide the real litmus test of global leaders’ claims and commitments to sovereign equality, fairness and friendship.

Thomas Ameyaw-Brobbey is an Assistant Professor of International Relations, Diplomacy and Security at the Faculty of Law and Public Administration, Yibin University, Sichuan, China.