Who Feels the Consequences of G20 Decisions?: A Tale of Two Cities 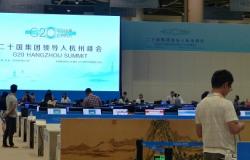 International Media Centre – G20 Hangzhou Summit. With G20 activities fully underway in Hangzhou, China, thoughts have turned to how the high-level political decisions made at the G20 Leaders Summit affect the realities of those who are on the receiving end of these decisions. One area in which this is of particular concern is financing development.

2015 saw the adoption of the Sustainable Development Goals (SDGs) and global concern is now directed towards how these ambitious targets are going to be financed. The UN’s 2015 Addis Ababa Action Agenda (AAAA) sought to make practical steps towards addressing this, however tensions are still present between opinions and priorities of different countries. One of these debates sees developed countries calling for reliance on domestic resource mobilisation and private investment, whereas developing countries are advocating for follow through on Official Development Assistance (ODA) commitments and reduced illicit financial flows. In the end, in terms of ‘real’ financial commitments, the AAAA resulted only in a reaffirmation of prior financial agreements at 0.7 per cent of GNI, which were targets set nearly ten years ago and thus do not represent a substantial change in direction. In this way, one question continues to be unaddressed, namely, the consequence of these debates on the lives of those involved.

One area in which this is particularly problematic is urban development planning. The number of cities with populations over one million is projected to reach 650 by 2030, demonstrating one of the consequences of globalisation and subsequent urbanisation. Rapid urbanisation has presented cities of the global South with many challenges, including sprawling informal settlements, rising inequality, challenges to security and governance, and issues surrounding sustainable development. These are some of the issues outlined within the 2030 Sustainable Development Agenda, and consequently some of the areas that will be affected by financing decisions at the G20.

In the absence of firm financing commitments for development, a common trend sweeping through city development in the global South is the enrolment of private development consultants in public-private partnerships with the view of creating ‘world-class’ cities. One issue that results from handing urban development to private companies is the prioritisation of profitability and protecting the interests of the wealthy, thus further widening inequality.

In cities such as Johannesburg (see Jo’burg 2040) and Mumbai (see Vision Mumbai), the consequence of public-private partnerships in urban planning has seen the further spatial marginalisation of the city’s poorest groups. In these scenarios the state often relaxes regulations for housing development in order to encourage investment, for example decreasing restrictions on Floor Space Index for tower blocks as long as they house a proportion of the city’s informal community. Naturally, private companies seek to maximise the profitability of these developments by restricting the space given to those previously from informal settlements. A further consequence of removing people from these settlements is the loss of informal livelihoods, which is often a significant contributor to the economy of cities. In situations where private companies cannot, or refuse to, incorporate space for the urban poor, they are pushed to the peripheries of cities by forced slum clearance programs led by the state. The consequence of this is often a tale of two cities, spatially excluding the urban poor from livelihood opportunities and resurfacing of slum settlements of the outskirts of the city, inhabited by those who cannot afford housing in the new private developments. These settlements often display many of the issues apparent in the original informal settlements within the city, such as poor sanitation and healthcare provision, lack of infrastructure and high levels of poverty.

Informal communities are dealt with in this manner because they do not align with aspirations of developing ‘world-class’ cities in the global South, that are attractive for foreign investment and seek to situate the city on the global map. This consequence of relying on the private sector for development poses the question of who development is aiming to help.

One of the main areas of controversy surrounding the SDGs is who is responsible for financing them. While talk at the G20 suggests support for increased participation from the private sector and ‘inclusive development’, the question ought to be asked what are the consequences of this decision on the people the SDGs purport to help? Lack of consideration of this side of the debate will not only have potentially damaging consequences for certain individuals and communities, but will further impede the progress of achieving the SDGs. With talk at the G20 summit consisting predominantly of high-level political decisions, we ought to be conscious of the practical implications on every-day life that result. Given China’s stated aim to create a more ‘fair’ and ‘equitable’ development and economic strategy, this is particularly relevant for this year’s summit.