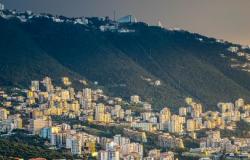 Filippo Dionigi argues that despite the recent presidential election nothing much has changed in Lebanon's domestic politics or its international relations.

From being the centre of attention for regional and international actors, due to the catalysing effect of the Syrian civil war, in the past years Lebanon has shifted to a less relevant and more discrete role in the dynamics of Middle Eastern politics. This has contributed to its relative stability and security, given the chaos that is rocking the neighbourhood. Yet, recent municipal elections indicate a widening gap between the political establishment and the lively Lebanese civil society, but the political leadership remains determined to maintain things as they are in the name of ever the predicated but never really achieved stability and security.

Twenty-nine months after the end of the mandate of Michel Suleiman, the Lebanese Parliament has elected former warlord and current political leader Michel Aoun to be President of the Republic. The long political impasse has come to an end after months of arm-wrestling between local political factions and foreign patrons, with Parliament realising the life-long dream of this 81 year old Christian Maronite leader.

Aoun’s election will not change much in Lebanon’s current state of affairs. The office of the President in Lebanon (that traditionally is reserved for a Maronite by the Lebanese sectarian system) is relatively weak and has a mostly symbolic function, particularly for the Christian community which represents roughly a third of the population.

After the beginning of the Syrian civil war, Lebanon has kept a record of relative stability and security in a turbulent neighbourhood, and no political faction wants to alter this situation. But the possibility that Aoun’s election may facilitate overdue reforms in Lebanon is almost non-existent. The president has minimal ability to shape the cabinet’s agenda, and the consensual system on which Lebanese politics is based has thus far defeated attempts to alter its sectarian institutional architecture. Aoun is a child of Lebanon’s sectarian system and its disfunction, and has no desire to change it.

Instead, the President’s mission is to bring back the Christian Maronite community to the centre of Lebanese politics. Since the end of the Civil War in 1989, Christian political parties have mattered less, suffering from their disastrous role in the conflict, from emigration, and from limitations brought about by the 1989 Taef Agreement.

Aoun will attempt to patch internal divisions among Maronites and the Christian community at large or, more likely, will try to centralise Christian power into his political party, the Free Patriotic Movement. He may try to restate the political role of the Christian parties by facilitating a new electoral law that, in the best of scenario, could lead to the very much overdue election of a new parliament.

The new President will also throw his weight behind a revision of Lebanon’s policy towards Syrian refugees in Lebanon. Aoun’s son in law, the care-taking Foreign Minister Gebran Bassil and leader of the Free Patriotic Movement, has been the most raucous critic of the Syrian refugee presence in Lebanon in the past years. The Christian factions are concerned about this issue because they fear that refugee presence may alter the sectarian composition of Lebanon in favour of the Sunni Muslim community; a reversal in Lebanon’s refugee policy may have significant humanitarian repercussions that global policy actors should try to avoid.

The election of Aoun has been a result of domestic political dynamics and the decline of regional and global interest in Lebanon’s affairs. Internally, the vacuum in the presidential office of Lebanon has been an indicator of how the president is an almost redundant figure. His absence over the past two years did not have ramifications for Lebanon, which instead has continued navigating through the regional crisis at a slow pace under the guide of Prime Minister Tammam Salam. Rather, the presidential impasse has highlighted divisions among Christian groups and has become an opportunity for the former PM Saad al-Hariri to reacquire political influence at a time when his leadership is in crisis. Hariri suffers from a lack of legitimacy within his own constituency, and the financial troubles of his company have marred his relationship with his regional sponsor, Saudi Arabia. It is not a surprise, then, that he has eventually accepted to support Aoun’s election; rumours have it that he expects to be named Prime Minister in return, but this is far from a guaranteed given Hezbollah’s opposition to such an outcome.

Regional and global powers are currently more focused on the Syrian conflict. They have tried to influence the election of Lebanon’s president, or tried to ‘help’ – as diplomats put it – solve the stalemate, but in general Lebanon has become an element of lesser interest in global dynamics. The Syrian civil war has catalysed most of the attentions and interests that international actors previously projected into the Lebanese context and that caused its proverbial weakness and foreign meddling in domestic affairs. The fact that this country has enjoyed a degree of autonomy compared to the past is also one of the elements that may have contributed to its relative stability.

Aoun’s election after all does not translate into a clear victory for anyone among regional and global actors. Although most of them (including Bashar al-Asad) rushed to congratulate with him right after the election, Aoun was not the ideal candidate for anyone. Saudi Arabia is disappointed with his election, while European states and the USA certainly do not see a Hezbollah ally with sympathy, but they are also aware that his election is unlikely to shift balances in domestic affairs and certainly not regionally.

Also for Syria and Iran the result can only be of partial satisfaction. Even though the President has been a loyal ally of Hezbollah for the past ten years, the fact that he has been elected thanks to Hariri’s consensus, his anti-Syrian record, and the support lent to the March 14 alliance until 2006 make Aoun an unlikely signpost of their influence in Lebanon. In addition, if Saad Hariri will be given the task of forming a new government, this will constitute a setback for both Syria and Iran.

President Aoun, for the time being, is the only winner of this match, but with the appointment of a new government looming and in a regional context constantly shaken by tumultuous events, the score may not be final just yet.

Dr Filippo Dionigi is a researcher based at the LSE Middle East Centre, author of a book on Hezbollah and several articles and analyses on contemporary Middle Eastern affairs. He currently researches the impact of the Syrian refugee crisis in Lebanon, Jordan and Iraq.