To Avert Another Global Crisis, Governments must Learn the Lessons of COVID19 and Engage the Private Sector 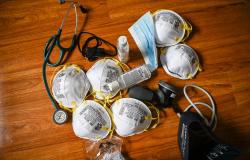 Most governments have been overwhelmed by the scale of the COVID19 pandemic. But it is the nimbleness of the businesses community that’s provided crucial support where governments could not. As such, we must remove the binary divide between centralised command control economies and complete private sector decentralisation.

COVID-19 has rightly been compared to a world war. In that same vein, the conflict will only be won by governments developing new partnerships with private industry. That means encouraging a decentralized approach where the private sector can flourish.

Comparing public sector led responses to more decentralised ones that engaged the private sector offer some valuable lessons. For example, the UK and United States have taken vastly different approaches to virus testing. The UK has largely pursued a public-sector heavy approach, whilst the US unleashed a far more decentralized approach (Trump’s tweets and pleas for clorax injections aside).

Between March 16 and April 10th, the UK doubled testing capacity for COVID-19, largely due to the gallantry of the NHS which recruited retirees and military personnel. Yet, in the same time, the US increased testing by a factor of 21. By April 22nd, the UK tested 559,935 people - far below those tested in Turkey, Spain, Italy, and Germany by orders of hundreds of thousands.

The private sector globally, has also won much recognition for their diverse and creative contributions to building capacity in response to the pandemic.

These are just some of the headline-grabbing examples of private sector contributions to tackling the crisis. Arguably, this is expected at times of crisis. But there is a bigger shift taking place, one that is about more than just good PR or CSR - but about sustainability in a way that could arguably redefine the perception and role of capitalism in society.

These incidents demonstrate there is a wealth of expertise and capability that stretches beyond government capacity. Yet equally, innovation across the private sector is often haphazard. Its decentralised and profit-oriented nature creates scope for bad-actors to exploit the crisis and offers fewer opportunities for quality control. And most critically, where decentralised pools of private sector innovation is producing powerful and effective solutions, the question remains as to how this can be scaled effectively for national benefit? For instance, with local hackerthon groups ramping up PPE manufacturing – we need more liaison between such private sector innovations and state bureaucracies to allow production to scale in a way that meets the greatest social need.

But despite this cultural shift, governments have been slow to recognise the opportunities. They have fallen over themselves to launch command centers, commissions, committees, and czars to “solve” the crisis. Yet those bodies have frequently been slow, unprepared, and are still grappling to keep up.

How public-private partnerships can fill the gaps

Traditionally, private companies were treated as a “reserve army” that existed only on paper but, were expected to pitch in during a crisis. Witness the spontaneous move by alcohol distillers around the globe to transition towards producing hand gel. No one bureaucrat conceived of such a response, but it has been most welcome.

The pandemic is teaching us new lessons about how to recalibrate private-public partnerships in this new age of crisis. We learned that the ‘public sector only’ response can be dangerous in the context of states which have been weakened by decades of austerity. Governments must recognise their limitations.

That means we urgently need a new public-private partnership approach that allows governments to support and scale-up private sector innovation rapidly and direct it to where it’s needed. Governments can provide much-needed financing through grants and loans to support specific innovations. In doing so, they can set public interest terms for how these companies operate regarding fair profit margins. They can also provide their own national intelligence to ensure technological solutions are directed to where they are most needed to address critical supply bottlenecks and other challenges.

Given this pandemic may not be the last global crisis we experience in our lifetime, we need flexibility in how these partnerships are structured, depending on the nature of the innovation and the public interest it addresses. In some cases, these will be short-term partnerships that can cease operation once a crisis is resolved. But in most cases, governments should consider creating seed corn partnerships with industry players that can prove their mettle during the emergency that can then transition to provide post-emergency public services. Those viewed as non-essential but potentially vital during an emergency could be assigned to ‘reserve’ status.

This approach can ensure that during this crisis, governments and the private sector find new ways to collaborate in creating a public-private infrastructure that operates with greater resilience and nimbleness in a crisis context. It would mean in future, overwhelmed governments are far better prepared to harness and mobilise private industry capabilities in the public interest.

At first, it might seem simpler for intergovernmental partnerships with the private sector to flourish. However, politics can hamstring the effectiveness of international organizations. For example, you would expect the World Health Organization (WHO) would have worked with the government of Taiwan on its response to the virus. Yet, instead, even on something as critical as COVID19, Taiwan, a nation of 25 million on China’s doorstep, has been shunned.

Again, in reinforcing how the private sector can compensate for bureaucratic inertia, the Taiwanese President recently attributed the nation’s success in limiting the number of COVID19 cases to 450, in-part to the country’s private sector.

Even when inter-governmental organizations do move quickly, they may not move in the right direction. In March, the EU put-up €45M for a €90M public-private partnership for coronavirus vaccine research. While that bet has not paid off thus far, there are more promising signs elsewhere. There are currently 155 COVID19 vaccines in various stages of trials. The five that have entered into trials are from Moderna, Inovi, CanSino Biologicals and Shenzhen Geno-Immune Medical Institute. Despite their Latin sounding names, the first two are American companies and the third is a Chinese company. Only Shenzhen Geno-Immune Medical Institute is a public institution, reflecting the disparity in speed in which public and private institutions often operate.

The challenge is that broad membership organizations with many members like the European Union (26) or the World Health Organization (194) can often be limited in their scope of action by political considerations.

However, one international forum to overcome this problem is the G20 – comprises primarily of democracies with common interests.

A G20 emergency session could be an ideal forum to develop a joint road map with the business community to tackle this crisis and plan for the future. This can help develop a coordinated international approach for PPE, ventilators and vaccines, but it can also lay the ground for building a more resilient global system.

Dr. Saqib Qureshi is author of the book “The Broken Contract: Making Our Democracies Efficient, Representative, and Accountable”. He previously authored “Reconstructing Strategy: Dancing with the God of Objectivity”. He is an expert in democratic policy development and has advised multiple governments. He is the CEO of the top Toronto-based real estate firm Building Capital, and previously worked at HSBC Investment Bank and McKinsey & Co. Dr Qureshi has written for The Financial Times, Huffington Post, Entrepreneur, Euronews, and TRTWorld. He completed his undergraduate and PhD degrees at the London School of Economics (LSE).

Slavery and the U.S. Prison System