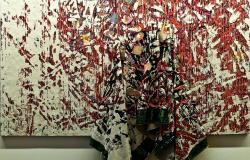 This text represents a talk given by Pascal Lamy to the Association des Centraliens in Paris, on 24th April 2018.

Although recent developments have challenged the established liberal consensus on globalisation, this process is set to continue due to the technological forces underpinning its evolution. While there is rising political opposition in light of increased inequality, undoing the current levels of economic integration will not be easy and strictly national solutions will be insufficient. In this context, Europe needs to unite around its social market model and more strongly project its values in the world.

The ideological formation of the current generation is based on the idea of simultaneous economic and political progress, grounded in market principles. According to this view, the world was being integrated along with Western values. However, recent evolutions have raised doubts about this thesis: the 2008 crisis exposed deep fragilities in capitalism and global markets; illiberalism, nationalism and authoritarianism are on the rise, as well as populism in the West; there is instability in the Middle East and North Korea; Islamist fundamentalism; and the votes for Brexit and Trump.

Yet globalisation is set to continue. This is for two reasons: (1) technology, which has been the main engine; and (2) politics, which has played a supporting role. Indeed, technological change has been the great transformation over the last 30-40 years, and has resulted in a dramatic reduction of both distance and its cost. It has led to the fragmentation of production processes through value chains, breaking the classic importer-exporter dynamic and resulting in more of a circulation of components. This period has also experienced intense financialisation, although a certain financial de-globalisation is clear since the crisis. In other domains, such as the flow of data, the world has globalised very quickly, with new technology set to redefine the globalisation phenomenon.

The supporting motor of the last 30-40 years has been the politics of opening trade. This period witnessed a reduction in trade restrictions, as average tariffs have been cut from 35% to 5%. Some say this will soon stop: Trump was elected on a clearly protectionist platform and, while Brexit is more complicated, it also goes against integration. However, I do not think we are on the brink of a major protectionist episode. While existing political concerns could prevail, they will have to overcome a higher bar than previously due to the levels of economic integration and technological development, and the increased costs going backwards.

In Brexit we have seen this reaction against the status quo, but taking the egg out of the omelette is extremely difficult and costly. This will not be a good thing for anyone, neither the UK nor the EU, which loses a large part of its economy and geopolitical weight. Trump is currently putting in place his protectionist agenda, but some people are trying to explain that restrictions on imports will affect US production and competitiveness, due to its integration into supply chains. There is therefore no major risk of de-globalisation and renationalised production. Trade restrictions today are mainly norms, standards and certification requirements – and it is these that we should pay attention to. The heterogeneity of systems for consumer protection is now the principal obstacle to opening international trade further. It is also more difficult to harmonise these rules – such as on pesticides, GMOs and animal health – as these are more politically sensitive.

The main elements of today’s dominant model that are unsustainable relate to economics, the environment and social issues. In terms of economics, the system is unstable, and we still do not have the theory or the tools to properly understand crises in capitalism. On the environment, we are destroying our planet – not only in terms of climate change but also biodiversity – and we have to find a sensible way of collectively dealing with this. On social issues, globalisation has had a very positive effect in reducing poverty, but there has been a rise in inequality – which is generating far more noise than the historic reduction in poverty.

It is true that current globalisation increases the divide between winners and losers, because it is stronger and deeper than before. Our social systems were designed in the 19th and 20th centuries, and have proved insufficient for the shock of globalisation. The existing differences could explain the differences in political outcomes: in the US they redistribute approximately 35% of what they produce, while in Europe this is 45%. Nonetheless, the system is difficult for the losers, resulting in the current political reaction against globalisation.

Meanwhile, the international system has been too slow to respond. While the birth of the GATT and the WTO signified moment of collective action, the international process has not been successful in recent years: the IMF was insufficient for financial crises, the WTO has stalled since the Doha round, the ILO is weak, the international climate agreement is partial, there are insufficient means to combat international terrorism, there has been corporate tax competition and the exploitation of loopholes by multinationals, and regulations are fragmented between the US, EU and China.

In addition to these challenges, there is the coming challenge of the US-China geopolitical relationship, and the renowned “Thucydides Trap”. Historians note that there has never been such a change without a war, with tensions in the Pacific and economics. In Trump’s view of international trade, China is stealing jobs from the US – despite almost being at full employment and the fact that this trade imbalance is driven by US consumption. The real rivalry, however, is over who will control the technology frontier, which will have considerable consequences.

Europe has the responsibility of fulfilling its mission, of harnessing globalisation and contributing towards the reform of modern capitalism. In Brussels people worry about the divisions in Europe, but in the rest of the world other countries believe that a clear European identity exists. Europe represents a model between US hyper-capitalism and China’s state capitalism, and has an identity as a social market economy with a clear set of values. We are less tolerant of inequalities and more concerned about environmental issues, access to culture, and geographical disparities – while retaining the capacity to be at the forefront of economic and scientific developments. Some issues remain: Europe needs to unite more on security policy, it needs to give a better impression on managing its external borders, the EMU is still fragile and requires reform, and we have lost ground on innovation to the US and China. However, our main weakness is political, and the continued challenges that national politics brings to achieving collective action.

Free trade does not exist; it is a conceptual idea. There is no single domain where it is the case. For example, the protection of consumers – all trade takes place under certain constraints.

There is a French perception on globalisation that is particularly French, and that you would not find in other countries. This situation could be better explained in the public debate. While there are winners and losers from globalisation, these are not permanent as comparative advantages change: the wage advantage of Chinese textile workers is disappearing, for example. What is important is technology and mastering the frontier. South Korea has come a long way since the 1950s, when it was in the same position as Kenya. What was different was the investment in education, which is the biggest determinant of a country’s development.

The transformation of technology produces winners and losers, and it is logical that the protestors complain, but we should not forget the important cultural factors as well as the socio-economic determinants of these frustrations. In the election of Trump, culture was also very important. While there are losers and these have legitimate concerns, the answer is not reverting to protectionism, which would actually hit the poorest in society. The response should not be protectionism but rather addressing the issues in training, the labour market, social security, and geographical disparities. These imbalances need to be addressed.

On Africa, the growing middle class will hopefully stabilise the situation, but migration will continue. Africa does not take enough of a central consideration despite the considerable strategic issues for Europe. We need to talk to African countries and stakeholders, and pay more attention to what is happening there.

On younger generations, the question is how we prepare them for new modes of working and living. While differences will continue to exist between countries, it is possible that they will have more in common than generations today. However, the digital arena is a perfect example of something we are not managing collectively, with big differences remaining over conceptions of data privacy, security and the governance of internet – so there is still much work to do.

Pascal Lamy is a Global Policy Board Member. He served two terms as Director General of the World Trade Organization (WTO) from September 2005 to September 2013.