Multi-party Kleptocracies rather than Illiberal Democracies 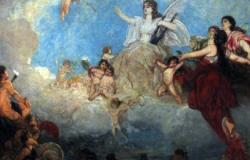 Branko Milanovic weighs in on the current rise of the idea of ‘illiberal democracies’.

The term “illiberal democracy” was, I think, introduced by Fareed Zakaria. It was used as a badge of honor by Viktor Orban, the Hungarian Prime Minister, the erstwhile poster-child of youthful East European reformers and liberals of the 1990s who then decided to turn over the new leaf. More recently, the term has gained further popularity as a way of naming and explaining the regimes such as Erdoğan’s in Turkey or Putin’s in Russia. Perhaps Venezuela can be placed in the same category too.

The implication of “illiberal democracy” is that the system is democratic in the sense that there are free elections, more or less free, or at least diverse, media, freedom of assembly etc., but that the “values” espoused by the regime are illiberal. Erdoğan believes in primacy of Islam over the Enlightenment-defined human rights, Orban believes in “Christian civilization”, Putin in “Russian spirituality”, Maduro in “Bolivarian revolution”. “Illiberal” also implies that the system is majoritarian in the sense that certain “inalienable” rights can be taken away through simple vote. At the extreme, a majority can decide to deny certain rights (say, to free speech) to a minority.

This definition, in my opinion, overstates the value component of these regimes. The core, or the desired objective, of this new breed of quasi democratic regimes is multi-partyism in which, however, only one party can win. Russia has gone the furthest on the road of “electoral engineering” where there is seemingly a democracy, multiple parties etc., but the rule of the game is that only one party can win, and that the others, in function of their “pliability” and closeness to the “party of power”, are allowed to participate in the division of the spoils.

For it is precisely the “division of the spoils” which is a crucial feature of the regimes. They do not share, as some commentators believes, “values” antithetical to Western liberal values. Rather, I believe, these different values are simply invented to provide voters with a feeling that they are indeed voting for some distinct “national”, “homey”, “non-cosmopolitan” program while the real objective of the party of power is to control the state in order to steal, either directly (from overcharged public works or state-owned enterprises) or indirectly (through private sector corruption and laws and regulations that are for sale).

Thus, the party of power is simply an organized thievery that, in order to survive and prosper, needs to pretend to defend certain “values” and, most importantly, to keep on providing financial benefits to its supporters. The system is thus fully clientelistic. It functions very similarly to Mobutu’s Zaire (as beautifully described in Michala’s Wrong’s “In the footsteps of Mr. Kurtz”). The top guys (Erdogan and his son, Putin, Rothenberg and other oligarchs etc.) do, like Mobutu, take the largest slice of the pie, but they are more than anything else, arbiters in the process of the division of money between various factions. When you read Wrong’s book on Zaire, you realize that Mobutu was at the apex of the pyramid, but that he was not an unchecked dictator. To remain in power, he had to maintain support from various groups that were vying for money. This is precisely how Putin maintains his power: not as a Stalinesque dictator, but as an indispensable umpire whose sudden departure would throw the system totally off-balance until, possibly after a civil war, a new, generally accepted arbiter emerges.

I realized that it is this particular nature of the rule combined with clientelism, which is crucial and not some opposition to “liberal” values, when I spent this Summer in Serbia and Montenegro. Montenegro had been ruled by one man, Djukanoviċ, for thirty years. He has in the meantime changed, like Putin, various positions from which he ruled: president of his party, prime minister, president of the country. Moreover, Djukanoviċ’s rule is broadly consonant with Western liberal “values” in the areas of gay rights, environment, lack of regulation and the like. He has brought Montenegro to the threshold of the European Union and included it into NATO. But the structure of his rule is equivalent to that of Putin: control of the government in order to steal, and distribution of these gains to his supporters (and of course to himself and his clique).

In order for such a system to survive it needs to continue winning elections, ideally forever. Ben Ali and Mubarak who headed similar systems in Tunisia and Egypt eventually failed. But Djukanoviċ, Lukashenko, Erdoğan, Putin and Orban have not failed so far. Again Russia is at the forefront here. To win elections, all means are used: state sector employees are strongly “recommended” to vote for the “right” candidate or the “right” party, people are given cell phones with which they record their vote and, if they vote “right” are allowed to keep them (Montenegro used this technique for more than a decade), votes are directly bought, or false ballots are added to sow confusion. The outright stealing of the votes, by falsifying the totals, remains as the ultima ratio. In Russia, such falsification is difficult or impossible in big cities but quite feasible in small towns or faraway areas where the percentage of the vote for the “right” candidate reaches 90 percent or more.

I think that it would be wrong, though, to regard such regimes as a different species from the Western liberal regimes. They simply exaggerate some features that exist in “advanced” democracies: sale of regulations and laws is done in both but it is done more openly and blatantly in the “new” regimes; creation of a real second party in Russia is as difficult as the creation of a third party in the United States; voter suppression is just taken one step further. They amplify, sometimes in a grotesque way, the negative sides of democracies and suppress, almost fully, their positive sides.

But the new regimes’ key characteristic is that they are multi-party electoral kleptocracies where only one party can win.

The Danger of Bailing-Out a Bankrupt Socio-Economic System: The Pandemic and the Day After