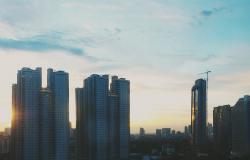 1. Indonesia is one of the world’s fastest-growing economies and could become its 7th largest economy by 2030. What are some of the foreseeable challenges that Indonesia will have to overcome in the coming decade?

One of the most intractable challenges facing Indonesia is weak governance, including high levels of corruption, ineffective public institutions, and inconsistent rule of law. Indonesia’s transition to democracy has been heralded as one of the most successful in the world. The world’s third largest democracy, Indonesia has subsequently undergone several peaceful transfers of power that have further cemented its reputation as a successful post-authoritarian nation. However, although elections and peaceful transfers of power are necessary conditions for democracy, they are insufficient in and of themselves. Indonesia’s democratic resilience and its future growth will be contingent upon its ability to strengthen its governance. There is an overriding sentiment that the rules of the game under the democratic regime have been slightly revised but not fundamentally altered. Indonesia’s police and judiciary are perceived by the electorate as some of its most corrupt institutions. Moreover, decentralization of power and resources to the local level has produced mixed results. More often than not, decentralization merely multiplies opportunities and access for corruption and elite capture. Indonesian public institutions are utilized to facilitate patron-client relationships instead of being run to serve the public. The application of the rule of law is inconsistent and patchy at best. Indonesia’s Anti-Corruption Agency (KPK) is under constant attack by a legislature that is determined to curtail its power and render it impotent while bureaucratic corruption, which undermines the public’s trust in the state, remains widespread. Indonesia faces other major challenges as well, such as the threat of climate change, an unproductive labor force, and income inequality, among others. However, if Indonesia is serious about improving its governance, the country can harness its strengths, capacity, and resources to deal effectively with these and other challenges.

2. The Asia-Pacific region is becoming increasingly important in terms of economic development, but it is also a region characterized by geopolitical tension. What is Indonesia’s role in the region?

Indonesia’s foreign policy ambitions, such as its desire to be a global maritime axis, is grandiose in vision but light on substance. Indonesia’s few hardline approaches, such as its insistence on executing foreign drug traffickers and blowing up illegal fishing boats, are mostly aimed at impressing the domestic electorate (who are highly supportive of such measures because they are perceived as a show of resolve to match Indonesia’s rising power). For the most part, however, Indonesia assumes a role of constructive regional leader not out of a naked ambition for power and prestige but because of genuine global concerns. Thus, Indonesia chooses its battles carefully. It avoids displaying itself as a regional hegemon. Rather, it aims to be seen as an active regionalist that is well-positioned to represent Southeast Asia among the global players (such as in the G20) and a constructive bridge-builder among the smaller regional powers, leading by building consensus. Indonesia has a realistic conception of its economic and military power, with its huge potential but limited capacity, and in most cases opts for more moderate foreign policy ambitions despite rhetoric to the contrary.

3. China is one of Indonesia’s biggest investors and trading partners. What is Indonesia’s stance towards China’s increasing economic influence in the region, especially with regard to the Chinese Belt and Road Initiative?

Indonesia has an ambivalent view of China. The relationship between the two countries has been characterized by an underlying mistrust and suspicion that stretches far back in history. However, Indonesia is practical enough to realize that Chinese investment and its huge market are critical for Indonesia’s continued growth. Although, traditionally, Indonesia has remained on the sidelines of the various South China Sea disputes, the government has begun to take a more assertive approach towards Beijing. Recently, Indonesia renamed the northernmost waters of its exclusive economic zone in the South China Sea as the North Natuna Sea and began increasing its military presence there, despite Beijing’s claims that the area falls into its traditional fishing grounds. However, there seems to be a limit to how far Jakarta is willing to go to challenge China’s territorial claims. For this reason, Indonesia continues to broaden its trade and investment cooperation with Beijing while deepening its political and security partnerships with the US.

Indonesia is very excited about China’s Road and Belt Initiative, since it is poised to be a major beneficiary. China is keen to invest in port development and industrial areas in several locations in Indonesia and promised to invest a total of $9 billion in 50 projects throughout the country, which were supposed to have been completed by now. Unfortunately, only nine projects have been completed so far due to problems related to land acquisition and financing. The scale of public and private financing required, coupled with high risks embedded in infrastructure investment in emerging markets, mean it remains to be seen whether the implementation of its initiative can match the scale of China’s ambition.

4. As a corporate governance consultant, what are some of the challenges and opportunities you see Indonesian companies facing when doing business within the region and further away?

Indonesia’s Financial Services Authority (OJK) has made significant progress in raising the standards for Indonesian listed companies in recent years, which should improve the attractiveness of these companies for foreign investors. However, despite its market size and potential as the largest economy in Southeast Asia, Indonesia continues to lag behind many of its neighbors in all regional and international corporate governance rankings, among other things. Good corporate governance is critical for enhancing business competitiveness and facilitating access to finance. Good corporate governance practices enhance transparency, reducing investment risks to investors and shareholders. Yet, corporate governance is often viewed by Indonesian companies as a compliance exercise with no tangible benefits. So, a major challenge is to shift this mindset among business owners. The key action for the government and regulatory bodies to take is to create an enabling environment which encourages Indonesian companies to race to the top instead of doing the opposite. In addition, the majority of listed companies in Indonesia have an opaque ownership structure, with complex subsidiaries and high potential for conflicts of interest, which further dampens investors’ appetites. Limited protection for minority shareholders also negatively affects the attractiveness of Indonesian businesses. Recently, the government has begun to pressure foreign companies in Indonesia to sell local ownership stakes to the government, to detrimental effect on the investment climate.

On the other hand, Indonesians have a very entrepreneurial and resilient spirit. Many Indonesians aspire to own a business. Disruptive technologies, driven by innovative local companies such as GO-JEK (which began as a motorcycle ride-hailing application and has evolved into multi-purpose mobile-based service provider), provide a platform for small and medium-sized enterprises to grow and thrive by lowering the cost of and barrier to entry. These businesses thrive despite all the challenges facing Indonesia and that’s very exciting.

5. In your opinion, is Indonesia ready to assert a stronger position on the international stage and enhance its status as the ‘Third Asian Giant’ alongside China and India?

Indonesia’s attitude toward the global order is moderate-revisionist: it does not seek to challenge the current US-led international order, but rather proposes readjustments and a recalibration of the current order. Indonesia has started to assert a stronger position on the international stage and has initiated reforms on issues of strategic interest, such as climate change and infrastructure financing, but only on a modest scale. Indonesia faces major domestic challenges which inhibit its freedom of action to pursue a more ambitious global portfolio.

In addition, we can expect to see identity politics driven by resurging Islamic conservatism to loom large in next year’s elections. To be fully realized, Indonesia’s physical and human capital will require not just more but smarter investments. The quality and capacity of Indonesia’s public institutions need further strengthening to enable these institutions to perform their functions effectively and efficiently. All in all, Indonesia has a huge potential to play a constructive role in shaping the international order but, unfortunately, its capacity remains constrained by a multitude of factors.

Liana Lim Hinch is a Corporate Governance Consultant and is a Global Governance Futures 2030 Fellow. The views expressed here are her own.

Early View Article - Emerging Powers, Leadership, and South–South Solidarity: The Battle Over Special and Differential Treatment at the WTO