The How Change Happens of Climate Change 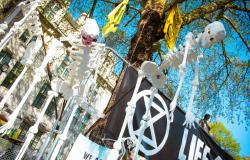 Following on yesterday’s conversation with Matthew Lockwood, I was recently interviewed by a new ‘slow news’ site called Tortoise, Tortoise Tortoise (nice name). They were doing a background piece on the climate change movement, and wanted to discuss the politics.

Apart from regurgitating Matthew’s ideas, (with credit natch), I looked at the 2018/19 upsurge as a potential case study in change and applied some of the analytical framework I wrote about recently. In particular, unpacking the context, institutions, agents and events.

Context: Lots of contextual shifts since the last big upsurge of public interest around the mid 2000s. Some of these are positive (technology, e.g renewables; growing scientific certainty about the impact, backed up by a crescendo of climate events). Some of them are negative (rise of post-truth populism; austerity after the 2008 financial crash). The other contextual shift is of course that 15 years have elapsed and the task of preventing a climate crisis has grown even greater.

Institutions: Lots of progress in areas like the private sector and city level government, but real concerns at national level about the lack of priority/the gulf between talk and urgent action, compounded by the paralysis of the multilateral system. Looking at global institutions now, it is very hard to see them coming up with something like a global Manhattan Project on tech solutions, or leading a major shift on norms and behaviours to change attitudes to consumption and personal carbon responsibility. The climate movement has to try and construct some kind of global citizenship without any matching level of global government – incredibly difficult.

Agents: As Matthew says, the agents look different this time around. We have more bottom up activism – Extinction Rebellion, the school strikes, but less of the leadership from the top that we saw in the mid-2000s. Bottom up activism is good at shifting norms, behaviours and the climate of opinion, but top down delivers public spending, laws and policies, and is the stepping stone to global agreement. Big norm shifts are necessary to overcome the political barriers to action on the scale required, but at some point they have to be translated into politics, and the current prospects for that are bleak.

Events: Lots of climate events, and increasing evidence that the much-feared tipping points (downward spirals where, eg the tundra burns and ice melts, leading to greater absorption of sunlight and more heating) are on us faster than expected, and underpin much of the current wave of activism.

The bit that jumped out at me from the conversation was the lack of top down leadership. Don’t worry, I’m not going to bang on about political will – it feels much more systemic than that. I’ve been thinking a lot about the ‘death of deference’ recently – it is really striking how little faith people have in political (or any other) leaders, and how unwilling they are to trust them to do the right thing.

I used to think that was positive – the move from a ‘trust me’ to a ‘show me’ world means leaders having to demonstrate their value, repeatedly, rather than just saying ‘it’s OK, I went to Eton’. But now I am not so sure – of course, accountability remains a fundamental principle, but lots of much nastier things have leapt into the vacuum left by the end of deference. Populism, of course – telling people what they want to hear in the short term (and then often doing something else); but also the death of deference towards experts and evidence has fuelled a kind of post-truth discourse where every opinion or personal experience is equally valid. ‘It’s cold today so climate change is a myth.’

Finally, we looked at precedents for change of the type and scale currently needed to tackle the climate crisis. Here are some of them, and a (very ill informed) one liner on each – feel free to correct/improve:

There’s another element that I’m only just beginning to explore. What are the precedents for the kind of inter-generational sacrifices required, where today’s generation foregoes consumption to benefit its grandchildren?

At Matthew’s suggestion, I’ve been reading the work of Alan Jacobs (sorry, paywall), trying to understand the conditions under which governments do things that may not benefit them/citizens in the short term (e.g. setting up obligatory pension systems). Jacobs identifies 3 factors that have to be present for this to happen: clear information about long-term outcomes; institutions that can bind in strong long-term commitments and a lack of opposition from organized groups. Applying that to the climate crisis (e.g. how activists can remove barriers/enable these conditions) would be interesting but definitely needs another post.

I would be very interested in your suggestions for how to improve the table, and other precedents for the kinds of changes required to tackle the climate crisis.

Final thought? This will probably not be an all or nothing affair (Star Trek or species extinction). It will be messy, partial, and climate events will make stuff worse as part of broader social, political and economic trends. My greatest anxiety is that the failure of the political response will lead to solutions that benefit the strong and harm the weak – more Mad Max or Dark Ages than Starship Enterprise.

After Protest: Pathways Beyond Mass Mobilization 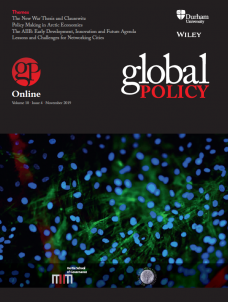