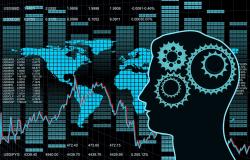 Global Policy presents its 5 most read blog posts over 2019. Many were published in previous years and 3 were exclusive to GP. We hope you enjoy them and encourage writers to submit blogs to us in 2020. We accept new and syndicated content, and a range of formats. Please see here for further details.

Hegemonic Masculinity: How the Dominant Man subjugates other Men, Women and Society

To create a fairer society, Francesco Maria Morettini calls for public discussions over how certain types of behaviour associated with dominance and power create inequalities within and between genders.

The end of the Welfare State? How Globalization is Affecting State Sovereignty

Globalization has had a dual effect on the sovereignty of the nation-state. Since 1945, the normative framework of human rights has embedded a sense of obligation on the part of the state toward its citizens. The social contract now has a strong welfare element to it. Yet, simultaneously, economic integration has limited the range of policy options available to states. (This post, by a former GP staff member, is consistently among our annual top five.)

We live in an era where virtually every government on the planet claims to pay allegiance to human rights and respect for international law. Yet, violations of human rights and plain human decency continue to occur with disturbing frequency in many parts of the world, including many allegedly "democratic" countries such as the United States, Russia, and Israel. Indeed, Donald Trump's immigration policy, Putin's systematic repression of dissidents, and Israel's abominable treatment of Palestinians seem to make a mockery of the principle of human rights. Is this because of"faulty" forms of government or because of some Inherent tension between state sovereignty and human rights? And what about the international regime of human rights? How effective is it in protecting human rights? Richard Falk,  a world renowned scholar of International Relations and International Law sheds light into these questions in the exclusive interview below with C. J. Polychroniou. Richard Falk is Alfred G. Milbank Emeritus Professor of International Law, Politics, and International Affairs at Princeton University and the author of some 40 books and hundreds of academic articles and essays. Among his most recent books are A New Geopolitics (to be published in December 2018);  Palestines's Horizon: Toward a Just Peace (2017); Humanitarian Intervention and Legitimacy Wars: Seeking Justice in the 21st Century  (2015); Chaos and Counterrevolution: After the Arab Spring (2014); and Path to Zero: Dialogues on Nuclear Dangers (2012).

Globalization and Climate Change: A Dialogue With Graciela Chichilnisky and Helena Norberg-Hodge

Is the global warming manageable, or is a climate change catastrophic scenario simply an irreversible outcome that future societies will simply have to face -- and pay the price for the recklessness and irresponsibility of previous generations? The answers to such questions seem to depend in large measure on the way we perceive both the causes and the possible effects of global warming and climate change. For example, while there is a general consensus among scientists that human activities are primarily responsible for the climate change crisis, it is still debatable as to whether certain developments, such as globalization, are in themselves responsible for rising temperatures which threaten humanity with unprecedented disasters and uncontrollable social outcomes. And while certain technologies to combat climate change seem to be readily available, we also have not reached the point where we are willing to take the necessary steps to tackle the problem at hand before it becomes completely unmanageable. In this context, the following exchange of ideas between Graciela Chichilnisky and Helena Norberg-Hodge on globalization and climate change, captured in the form of an interview, is particularly prescient, hoping at the same time that it will inspire a serious and extended discussion on the matters at hand by other scholars and thinkers.