The Bitterness of Adam Smith 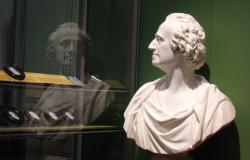 Under the influence of Amartya Sen, we have been “nudged” towards a reassessment of the relative merits of “The theory of moral sentiments “ (TMS) and “The Wealth of Nations” (WN). Sen has done a lot to bring Smith’s early work out of relative obscurity where it was consigned by two centuries of success of the Wealth of Nations and to remind us of Smith’s reputation of a moral philosopher rather, or in addition to, being the founder of modern political economy.

Having recently reread WN (previously I had read only the first two books), I have no doubt that the Wealth of Nations is a vastly superior and more mature work. It is not, I think, because I am an economist and scarcely able to judge TMS. It is just that the underlying atmospherics in the two books are very different. In TMS, Smith, still in thrall, I think, to his professorial role of a moral (and to some extent religious or theistic) teacher, tries hard to put a bright gloss over the vicissitudes of the world. His rejection of Mandeville’s philosophy in the latter part of TMS is contrived and weak despite a strong language used(“pernicious system”, “ingenious sophistry”) and one senses a basic discomfort with the rejection of something that Smith has come, I believe reluctantly, to approve of, or at least to see some merit in. This will become clearer in the Wealth of Nations.

The atmospherics of the WN are entirely different. Not only is it a work of a more mature person (Smith was 53 when the book was published), but the atmosphere there reminded me of Nirad Chaudhri’s definition of human’s third age as one of “stern, almost exultant despair”. For in the Wealth in Nations there are no “good guys”. It is almost entirely the “world of tyranny of evil men” (as Samuel Jackson would say in “Pulp Fiction”).

The government comes, of course, for special criticism: its rapacity in putting up high tariffs, its foolishness in following mercantilist policies, its pettiness in constraining the system of “natural liberty”, its attempts to decide where people should live (the law of settlement, a hukou-like system was then in existence in Britain), its myriad rules and vexations are dissected with righteous anger.

Next to it in terms of “badness” is aristocracy: ”Entails are thought necessary for maintaining this exclusive privilege of the nobility to the great offices and honours of their country; and that order having usurped one unjust advantage over the rest of their fellow-citizens, lest their poverty should render it ridiculous, it is thought reasonable that they should have another” (Book 3; Ch. 2, p. 491).

But businessmen are no better. As soon as they are given half a chance, perhaps just after having gotten rid of some particularly nefarious government regulation, they are back to plotting how to “restrain” the market, to pay suppliers less, destroy competitors, cheat workers (see today’s IT companies, Walmart, Amazon). In the famous quote, “people of the same trade seldom meet together, even for merriment and diversion, but the conversation ends in a conspiracy against the public, or in some contrivance to raise prices” (Book 1, Ch. 8).

In their mad ambition, they try to rule the world (see Davos): “…the mean rapacity, the monopolizing spirit of merchants and manufacturers, who neither are, nor ought to be, the rulers of mankind” (Book 4, Ch. 3, p. 621). Short of the world they try to rule countries: companies of merchants (the British and the Dutch East India Companies) grew immensely rich by mismanaging and exploiting India and Indonesia: “The government of an exclusive company of merchants is, perhaps, the worst of all governments for any country whatever” (Book 4, Ch. 7, p. 722).

And their profits are often a price for general impoverishment: “Have the exorbitant profits of the merchants of Cadiz and Lisbon augmented the capital of Spain and Portugal? Have they alleviated the poverty, have they promoted the industry of those two beggarly countries?” (Book 4, Ch. 7, p. 779).

Businessmen depend on lobbyists and politicians. Those who support them (read K Street and Mass Avenue in Washington DC) will be praised: “The Member of Parliament who supports every proposal for strengthening this monopoly is sure to acquire not only the reputation of understanding trade, but great popularity and influence with an order of men whose numbers and wealth render them of great importance” (Book 4, Ch.2, p. 595).

Those who try to oppose their drive for monopoly profits will be destroyed:

“If he opposes them, on the contrary, and still more if he has authority enough to be able to thwart them, neither the most acknowledged probity, nor the highest rank, nor the greatest public services can protect him from the most infamous abuse and detraction, from personal insults, nor sometimes from real danger, arising from the insolent outrage of furious and disappointed monopolists. (Book 4, Ch. 2, p. 592).

Are “do-gooders” and religious orders (read NGOs) any better? They are treated with implacable irony: “The late resolution of the Quakers in Pennsylvania to set at liberty all their negro slaves, may satisfy us that their number cannot be very great” (Book 3, Ch 2, p. 496); or “I have never known much good done by those who affected to trade for the public good. It is an affectation, indeed, not very common among merchants, and very few words need be employed in dissuading them from it” (Book 3, Ch. 2, p. 572).

Adventurers and soldiers who conquered colonies attracted by the promise of quick gain (see military “contractors” today) “commit[ed] with impunity every sort of injustice in those remote countries” (Book 3, Ch. 7, p. 795). Led by their selfishness they destroyed a great occasion for the beneficial encounter of two civilizations: “The savage injustice of the Europeans rendered an event, which ought to have been beneficial to all, ruinous and destructive to several of those unfortunate countries” (Book 4, Ch. 1, p. 563).

Human selfishness, rapacity, need for pillage crosses places and times: the crusaders were “the most destructive frenzy that ever befell the European nations” and they were spurred on by the merchant republics of Venice, Genoa and Pisa for whom the crusade “was a source of opulence” (Book 3, Ch. 3, p. 513).

There is no end of “badness”. Even Smith’s most famous invention (the invisible hand) takes place despite the natural selfishness of men (“he intends only his own gain”). Note that through the invisible hand, we fulfill a project which was not part of our original design, i.e., our original intention was selfish but we could not satisfy it except by catering to the needs of others. And of course we do not count on “the benevolence of the butcher…but [on] his regard for own interest”. We do not count on butcher’s benevolence because Smith knows that that benevolence is not there, while we can be sure that self-interest is.

Market and the invisible hand indeed turn out to be the almost miraculous contraptions that transform this landscape of hard men, inured to bleakness, pursuit of self-interest and cheating, into a tolerably civilized society where people, on the surface at least, treat each other with consideration. But, I think, there is no doubt to anyone who has read the Wealth of Nations that this is only a veneer. Once it cracks, we are quickly back in the animal kingdom, as we indeed got there during wars, colonial conquests or crusades. And this is perhaps an additional, strong, reason for the importance of market economy, commerce and general economic accoutrements of civilization which, making use of our worst instincts, transform them into a tolerable or respectful behavior. I think that by the time he wrote the Wealth of Nations Smith must have come to agree with Mandeville about private vices and public virtue.

All page numbers are from "The Wealth of Nations", Bantam Classic, 2003; edited with notes and marginal summary by Edwin Cannan; preface by Alan B. Kruege. This post first appeared on Branko's blog.