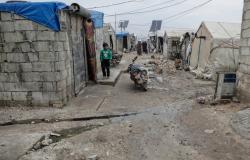 IRC boss David Milliband gave a speech to the ‘West Point Class of 1983’ recently (i.e. US military leaders). The full speech has lots of the protocol stuff required of such set pieces, but also includes his take on ‘six dimensions of change in conflict where we work today’, which I thought were pretty interesting. They are:

– The Rise of Non-State Actors: Some non-state actors focus on global jihad, others on local control, still others on both. Many of these groups emphasize replacement of the local state as a consequence of the armed struggle. Others are commercial or criminal actors like MS-13 in El Salvador or the various extortionary groups operating in Libya. For many of these groups, their goal is not security on their terms, but instead chronic insecurity that creates governance voids they can exploit. All this raises the risks for us, as we seek to navigate shifting alliances and shifting front lines.

– The Use of Proxies and Partner Forces: From the Sahel to Yemen to Libya to Syria, the use of proxies and local partner forces is also on the rise. The increase in proxy forces also means a much more crowded conflict environment. One-fifth of conflicts today involve more than 10 parties and two-thirds involve at least 3 parties. Traveling between Aden and Sanaa in Yemen – a distance of 300 miles – takes our teams through 70 checkpoints set up by the various armed groups operating along the road. And the proxy forces reflect the values as well as the tactics of those who sponsor them.

– Urban Conflict: From Aleppo to Mosul to Kabul, war is an increasingly urban phenomenon, putting more civilians at risk, not just from the direct harms of bullets and shrapnel, but from the indirect impacts of war on health facilities, water and sanitation systems, and housing. Today 85 percent of armed conflict takes place in population centers. In Iraq and Syria, urban offensives accounted for eight times the number of civilian casualties compared to fighting in non-urban areas. This is what our teams in Idlib, Syria, are dealing with today: brutal siege tactics designed to trap, isolate, starve, and force the surrender of civilians in cities, while non-state actors are using the tight quarters of urban environments to neutralize the technological advantages of state militaries, daring militaries to make the choice between risking dangerous combat in narrow city streets or risking widespread civilian casualties in airstrikes.

– Protracted Conflict: Every year the IRC releases a watchlist of the top 20 countries most at risk of humanitarian crisis, from Yemen to South Sudan to the Central African Republic. Among the 20 countries on the list, the IRC has been deployed for an average of 15 years in each country. In six of them we’ve been there for over 20 years. It highlights the fact that conflicts are becoming longer and more protracted. The danger is that conflicts never truly end, but simply evolve from one form to another, one civil war giving rise to another.

– Diversifying Types of Conflict: IRC’s crisis watchlist shows the different types of conflict. There are large-scale, internationalized civil wars like Yemen and Syria. There is state violence against unorganized civilians like in Myanmar. There is violence between community defense groups such as the farmer-herder conflict in Nigeria, which has caused as many deaths last year as the Boko Haram conflict. There is pervasive gang violence driven by commercial and criminal motives rather than political goals, like in El Salvador. There is violence by state-aligned militias acting as proxies of the government, such as the youth militia in Burundi. And there is of course terrorist violence in places like Mali. The increasingly blurry lines between war and peace, between violence and conflict, require us to reimagine what constitutes a crisis meriting humanitarian intervention and what a realistic end goal looks like for displaced communities who may never be truly safe enough to go home.

– Contagion of Conflict: Finally, what happens in one country does not usually stay in that country. There are no Las Vegas rules. Conflicts today draw in more and more countries, whether they’re looking to leverage a civil war for geopolitical advantage or simply concerned about the emergence of terrorist groups capitalizing on the chaos created by warfare. The number of countries participating in armed conflict today has more than tripled over the past 15 years to more than 70. The result is that among the 48 civil wars happening around the world, 40 percent of them involve foreign troops from at least one other country.

He then highlights some ‘challenges to both humanitarian and military organizations’. These are a bit more ho hum than the diagnosis, but include ‘being on the side of civilians in need without fear or favor’; ‘earning community trust’; avoiding a ‘if you can’t beat ‘em, join em’ approach with ‘conflict actors who disregard international humanitarian law’; ‘take seriously the criteria for entry and exit’; ‘face the challenge of living in a world of weakened and fragmented diplomacy, which makes our jobs so much harder by leaving crises to fester and conflict to continue’; and finally, ‘face the challenge of public fatigue at home.’