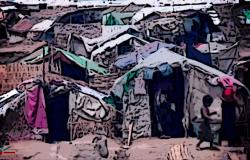 Can a model for facilitating the integration of refugees into local labor markets and economies be found from ongoing research in and around Cox’s Bazar, Bangladesh?

Just ask the European Commission and a wide range of other institutions and policy experts: successful integration of refugees into host societies is not only about legal protection measures. To make it work, integration needs several other pre-conditions such as basic housing and healthcare services, recognition of foreign qualifications, and well-tailored education and training measures. Access to the labour market, in particular, is essential.

Easier said than done. Though nearly all experts and institutions agree on the criteria, there are still very few examples of dedicated and fully operational initiatives that aim to promote a holistic and potentially sustainable approach to refugee integration.

Three migration policy and research agencies – the Xchange Foundation, MOAS and Eurasylum – are working together to explore the contours and practical implications of just such an approach through the launch of a pilot project in the Cox’s Bazar district in Bangladesh.

With a total population of 2,290,000 and an estimated inflow of some 655,500 Rohingya refugees since August 2017, Cox’s Bazar is today one of Bangladesh’s most vulnerable districts, with a poverty rate that far exceeds the country’s national average.

According to the JRP for Rohingya Humanitarian Crisis of March - December 2018, the rapid and massive increase in the refugee population in the south of the Cox’s Bazar District has had an enormous impact on the host communities.

On the one hand, the resulting population density, coupled with the lack of sustainable alternatives for meeting the refugees’ basic needs, has put considerable pressure on the environment, including in terms of deforestation, depleting water resources and road congestion.

On the other hand, according to the same report, because Bangladeshi host communities and the Rohingya refugees often share the same business markets, the recent influx might have given small and medium-size traders the chance to grow their businesses and customer base.

Support is today critically needed for both the local host communities and the refugee population. Alternative socio-economic recovery and development models that can benefit both populations must be designed and tested, following a review of the particular needs, opportunities and conditions for economic development in specific areas of the Cox Bazar district.

The pilot project launched by the above agencies focuses on the small fishing village of Shamlapur, which is currently home to some 9,900 Rohingya refugees, out of a total population of 30,000. Rohingyas in Shamlapur mostly live in makeshift accommodation and are only occasionally engaged in (illegal and seasonal) employment.

As was illustrated by a recent snapshot survey conducted by the Xchange Foundation, two in five Rohingyas depend on financial assistance from a family member who holds an informal job in Shamlapur and almost half sell their non-food aid items to make a living. This is despite the Rohingyas’ often remarkable potential and skills to contribute to the growth and revival of the local economy.

The overall objective of the recently launched project is to stimulate and regenerate the socio-economic fabric in Shamlapur by identifying and supporting new economic activities that involve both Bangladeshi nationals and selected Rohingya refugees. This will be achieved through the provision of advice and assistance for enhancing the existing local production, trade and market access environments, through such means as:

The project, which might involve some 500 beneficiaries initially, subject to adequate funding and suitable demand from within the local Bangladeshi and refugee populations, draws on some of the principles of the so-called Jordan Compact that was established in 2016 with a view to supporting new job opportunities for Syrian refugees through the creation of a Special Economic Zone.

However, because of its more circumscribed and possibly sustainable objectives, the initiative in Shamlapur might have the potential of establishing a model scheme that could be replicated in several other refugee settings around the world.

After having secured appropriate support from the Shamlapur local authorities and the sampled interviewees in the course of various meetings held in March 2018, a team of experts from the Xchange Foundation are now conducting an in-depth survey among the Bangladeshi and refugee populations in the Shamlapur area. The survey also focuses on existing economic actors, local authorities, and other relevant stakeholders.

Through the administration of a well-tailored questionnaire as well as the organisation of informal discussions and focus groups, the survey aims, in particular, to identify the existing local production and trading dynamics in Shamlapur.

Considerations include the predominant economic activities within and outside the fishing industry; the numbers and profiles of different categories of workers and entrepreneurs; the current trading channels and client base; the existing regulatory environment and its possible constraints; the potential for increasing current production  and opening up new markets, within Bangladesh and internationally; the potential for creating incentives for Bangladeshi and foreign companies abroad to offshore selected types of employment or production in the Cox’s Bazar district, possibly through a preferential tax regime; and the potential for diversifying current economic activities and expanding into new sectors.

Another goal is to identify any particular skill shortages and unmet labour demand, within and outside the fishing industry. By surveying the exact educational attainment, vocational training skills and employment history of a representative sample of Rohingya refugees, the team will be able to assess any gaps in the market and create job training programmes to fill them.

The training will not be one-sided, since the team also aims to identify the current employment and business aspirations of selected Rohingyas, as well as any existing business creation ideas and viable business plans that could be supported in the future.

Further research will help map out any key legal/regulatory revisions that might facilitate the integration of selected Rohingyas into Shamlapur’s labour, entrepreneurial and trading markets.

Based on the findings of this survey and the explorative discussions to be held with the local authorities and other relevant stakeholders (including international organisations and NGOs active in the Cox’s Bazar District), a practical and forward-looking report will be prepared that will provide a series of  recommendations for the launch of the proposed pilot project.

The report will be shared and discussed with a range of institutional actors, donor agencies, private foundations and microcredit institutions, within Bangladesh and internationally, with a view to securing some initial technical and financial support for the launch of the pilot project towards the end of 2018.

Solon Ardittis is Managing Director of Eurasylum and co-editor of the “Migration Policy Practice” bimonthly journal. @eurasylum .Chris Catrambone is the founder of the Migrant Offshore Aid Station (MOAS) and of the Xchange Foundation. @moas_eu  @xchange_org,

“Localization” Can Help Free the Planet From Neoliberal Globalization