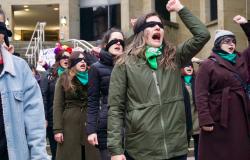 “We will uphold the rights of those who we bring to justice. And we will close the detention facility at Guantánamo Bay,” said the then-Vice President Joe Biden at the Munich Security Conference a decade ago. Will he stick to his pledge? Well, that remains to be seen. The bottom line, however, is that the prohibition against torture is well established under international law owing to the fact that such a vile deed is an affront to the dignity of the human person. Indeed, the relationship between inherent dignity and human rights has long been known as the former being a yardstick on which the latter derives its strength. The Universal Declaration of Human Rights (UDHR), for instance, provides that “all human beings are born free and equal in dignity and rights.” In the same vein, the International Convention on Civil and Political Right (ICCPR) and the International Covenant on Economic, Social, and Cultural Rights (ICESCR) asserts in their preamble that the rights provided therein are “derived from the inherent dignity of the human person”.

As a constitutional value, the notion of human dignity plays a central role in ensuring the normative unity of human rights. Nevertheless, despite its repeated usage, there is no singular and common understanding of the term dignity in the human right discourse. Its meaning and precise content is rather obscure and often conflicting. Hence, the widespread adoption of dignity in modem constitutions and human rights documents has not led to any greater consensus. That said, the purpose of this blog post is not to discuss all the conceptual boundaries, constitutional and philosophical intricates surrounding human dignity. It is, rather, to provide some insights regarding the invariable association among torture, human dignity and human right in a cursory manner.

From a historical point of view, the notion of dignity has long existed being highly attached with the idea of status, honor, respect or rank. During the time of classical Rome, the word dignity, as McCrudden noted, was meant to be “worthiness” which serves as an indication of the outer aspect of a person's social role. Theologically, the dignity of a human person emerges from created in God's image or in having dominion over the rest of nature. From a Kantian moral philosophical point of view, humans’ dignity is highly connected with the idea of individual autonomy to decide his or her own fate. In his categorical imperative, Immanuel Kant’s famous formula of humanity suggests that “it is immoral to use another person merely as a means to an end and that people must, under all circumstances, be treated as ends in themselves”

Humans’ inherent dignity is also constitutionally entrenched in different levels of weightage. In countries like Germany, South Africa and Israel, it is understood as a supreme value which may not be compromised or outweighed for other constitutional aspirations – an underlying norm for the protection and promotion of other rights. Whereas, in countries like Russia, Hungary and Ethiopia it is recognized as a single constitutional right which is on equal footing with other normative standards. Contemporarily, the most widely held view is that it is not any positive attribute that intimately linked dignity with human rights. Rather, it is the comprehension of dignity as an inherent intrinsic worth acquired by virtue of being human that becomes foundational for the modern human rights regime. However, for scholars like Laura Valentini, this way of connecting dignity and human rights is “uninformative at best and counter-productive at worst.” In the same way scholars like Jeremy Waldron have rejected the above formulations contending that “dignity is an ‘attributed’ or ‘assigned’ through some kind of legal or political convention.”

Such diverse standpoints on human dignity have led scholars like Oscar Schachter to conclude that “dignity’s intrinsic meaning is left to the intuitive understanding of everyone.” At the risk of oversimplification, let’s consider that human dignity is an aggregate of the following three constitutive elements for the purpose of this blogpost.  1) Integrity of individuals’ personality and equal status as a human being; 2) Individuals’ assurance of not being humiliated; and 3) Individuals’ ability to be autonomous in determining ones’ own destination or the ability to self-realization.  If, in what follows, human dignity comprises of these elements, which aspect of dignity would be desecrated when a person becomes subject to torture? Here, one may argue that the prohibition of torture, cruel, inhuman and degrading treatment does not need any moral, philosophical or jurisprudential explanation as its evil appears to be self-evident. Nevertheless, to demonstrate why torture has been and should always be prohibited in an absolute manner, the obvious need to be reiterated. As with more articulation will come the possibility to understand the relationship between the ideas of dignity and torture in a clear way.

Legally speaking, torture is “an intentional infliction of severer mental or physical pain or suffering on others.” (See Art. 1 of the Convention Against Torture) Yet, it is imparative to note that this definition blunder other elements of torture. Whilst, to give an instance, the Minneapolis police officer put his knee on the necks of George Floyd,, it was a display of unlimited power over absolute helplessness, not to mention the despicable racism. Though the officer’s display was accompanied by infliction of suffering and pain on the victim, besides the physical pain, the aim seems to be conveying the message of the former’s limitless power and the latter’s utter helplessness. It involves humiliation, breaking the will, courage and spirit of George Floyd. Crucial in establishing the evilness of torture are such perpetuation of domination, control and conveying of subordination, powerlessness and vulnerability.

The right not to be tortured, as is well known, is an unqualified/absolute right. Indeed, it is even subject to universal jurisdiction as it has attained the status of jus cogens and thereby constitutes a peremptory norm of general international law. Yet, such status does not shield it from being subject to rigorous moral scrutiny especially when it is justified as a means of averting undesirable or catastrophic consequences. Despite its non-displaceable character, questions regarding the presence of exceptional circumstances in which torture could be justified or excused are commonly encountered. In a ticking bomb scenario, for instance, the suspect may potentially be subject to torture by police officers or interrogators. And they may justify their action by, say, protecting others from danger or protecting national security. Paradoxical as it may seem, the trade-off becomes between two evils i.e., either violating the suspects right not to be tortured (state’s negative obligation) or not protecting others from being endangered by the suspect (state’s failure of its positive obligation to protect its people). The easiest approach for the perpetrator to get out of such moral and legal conundrum seems to be to take the ‘lesser evil’ based solely on his/her own judgment. Gina Haspel’s refusal to acknowledge torture’s immorality, and yet claiming to hold herself to a strict moral standard during her confirmation hearing could be a typical example here.

The position of the European Court of Human Rights, however, is crystal clear that any treatment contrary to human dignity can never be justified. In the case of Gäfgen v. Germany, the court has decided that “torture, inhuman or degrading treatment cannot be inflicted even in circumstances where the life of an individual is at risk.” In the case of Bouyid v Belgium, the Court of reaffirmed its position stating that:

Putting aside intentional physical attack, the Strasbourg Court considered the practice of keeping remand prisoners in a metal cages during court hearings as a violation of human dignity (see Svinarenko and Slyadnev v Russia). Despite such strong moral and legal condemnation, torture, under the guise of enhanced interrogation or other forms, continues to be prevalent even in countries who claim to be the highest defenders of human rights. Needless to say, the existence of torture, cruel, inhuman or degrading treatment in today's world demeans not only the perpetrator but all of us who are reluctant to speak up against such an abhorrent denial of human dignity. It is worthwhile to remember that “slavery, like torture, was perceived as an evil, but the question was whether other values were more important than eradicating the evil of slavery and could thus justify treating some people as having no rights whatsoever”. Today, as rightly pointed out by Kleinig & Evans, it has become apparent that human dignity is not simply another value – to be traded off against autonomy, utility, and the like – but possesses foundational signiﬁcance. Being hesitant to vigorously oppose torture thinking that it is a necessary evil or believing that it is inevitable whether we condemn it or not, would lead down us to the point of normalizing it. And such complacency is a huge step backward. Thus, we have to celebrate the absolute prohibition of torture and with all one's might, express our complete disapproval of such practice as it is entirely at odds with human dignity.

Temelso G. Getahun is an Assistant Lecturer at Mizan-Tepi University (Ethiopia) and a recent graduate of the Human Rights Law LLM programme at the Central European University. He is currently completing his second master's in the Faculty of Law at Dokuz Eylül University.

Photo by Ipanemah Corella from Pexels