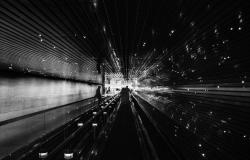 C. J. Polychroniou argues that we must keep alive the memory of, and draw strength and inspiration from, the accomplishments of the labor movement.

May Day is celebrated in more than 90 countries around the world as International Workers’ Day, with large-scale marches and protests, in honor of the struggles of the working class. But not in the country where it began, the United States of Amnesia.

The history of May Day has its origins in the summer of 1884 when the Federation of Organized Trades and Labor Unions decided to launch a nationwide movement to secure an eight-hour workday and called for May 1, 1886 to be the beginning of this campaign.

On May 1, 1886, hundreds of thousands of American workers staged a nationwide march demanding the creation of the eight-hour workday.
Chicago was the epicenter of the protests as they were scheduled to go on for days.

Eventually, the protests turned violent when the police attacked picketing workers on May 3, killing one person and injuring several, at the McCormick Harvesting Machine Company, an event which led the next day to a bloodier confrontation between police and demonstrators in Haymarket Square.

What happened at Haymarket Square is an event of immense historical significance in its own right. More than 170 policemen carrying rifles attacked those that had gathered at Haymarket Square to protest police brutality, even though the city’s mayor, Carter Harrison, had given permission for the meeting.

Ironically enough, most of the people had already left the protest meeting when the police attacked in an attempt to disperse the crowd. But during the confrontation, someone threw a dynamite bomb. The police panicked and opened fire in return. After the explosion and the subsequent gun fire, four workers and seven policemen were dead and dozens injured.

The next day, martial law was declared in Chicago and other parts of the country. Immediately thereafter, scores of labor leaders were rounded up, and eight men, most of them German-born, were eventually found guilty of murder and sentenced to death in a highly controversial trial in which no solid evidence was presented linking them to the bombing of May 4 at Haymarket Square.

The Haymarket Affair also led to an explosion in xenophobia and started the first “Red Scare” in the United States, courtesy of big business and the government.

Additionally, it led to a much more reformist labor movement with the birth of the American Federation of Labor whose first and longest-serving president, Samuel Gompers, was a core capitalist and had no interest in uniting the working class.

In the years following the dramatic events of 1886, the labor movement in the US would experience a series of ups and downs, all while American capitalism continued to operate on the basis of a brutal economy, down to this very day.

The “Red Scare” resurfaced in the late 1910s, with industrialists branding union members as “anti-American radicals,” all while anti-union violence became a widespread practice until well into the mid-20th century.

In celebrating May Day in 2021, we must keep alive the memory of the early struggles of the working-class movement for a better future. We must draw strength and inspiration from the accomplishments of the labor movement through time in order to challenge more effectively the brutality of today’s capitalist socioeconomic order.

Indeed, the struggle against neoliberal capitalism requires a well-organized working-class movement that hasn’t succumbed to the form of historical amnesia imposed by the powers that be. The future has yet to be written.

This first appeared on Rozenburg Quarterly and was reposted with permission.

Photo by David Yu from Pexels