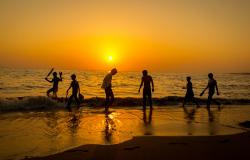 India’s global ambitions are intricately linked to its influence as a regional actor. While Indian Prime Minister Narendra Modi has been busy deepening political and economic ties with world leaders, his country has lost influence in its immediate neighborhood. Meanwhile, an increasingly ambitious and assertive China has been making political, economic, and security related advances in the same region. India’s claim as a player on the global stage will be judged against its ability to manage security and stability in its own backyard. To do so, India needs to step up its game in South and Southeast Asia as well as the Indian Ocean Region (IOR).

This will not be easy. The domestic political and security situations in India’s neighboring countries pose thorny challenges. These countries have started to drift away from New Delhi; at the same time, they are building closer ties with Beijing, posing a direct threat to India’s influence in the region. But India can still regain its ground by delivering on regional economic development, acting as a good neighbor, sponsoring regional integration, and cooperating with like-minded countries from the wider Asian region region – such as Japan – and beyond.

India’s slipping attention on its neighborhood became clear in early February, when political unrest and a power struggle in the Maldives led to the declaration of a state of emergency across the island nation. India was caught off guard. What is more, engagement between Male and Pakistan has since deepened, much to New Delhi’s dismay. Nepal and Sri Lanka have both witnessed the resurgence of actors with strong pro-China leanings: the Communist-Maoist coalition government and Mahindra Rajapaksa, respectively. This has undercut India’s recent efforts to improve relations with the two countries. India’s relationship with Pakistan remains tense, while in Afghanistan, New Delhi has little unilateral influence on the ground despite years of efforts and engagement.

The China factor further complicates the picture for India. As New Delhi dithers with its regional diplomacy, Beijing has systematically raised its profile among India’s immediate and extended neighbors, including in the IOR. Beijing has provided large loans, invested in major critical infrastructure projects and the energy sector, and offered military assistance and political support in the United Nations Security Council through its veto powers (for example, China opposed any intervention by the UN in the Maldives). India’s neighbors are moving toward China’s strategic orbit and most have already agreed to join China’s Belt and Road Initiative (BRI), much to New Delhi’s consternation.

To a degree, regional powers will always face pushback from their smaller neighbors. That India’s neighboring countries are hedging against New Delhi’s influence through alternative partners is not surprising. However, China’s appeal in the region is equally due to significant flaws in India’s own regional policy, especially its lack of focus on the country’s immediate surrounding. If it wants to counter China’s influence in the region and play a role on the global stage, New Delhi should make it a priority to remedy past mistakes and improve bilateral relations with its neighbors. There are three immediate steps it can take.

Focus on the Neighborhood

First, India should take the initiative and offer more to its neighbors in terms of economic growth and development. As India’s Minister of External Affairs argued, “India, by virtue of its size and location, has a special responsibility in driving the locomotive of South Asian growth and renaissance.” There is no shortage of political plans to this end. The Bangladesh-Bhutan-India-Nepal (BBIN) Initiative, the South Asian Association for Regional Cooperation (SAARC) space satellite program, and the bilateral agreements to sponsor connectivity and energy projects in Bangladesh, Bhutan, Myanmar, and Nepal are all cases in point. However, it is critical that India matches its rhetorical promises with action. The delay of Indian-funded projects in South Asia, Myanmar and Iran, for instance, has raised questions about India’s capacity to deliver. Bureaucratic red tape is blocking progress. Prime Minister Modi has promised to expedite these projects, but New Delhi will have to improve its record of delivering on projects if it wants to lead the charge toward regional integration and development.

Second, India should sharpen its profile as a benevolent neighbor. However, to do so, the country will first have to recognize the limits of coercive diplomacy. Measures like economic blockades (such as in Nepal) or the refusal by Prime Minister Modi to visit a particular country unless its political situation improves (such as in the Maldives in 2015) will only drive these countries further away from India. To be perceived as a benevolent regional power, India will have to recognize the independence of its neighbors and respect their right to chart their own destiny, both in domestic politics and in external relations. Importantly, such respect will also have to include relations with China.

Third, New Delhi needs to do more to ensure that its efforts to promote regional cooperation and multilateralism in South Asia and the IOR are effective. It is positive that the Modi government has accorded greater priority to groupings like the Bay of Bengal Initiative for Multi-sectoral Technical and Economic Cooperation (BIMSTEC), the BBIN Initiative, and the Indian Ocean Rim Association (IORA). New Delhi seems to have realized that these can serve as platforms for demonstrating leadership by convening the countries of the region under the umbrella of Indian-led initiatives. The promotion of unity and a common identity in South Asia or the Indian Ocean can serve as a bulwark against growing Chinese assertiveness in these regions. However, that alone will not be enough if India falls short of making sure that these forums live up to their potential. The IORA and BIMSTEC, for instance, have been criticized for their sluggishness. Moreover, while mostly focused on trade liberalization and transportation, the latter needs hard cash to back up less tangible forms of connectivity (such as people-to-people exchanges), which India should provide. This could also include an increase in knowledge and academic exchange among scholars, experts, and other key stakeholders in the different countries.

While India has taken the lead in reviving the IORA and BIMSTEC, it would also be in New Delhi’s interest to breathe new life into these platforms and push them forward. For example, India should institutionalize the Summit-level meetings and use its bilateral relations with member countries to encourage them to increase their political investment in these groupings.

Look Beyond the Region

In addition to focusing more on its immediate neighborhood, India should continue to deepen its cooperation with other powers in the Asia-Pacific region while seeking additional partnerships with like-minded nations even further abroad. There has already been a shift in the way that India has sought cooperation with others to stem the Chinese presence. In a speech last year, India’s former Foreign Secretary Subrahmanyam Jaishankar stated his country’s willingness to “work closely with a number of other international players whose approach is similar,” something that has often been lacking in the past. Cooperation between Japan—an important partner in the Asia-Africa Growth Corridor—and India has been touted as an alternative to China’s BRI. With the United States, India conducts joint naval exercises and even developed a joint strategic vision for the Asia-Pacific. Australia is another important strategic partner, as indicated by the trilateral naval exercises India has conducted together with Canberra and Japan. Together, these four countries—India, Japan, Australia, and the United States—have also revived the Asian ‘Quad’, an informal grouping of democratic maritime powers that focuses on both the Indian and Pacific Ocean regions.

While these are important steps, it is also important for India to identify other like-minded nations further abroad and build on partnerships with them. The India-France Joint Strategic Vision for the IOR, released during French President Emmanuel Macron’s visit to India in March this year, is a promising start. In it the two countries signal a joint focus on maritime security issues, including on safeguarding maritime traffic in that face of terrorism and piracy as well as respect for international law, particularly the freedom of navigation and overflight. The strengthening of the economic, political and strategic dimensions of engagement between the two countries should serve as a model for relations with other European countries and the European Union as a whole.

Addressing China’s increasing influence in its own back yard is the biggest strategic challenge confronting India. If New Delhi plays it right, it can recapture its leadership role in driving and shaping regionalism in South Asia and beyond. By improving bilateral relations with its neighboring countries, India will serve its own self-interest and strengthen its regional cooperative initiatives. Looking further ashore, India’s cooperation with the Quad countries has the potential to shift the geopolitical landscape of the region and raise India’s global profile as a ‘Net Security Provider’ in the IOR. The deepening Indo-French political and security ties could help India explore similar opportunities with other European powers and add to the country’s multilateral strategy on issues of security and development. Seeking stability and security in its own neighborhood will be important for India as well as other countries in the region and beyond. India is the world's largest democracy. How it manages its regional affairs will directly impact how the rest of the world perceives the country’s claim to a bigger role on the global stage—for better or worse.

Aryaman Bhatnagar is an alumnus of the Global Governance Futures – Robert Bosch Foundation Multilateral Dialogues program (GGF) and will be working with the Global Public Policy Institute (GPPi) in Berlin from November 2018 as a German Chancellor Fellow. Joel Sandhu is a project manager with GPPi.

Understanding International Organizations’ Headquarters as Ecosystems: The Case of Geneva