The Anatomy of US Military Policy: An Interview With Andrew Bacevich 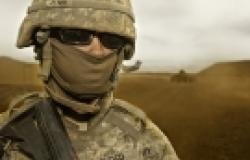 Since the end of the Cold War, the US has been the only true global superpower, with US policymakers intervening freely anywhere around the world where they feel there are vital political or economic interests to be protected. Most of the time US policymakers seem to act without a clear strategy at hand and surely without feeling the need to accept responsibility for the consequences of their actions. Such is the case, for instance, with the invasion of Iraq and the war in Afghanistan. US policymakers also seem to be clueless about what to do with regard to several "hot spots" around the world, such as Libya and Syria, and it is rather clear that the US no longer has a coherent Middle East policy.

What type of a global power is this? I posed this question to retired colonel and military historian Andrew Bacevich, a Boston University professor who has authored scores of books on US foreign and military policy, including America's War for the Greater Middle East, Breach of Trust, and The Limits of Power. In this exclusive interview for Truthout, Bacevich explains how the militaristic nature of US foreign policy is a serious impediment to democracy and human rights.

C.J. Polychroniou: I'd like to start by asking you to outline the basic principles and guidelines of the current national military strategy of the United States.

Andrew Bacevich: There is no coherent strategy. US policy is based on articles of faith -- things that members of the foreign policy establishment have come to believe, regardless of whether they are true or not. The most important of those articles is the conviction that the United States must "lead" -- that the alternative to American leadership is a world that succumbs to anarchy. An important corollary is this: Leadership is best expressed by the possession and use of military power.

According to the current military strategy, US forces must be ready to confront threats whenever they appear. Is this a call for global intervention?

Almost, but not quite. Certainly, the United States intervenes more freely than any other nation on the planet. But it would be a mistake to think that policymakers view all regions of the world as having equal importance. Interventions tend to reflect whatever priorities happen to prevail in Washington at a particular moment. In recent decades, the Greater Middle East has claimed priority attention.

What's really striking is Washington's refusal or inability to take into account what this penchant for armed interventionism actually produces. No one in a position of authority can muster the gumption to pose these basic questions: Hey, how are we doing? Are we winning? Once US forces arrive on the scene, do things get better?

The current US military strategy calls for an upgrade of the nuclear arsenal. Does "first use" remain an essential component of US military doctrine?

It seems to, although for the life of me I cannot understand why. US nuclear policy remains frozen in the 1990s. Since the end of the Cold War, in concert with the Russians, we've made modest but not inconsequential reductions in the size of our nuclear arsenal. But there's been no engagement with first order questions. Among the most important: Does the United States require nuclear weapons to maintain an adequate deterrent posture? Given the advances in highly lethal, very long range, very precise conventional weapons, I'd argue that the answer to that question is, no. Furthermore, as the only nation to have actually employed such weapons in anger, the United States has a profound interest and even a moral responsibility to work toward their abolition -- which, of course, is precisely what the Nuclear Nonproliferation Treaty obliges us to do. It's long past time to take that obligation seriously. For those who insist that there is no alternative to American leadership, here's a perfect opportunity for Washington to lead.

Does the US have, at the present time, a Middle East policy?

Not really, unless haphazardly responding to disorder in hopes of preventing things from getting worse still qualifies as a policy. Sadly, US efforts to "fix" the region have served only to make matters worse. Even more sadly, members of the policy world refuse to acknowledge that fundamental fact. So we just blunder on.

There is no evidence -- none, zero, zilch -- that the continued U.S. military assertiveness in that region will lead to a positive outcome. There is an abundance of evidence pointing in precisely the opposite direction.

It all depends on how you define "militaristic." Certainly, President Obama reached the conclusion rather early on that invading and occupying countries with expectations of transforming them in ways favorable to the United States was a stupid idea. That said, Obama has shown no hesitation to use force and will bequeath to his successor several ongoing wars.

Obama has merely opted for different tactics, relying on air strikes, drones and special operations forces, rather than large numbers of boots on the ground. For the US, as measured by casualties sustained and dollars expended, costs are down in comparison to the George W. Bush years. Are the results any better? No, not really.

To what extent is the public in the US responsible for the uniqueness of the military culture in American society?

The public is responsible in this sense: The people have chosen merely to serve as cheerleaders. They do not seriously attend to the consequences and costs of US interventionism.

The unwillingness of Americans to attend seriously to the wars being waged in their names represents a judgment on present-day American democracy. That judgment is a highly negative one.

What will US involvement in world affairs look like under the Trump administration?

Trump's understanding of the world is shallow. His familiarity with the principles of statecraft is negligible. His temperament is ill-suited to cool, considered decision making.

Much is likely to depend on the quality of advisers that he surrounds himself with. At the moment, he seems to favor generals. I for one do not find that encouraging.

C.J. Polychroniou is a political economist/political scientist who has taught and worked in universities and research centers in Europe and the United States. His main research interests are in European economic integration, globalization, the political economy of the United States and the deconstruction of neoliberalism's politico-economic project. He is a regular contributor to Truthout as well as a member of Truthout's Public Intellectual Project. He has published several books and his articles have appeared in a variety of journals, magazines, newspapers and popular news websites. Many of his publications have been translated into several foreign languages, including Croatian, French, Greek, Italian, Portuguese, Spanish and Turkish. This post first appeared on Truthout.