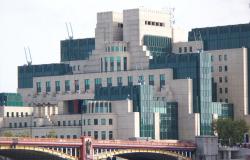 The UK’s sdecision to allow Huawei to build part of its 5G network despite US opposition threatens to undermine one of the world’s longest standing and most important intelligence partnerships.

There is no closer intelligence relationship between two countries than that between the UK and the US. Forged during the second world war, it developed through a series of memorandums of understanding between 1946 and 1948 to form the UKUSA agreement. Since then, a huge volume of intelligence has been shared between the two countries.

The Huawei case is unusual in that the UK and US have disagreed publicly, whereas disputes on intelligence issues usually play out behind the cenes. It’s also the result of a deliberate policy choice by the UK. And it concerns communications technology – usually an area of close alignment.

The US publicly opposed Huawei’s involvement and even sent a delegation of officials from the National Economic Council and National Security Agency (NSA) to argue its case. The US position is that Huawei is a tool of the Chinese Communist Party and allowing it to build parts of the UK’s 5G network would give the Chinese state access to vital infrastructure and the ability to conduct espionage on UK citizens. Despite this, the UK went ahead, albeit restricting the firm to supplying non-core parts of the network. This is a strange decision for the UK government to make as it has historically bowed to US pressure to preserve its most important alliance.

Elbridge Colby, a former deputy assistant secretary of defense in the Trump administration, laid out possible retaliatory measures against the UK by the US.

Re UK decision on Huawei. Brits sucker punched US on absolutely key issue & at critical juncture. A thought on some leverage US could exercise:
1) USMC F-35Bs that will be “lent” to Royal Navy for carrier given RN aircraft shortfall
2) Trident D-5 cooperation. US should review

The US secretary of state, Mike Pompeo, offered conciliatory language on his visit to Britain days later. “They considered it carefully. I have respect for their sovereign decision,” he said, but noted that whether this would affect future cooperation “remains to be seen”.

Put out in the past

Researching the workings of this relationship for a new book on UK intelligence, I heard how tensions have arisen before that threatened the flow of information between the US and UK.

In 2010, the UK’s Court of Appeal ordered the release of a summary of classified CIA information relating to the interrogation of a terrorism suspect, Binyam Mohammed. During the judicial process, the US threatened to withdraw intelligence cooperation and a letter was sent from the US intelligence community, following the appeal, making it clear that negative actions would follow should this be repeated.

A member of parliament’s intelligence and security committee, whom I interviewed, recalled speaking to the CIA soon afterwards and finding:

They were really annoyed that their intelligence had been used in open court in that case and they were just quite rude … I remember one of them saying ‘If someone is about to blow up central London we will cooperate with you. Anything else, forget it’.

In fact, the relationship survived intact. But if that’s how the US responded when the UK government was compelled to act by a court of law, expect it to be even more angry behind the scenes by the UK making a choice of its own volition.

What’s shared and when

The latest falling out is over communications technology, which has up to now been the closest area of cooperation between the US and UK intelligence communities. Personnel from the NSA are routinely embedded in the UK’s Government Communications Headquarters (GCHQ) and vice versa. A former director of GCHQ told me that their US counterparts are “extremely generous in passing over knowhow about how you get technology to work”. The UK benefits significantly from its connections with much larger and better resourced US agencies such as the NSA.

This level of warmth was not apparent in the descriptions of officials from other UK agencies, especially the Secret Intelligence Service, MI6. A former UK intelligence officer explained, using the fictional country Ruritania as an example:

The risk in overruling US objections over Huawei is that it begins to undermine the closest aspects of cooperation, over communications and surveillance, and leads to a more transactional (and potentially fragile) relationship in the future. That could have a big impact on future intelligence sharing between the two countries.

We need to Talk about Big Data and Genomics. Here's Why – and How