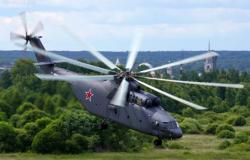 Mihai Chihaia analyses Russia’s current approach towards North Africa highlighting the main avenues of cooperation with the countries in the region.

North Africa has long been an essential vector for Russian foreign policy, with multiple political, diplomatic and military resources dedicated to the presence in this region. On the overall, Russia looks to build up its presence in the area through establishing closer links in mutually beneficial areas such as military, energy and nuclear energy in particular (developing nuclear reactors with local partners) and also looks to boost strategic partnerships or explore new domains of cooperation (establishing factories of Russian manufacturers in the region, developing new paths of economic cooperation in agriculture, technology, tourism etc.). The main aim is to display itself as a strong partner and develop economic ramifications that bring revenues and political influence.

Strategically speaking, the Russian government aims to recognize the local economic and military needs in North Africa and enhance its regional presence. In this sense, wearing off debts under some form of agreement and attractive financial schemes are very effective tools. Russia also quantifies on the need of the regional actors to diversify their international partners, for instance when acquiring military equipment.

What are the implications for the region? The North African countries are looking for economic stability and development, diplomatic support, and to ensure that their security needs are met. In other words, this indicates that the local governments are ready to cooperate with global and regional powers. Therefore, they generally welcome the Russian involvement, although they treat it with cautiousness. On the long term it is rather difficult to assess developments but naturally, the EU and the US will search for ways to become more visible and enhance their credibility in the region, countering the Russian influence.

The extent of cooperation between Russia and the North African countries

In the context of the uncertainty of the relations with the US (a traditional long-standing ally), it is clear the need for Morocco to search to strengthen ties with other international powers and explore every option available. Proof of this is the king’s visits to China and Russia, in spring 2016, in order to deepen strategic ties. Russia developed relations with Morocco on two directions, namely economic and security & defense. Once again, Russia is seizing the opportunity to fill a gap and extend its influence by being ready to supply Morocco with military equipment and expand economic ties (growing foreign investments, trade and expanding tourism opportunities – Morocco seems very appealing for Russian tourists). I would argue that in the case of Morocco, Russia is looking to establish itself as a strategic partner in multiple areas. The recent visit of the Russian Prime Minister in October 2017 confirms this, its scope being to explore new dimensions for furthering this partnership, the economic area being the most feasible way to do so (with emphasis on agriculture, trade, energy, tourism etc.) while also exploring cooperation in the military sphere.

The Russian Prime Minister’s tour also included Algeria, highlights of the visit being discussions to further deliver military equipment (aircrafts and air defense systems) and to establish factories of Russian companies that make trucks, bulldozers etc.  The Russians are looking to extend the economic cooperation and maintain Algeria as an important weapons buyer. Russia is the largest supplier of military equipment to Algeria and according to the data gathered by SIPRI, every year from 1999 to 2016 Algeria has signed deals to buy significant weaponry from Russia (a few examples in this sense are the acquisitions of multi-role fighters Su-30MKI(A) and Mi-28 attack helicopters).

Another point worth mentioning in the case of Algeria-Russia relations is that the Russian government agreed to erase the debt owed to the former Soviet Union and in exchange Algeria purchased Russian goods in the amount of the disregarded debt. This has been a practice in multiple cases in Africa.

Cooperation in the energy field is very important, Russian companies being very involved in Algeria – Gazprom and Sonatrach explored together the El Assel block and found oil and gas reserves with further exploration currently underway (Gazprom owns 49% of the project). Nuclear energy cooperation is also on top of the cooperation agenda between Russia and Algeria, the countries having signed an agreement to cooperate in 2014 and being currently in discussions to build Algeria’s first nuclear power plant.

The deal concerning the nuclear energy area signed in 2016 with Tunisia is also relevant and involves cooperation in research and development of nuclear infrastructure including reactors and power plants. Furthermore, the rise of the Russian tourism in Tunisia in the past years is very important in the overall relations between the two countries. On military cooperation, it is noticeable the intention of the Russians to supply Tunisia with military equipment (helicopters, bullet-proof vests and night-vision goggles) with the aim of supporting Tunisian forces in the fight against terrorism. Russia goes the extra mile and brands itself as an important partner in fighting terrorism in the region by being ready to support with military equipment, sharing intelligence and expertise.

In the context of worsening relations with the US and rather stranded ones with the EU, Egypt has moved closer to Russia in the recent years. The August 2017 visit of Egyptian Prime Minister to Russia and the meeting between Putin and Sisi in China at the BRICS summit in September are just the most recent examples of the strengthened relations between the two countries.

The military equipment package deal (2014), the agreement to buy Russian attack helicopters (2016), cooperation in fighting terrorism in the region and joint military exercises are all part of the nexus of cooperation between Egypt and Russia.  The agreement on the construction of the El-Dabaa power plant, a partnership between Rosatom and the Egyptian authorities, has been finalized during the September meeting with a very good financial scheme in place (a loan offered by the Russians that will cover 85% of the costs).

The relationship between the two countries is also important from a political standpoint, through the lens of regional issues where the two actors have common interests and support or can support each other such as in the case of Libya. Amidst the crisis in Libya, Russia is providing support to the Libyan National Army (LNA) commander Khalifa Haftar, and is present in the overall international negotiations expecting to play a role in a future stable Libyan state.

The relationship with Egypt remains rather limited on the economic side although discussions have been opened to boost economic cooperation, for example development of a Russian industrial zone in Egypt.

When analyzing the level of the partnership between Russia and Egypt, we also need to see the bigger picture in terms of the acquisition of military equipment – Egypt is currently buying from multiple sources (French aircrafts, Mistral ships and German submarines) which means that the Egyptian government is looking to diversify and meet its military needs and not necessarily that Russia is seen as a special partner in this area.

Prospects for Russia’s engagement in the region

While Russia’s strategy to expand its influence and capitalize on circumstances seems to yield some results, it is important to look on the long term and also point out the possible risks and limits of the Russian actions. The Russian military equipment will most likely continue to be attractive, establishing helicopter service centers, offering modernization programs and beneficial financial schemes also supporting this premise.

Nuclear energy cooperation seems very attractive in the region with more possible projects under way. However, it is still not clear on whether ultimately it will reach the expected results, because of the long term projects. Furthermore, there is also the threat of diversification of energy sources and the overall costs of the projects (although, the financial schemes offered are very appealing it is highly uncertain whether these projects will be finished given the volatile political and security environment and the huge costs involved). In regard political cooperation and diplomatic support the assumption is that it will remain something depending on circumstances and needs and it will not become a full-fledged strategic partnership with the countries from the region.

Altogether, the Russian actions in North Africa represent a challenge for the EU and US approaches to the region that are aimed at deepening cooperation and fostering sustainable development. Enhancing the US and especially the EU involvement in the region would be very beneficial for the local countries and would signal that the partners from North Africa are very important. On a different note, China is also worth watching in the next years as it seems it becomes more present in the region, mainly economically.

Mihai Chihaia is an Expert with the Romanian think tank Strategikon and a PhD Candidate in International Relations.