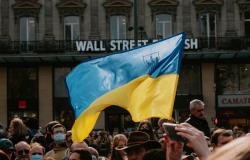 C.J. Polychroniou and C. P. Chandrasekhar discuss India's response to the pandemic, the Ukraine crisis, and policymaking and neoliberal economics.

C.J. Polychroniou: You taught for more than thirty years at the Centre for Economics Studies and Planning, Jawaharlal Nehru University, New Delhi, and I understand that you will soon be joining the Political Economy Research Institute (PERI) at the University of Massachusetts at Amherst. Your areas of specialization are in Macroeconomics and Development Economics with emphasis on industry and finance. What sort of research projects are you currently working on, or plan to work in the near future?

C.P. Chandrasekhar: Yes … I was fortunate to have served for more than three decades in a Centre that I think has done much to keep progressive and heterodox traditions alive. And I look forward to working with colleagues at PERI, many of whom I have known and interacted with over many years.

In recent years my research has been on themes falling in three broad areas. The first has to do with the dynamics of less developed, “mixed economies.” These tend to be constrained by their subordinate position in the international economic order on the one hand and by internal structures (often shaped in a colonial past) that set barriers to productivity advance and render the system demand constrained on the other. I have sought to study the ways in which the regimes of accumulation that characterize such economies reproduce backwardness in peculiar ways, prevent (in all but one or two exceptional cases) progress to developed country status, and perpetuate social and economic deprivation.

The second broad area is the relationship between financial structures and economic development. Developed industrial societies have seen financial structures that have varied over time (such as during and after the Glass-Steagall years in the United States) and across geographies (illustrated, for example, by the distinctive features of continental banking during and after the spread of the industrial revolution to Europe and by the main bank system in Japan). When developing countries adopted state-led development agendas after World War II and decolonization, they too attempted to shape distinctive financial structures suited to their development needs. Some were remarkably successful. Yet with the rise to dominance of metropolitan finance and the onset of neoliberalism, all of these countries have restructured their financial systems in the image of the so-called “efficient markets” that post-1970s deregulation created in the Anglo-Saxon world. An attempt to understand the factors that drive this transition, in countries that vary widely in terms of structural features and levels of development, from state fashioned and regulated financial systems to a caricatured version of this “model” and the implications that has for development and exclusion, has been a preoccupation of mine in recent years.

Finally, as an extension of this, I have worked on the markets, institutions, instruments and regulatory structures that make up the international financial architecture that globalization has generated, the way that structure has transformed the magnitude and nature of cross-border capital flows, the financial fragility this has generated in developed and developing countries alike, and the constraints that has set on finding ways of financing the expenditures needed to realize the Sustainable Development Goals (SDGs) and achieve climate goals.

I expect to continue to work on subjects that fall in these broad areas.

CJP: Does your work fit into any particular school of economic thought?

CPC: My turn to a career in economics (as opposed to physics, which was where I started) was influenced by an interest in the methods and arguments of a tradition deriving from the classical economists, especially Marx. I was subsequently exposed to the work of several exceptional scholars across subsequent generations, within and outside academia, who have innovatively carried forward that critical, progressive and transformative tradition. I see myself as belonging to that broad school of progressive thought.

CJP: The war in Ukraine is dominating the news, and rightly so. In your own view, and considering the unprecedented sanctions imposed on Russia, what do you think will be the global economic consequences of this war? Could it plunge the global economy into a new crisis?

CPC: Ever since the end of the Golden Age—the unprecedented few decades in the history of capitalism with reasonable growth, low unemployment and low inflation—deregulation and liberalization have rendered capitalism increasingly fragile. This has meant that every “shock,”’ whether it be the COVID-19 pandemic or the war in Ukraine, tends to be disruptive and not just destabilizing. In the case of the invasion of Ukraine, though the two countries at war account for less than two and one half per cent of the world’s population, it emerges that the damage to production within their boundaries and the suspension of their trading relationship with the rest of the world threatens crises in multiple markets, not least in the markets for food and oil where shortages abound and prices are rising. This is a typical illustration of the entangled fate of nations in a globalized world economy. Since this comes when the pandemic is still with us, even if waning, capitalism seems to be at its most fragile since prior to the Great Depression. And it does not help that, while the dominance of finance limits the use of fiscal stimulus to rev up economies, monetary policy measures, like infusing liquidity (through quantitative easing, for example) and reducing policy interest rates to near zero, feed speculative investments and aggravate pre-existing fragility. The probability of another severe crisis in the near future is indeed high.

But this refers only to the economic dimension. Events in Ukraine have more ominous implications, including the possibility of a nuclear war if a solution is not found quickly.

CJP: A recent report released by the United Nations, titled “World Economic Situation and Prospects 2022,” shows that the human, economic, and social consequences of the Covid-19 pandemic have been devastating. Moreover, the report warns that global economic recovery is losing steam and that many developing countries have yet to reach the pre-pandemic levels of output. In that context, how do you assess the response of global financial institutions like the International Monetary Fund and the World Bank to the coronavirus crisis?

CPC: The globalization of finance since the 1980s had meant that governments in advanced and developing nations abjured proactive fiscal intervention. Tax leniency has held back revenue growth. And fiscal deficits are anathema to finance capital, since it believes deficits would trigger inflation and erode the real value of financial assets. Fearing that financial capital will be displeased and move out of their jurisdictions if spending results in budgetary deficits, governments had turned fiscally conservative. Monetary policy levers (liquidity adjustments and interest rate shifts) became the preferred levers of macroeconomic management. That seemed to change during the COVID-19 surge, when the need to address the pandemic and compensate for the fall-out of the supply and demand shocks that it gave rise to, required governments to increase spending when revenues were collapsing. Conservative economists and institutions like the IMF and World Bank shifted from advocating fiscal conservatism to making a case for proactive fiscal policies. But their stance was differentiated. While the developed countries were encouraged to borrow and spend, austerity was prescribed for developing countries and imposed on those that were tied into an IMF program. There was also no way these countries could sidestep the IMF and borrow from private financial markets. The results were visible. Besides wide gaps in deficit spending ratios, borrowing figures reflected the difference in the response of developed and developing country governments. During 2020, for example, according to the IMF, the advanced economies and China accounted for more than 90 percent of the accumulation of public and nonfinancial private debt globally, while the rest of the world accounted for only around 7 percent. This has not only increased global inequality hugely, but it has meant heightened deprivation and has limited the capability of many developing countries to emerge from the depths of the crisis.

CJP: How severe of an impact did the Covid pandemic have specifically on India’s economy, and was the government’s crisis response successful in mitigating damage?

CPC: The impact was extremely severe and was worsened by past neglect of the health sector and poor management of the pandemic by the government. The response was delayed, and the lockdowns were brutal. On the other hand, support for those hurt severely by the crisis, including the most vulnerable, was limited in terms of both substance and population coverage. The so-called stimulus consisted mainly of measures that increased access to credit for some sectors and sections, with limited guarantees to ensure that banks do advance such credit. Enhanced fiscal spending was at most around 2 percent of GDP, which is miniscule when compared with the high double-digit figures recorded in many developed countries. The result was unemployment, deprivation and near starvation for many. The effects of the shock are still being experienced.

CJP: Neoliberal economic philosophy has dominated policymaking in much of the world for the past 40 years. Do you see any signs of a neoliberal collapse?

CPC: Neoliberal thinking has been discredited and has lost all legitimacy. Yet it persists as the mainstream ideology because of the power of the forces that benefit from the engineered redistribution of income in their favor that neoliberal policies deliver. Those forces are global capital, especially finance capital, and a small domestic elite in each nation. The problem is that, with financial globalization, every country is host to a large volume of legacy, footloose foreign capital. The fear that such capital will exit and precipitate a crisis constrains governments, even of the center-left or left, that often hold back on their promise of retreating from neoliberal policies. Capitalism in any of its forms does not ‘collapse’. It must be made to fall or forced to reform. It is a fact that for years now that social formation has proliferated crises in multiple forms—economic, social, environmental— and delivered deprivation for the majority and benefits for a miniscule minority. This cannot continue. The majority must turn against neoliberalism and put in place governments that have the social sanction to transit out of neoliberalism and accept temporary pain, if unavoidable. In principle, there seems to be no alternative. What transpires in practice, the people will decide.

C. P. Chandrasekhar was engaged in teaching and research at the Centre for Economic Studies and Planning, Jawaharlal Nehru University, New Delhi for more than 30 years. He has also served as Visiting Senior Lecturer, School of Oriental and African Studies, University of London; Executive Editor of Deccan Herald Group of Publications Bangalore; Consultant, Bureau of Industrial Costs and Prices, Ministry of Industry, Govt. of India, and Research Associate, Centre for Development Studies, Trivandrum. His areas of interest include the role of finance and industry in development and the experience with fiscal, financial and industrial policy reform in developing countries. Besides articles in academic journals, his publications include authored/co-authored books titled Crisis as Conquest: Learning from East Asia (Orient Longman), The Market that Failed: Neo-Liberal Economic Reforms in India (Leftword Books) Demonetisation Decoded: A Critique of India's Currency Experiment (Routledge) and Karl Marx’s Capital and the Present: Four Essays (Tulika Books). He is a regular economic columnist for Frontline (titled Economic Perspectives), Business Line (Macroscan) and the Economic and Political Weekly (H. T. Parekh Finance Column). He has served as a consultant with a host of international organisations such as UNDP, ILO, UNCTAD, ESCAP, ADB and ECLAC. He received, in 2009, the Malcolm Adiseshaiah Award presented annually to a social scientist for his or her contribution to development studies.