School for Scandal at the Summit? 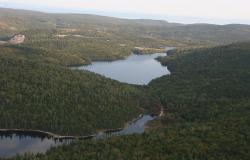 International Media Centre – G7 Charlevoix Summit. It is testament to their commitment to the G7 process that since 1975 the overwhelming majority of leaders have sought to attend each of the forty-four annual G7/8 summits despite facing a range of pressing issues at home. These might include an imminent election (with the vague hope of leveraging some kind of ‘bounce’ through the summit), or the aftermath of a terrorist attack. However, there are also occasions where leaders might be thankful for the respite from issues at home offered by a global summit, especially when a leader’s character and behaviour are being questioned.

Japanese Prime Minister Abe Shinzo will head to Canada beset by a series of scandals that has threatened to upset his seemingly inevitable destiny of becoming Japan’s longest serving prime minister. Suddenly his approval ratings are no longer so solid and the leadership race within his own party (and therefore the position of prime minister) scheduled for September does not seem to be such a done deal.

Abe is not the first Japanese prime minister confronting domestic scandals as he heads to the G7 summit. Prime Minister Miki Takeo used the opportunity of the 1976 San Juan Summit to liaise with the host and US President Gerald Ford over the Lockheed Scandal, which would later engulf Miki’s predecessor, Tanaka Kakuei. Prime Minister Uno Sosuke was only in power for two months but his time in office coincided with the 1989 Paris Summit. Uno was an exception in Japanese politics for his involvement in a sex scandal when financial scandals are usually the norm.

Moreover, Abe won’t be the only leader hoping to escape public and media scrutiny in Charlevoix this year. On the one hand, US President and former reality TV star, Donald J. Trump will no doubt be seeking to redirect attention away from the case being brought against him by adult film actress Stormy Daniels over non-disclosure payments made in the 2000s. On the other hand, UK Prime Minister Theresa May will hope that attention can be deflected from the ‘Windrush Generation’ scandal and the slow-motion car crash that Brexit negotiations represent.

Hopefully the Canadian-hosted summit itself can avoid becoming embroiled in a scandal. However, this has not always been the case, whether it be financial impropriety at the 2000 G8 Kyushu-Okinawa Summit, or questionable and ultimately tragic policing at the 2009 G20 London Summit.

Yet all holidays must come to an end and G7 leaders will ultimately have to bid farewell to the beauty of La Malbaie and the opulence of the Manoir Richlieu to face the music back home.