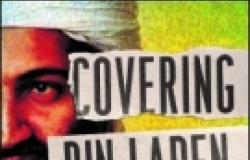 This review must start with a note of caution: this is not a book about Osama bin Laden. The aim of the editors and authors is not to add another interpretation on what bin Laden and Al Qaeda have been or, in the latter case, currently is. What they do here is take the real and symbolic figure of Osama bin Laden as a critical axis to explore the interplay between politics and media during the Global War on Terror. The result is a kaleidoscope that illuminates how news media represent and re-create reality and how those representations translate into concrete policy action.

As the title reminds us, Osama bin Laden became the world’s most wanted man in the decade from the 9/11 attacks to his capture and killing in Abbottabad (Pakistan) in 2011. Al Qaeda was presented as the paradigm of an entirely new type of terrorism: without parallel in history, and ready to kill as many civilians as they could in the name of some indiscernible millenarian views. Hunting bin Laden became the supreme goal. In pursuit of it, governments reshaped geopolitical relations and domestic politics, and launched wars.

But, as the editors rightly point out in the introduction to the volume, global media have not merely been vehicles but participants in this global war on terror. Bin Laden himself was media savvy and devoted significant efforts to make his views internationally known. This fact only contributed to amplify the role of media as creators of reality by way of what (and how) they reported (or not). At the interplay of the West and bin Laden, the media framed what was to be considered the “truth” in this struggle.

The different perspectives gathered here show that ‘Bin Laden’ has a different meaning depending on the media provider, the communication format, the place where the depiction takes place, and the cultural and political background of the receiver. “There are not multiple ‘bin Ladens’ but instead multiple locations for representing and receiving ‘bin Laden’” (p. XII). In other words, who bin Laden is depends on who controls the media coverage about him.

The first section of this book is “Defining Political Actors”. Richard Jackson, editor-in-chief of Critical Studies on Terrorism, is the author of the first chapter that sets the stage for the volume. Jackson frames the overall analysis of bin Laden and the media by pointing to the epistemological crisis that surrounds Al Qaeda and counter-terrorism policy. Surprisingly, given the tremendous amount of effort and funding devoted to the study of terrorism since 9/11, it is a fact that up to today, there is no agreement among the most prominent scholars of terrorism about what Al Qaeda is, how is it structured, and what it wants. This ‘un-knowledge’ has guided counter-terrorism policy. As Jackson explains, ontological uncertainty has defined a style of policy-making based on fantasy, speculation and “even forms of magical realism” (p. 9). The media played a decisive role in their constructing of 9/11 and Al Qaeda as phenomena beyond meaning and possible comprehension. As a consequence, they failed to make a meaningful contribution to the discussion and debate on terrorism and how to counter it.

The other two chapters in this section contribute to analysing how political actors are created and defined. Aditi Bhatia explains the rhetorical structures and patterns used by then US President George W. Bush and bin Laden, with findings that show how their discourses mirrored each other. Andrew Hill explores the tapes released by bin Laden in the decade after 9/11 and how they contributed to the creation of the myth of the inapprehensible figure.

In Part II, “Comparing Global News Media”, the authors focus on the interplay between news media and context. Essays explore the different representations of both bin Laden and the war on terrorism across space, time, and news format. Of particular relevance here is the intermediary role of news media in the process of political communication, and their subsequent impact on both social perceptions and political decision making.

Alexander Spencer examines the coverage of terrorism in two popular tabloids, the German Bild and the British Sun. This focus is relevant since, sometimes forgotten by communication scholars, tabloids tend to express broadly shared views, influence public perceptions and are decisive agenda-setters in their countries. How the media covers and presents knowledge about terrorism, also through the choice of language has critical importance, as those representations, and their influence on public opinion open up space for policy possibilities. Spencer uses metaphor analysis and focuses on conceptual metaphors that “draw attention to certain aspects of a phenomenon and invite the listener or reader to think of one thing in the light of another”.

He identifies four main metaphorical constructions about terrorism: terrorism is war, terrorism is a crime, terrorism is uncivilized evil, and terrorism is a disease. Each metaphor evokes a particular frame for interpreting terrorism and calls for a type of policy response: military action; “exceptional” anti-terrorist legislation; polarization of public discourse (specially by targeting the foreign and alien) and finally, the closing of any possibility of negotiation or engagement.

Courtney C. Radsch explores the emergence of the Qatari-based Al Jazeera news network and its meteoric rise to become the leading news channel in the Middle East (facilitated by their presence in Afghanistan and other relevant theatres of the war on terror, and their access to Al Qaeda). Al Qaeda and Al Jazeera are analysed as phenomena “at the nexus of globalization, resistance, and identity” (p. 55). At different moments and in varying degrees, both were interpreted as part of a dichotomy between fundamentalism and neoliberalism and as powerful alternatives to the American status quo. Both the West and Al Qaeda encouraged this mode of thinking, and Al Jazeera both suffered and benefited from its intermediary position.

Noha Mellor analyses the competing narratives of Western and Arab media about the wives of Osama bin Laden. The subject of the collectively authored Chapter 7 is the political significance and impact of photography explored through the graphic representations of our “dead enemies”: bin Laden, Saddam Hussein and Muammar el-Ghaddafi.

Part III, “Engaging Popular Cultures”, explores how and for what purposes Osama bin Laden has been produced as a cultural object, in formats that range from videogames to the cinema and popular culture writ large.

Brigitte L. Nacos begins her chapter exploring the post 9/11 debates on terrorism and discourses on Muslims in America. The media depiction of Muslims evolved from cautious and integratory speech to narrative structures predominantly based in the ‘us versus them’ dichotomy that openly pointed to Muslims (not just terrorists) as the enemy. “News organizations were well aware of the administration’s warning that opponents of Washington’s counterterrorist measures were unpatriotic and helpful to terrorists” (p. 217). A worryingly large segment of the media rushed to comply, maybe even going beyond what the administration could expect.

In the same vein, Nacos describes the debates about the pros and cons of torture as a tool in counter-terrorism. Respectable scholars openly discussed (at the abstract level, of course) whether it should be used. But everything changed after the news reports, and visuals of the Abu Ghraib prison in Iraq were released. From then on, news anchors, journalists and correspondents analysed the situation in terms of abuses, alleged abuses and mistreatment. Thus confronted with reality, torture (the “t” term) disappears from the language. However, the clearest case of (negative) interaction between entertainment, news and politics came with the TV series 24. Special agent Jack Bauer faced the “need” to torture an alleged terrorist in a ticking-bomb scenario. The Bush Administration had pressured Hollywood and the entertainment industry to cooperate in the war on terror. But the fact that this series lately informed legal opinions by the Department of Justice illuminates the kind of feedback loops between media, opinion and politics that form the subject of analysis of this book.

The remaining chapters cover videogames about bin Laden (Simon Ferrari) and the satirical Pakistani film Tere Bin Laden (Purnima Bose). Ryan Croken explores the sense-making role of user generated popular culture expressions through the “confusion” about Obama/Osama and how it expresses racial dynamics and discourses of US exceptionalism and global dominance.

Now that the global war on terror is over (if only in name), this book is an excellent contribution to the analysis of how it was created, re-created and sustained through the interaction among media, public, and politics. It is all the more recommendable since many of the tools and impacts of that war are still with us – surveillance and the security state, wars and violence in the Middle East (where does ISIS come from?), and weakened multilateral institutions and regimes of International Law, to name a few. The endurance of this framework merits a look back to consider how we have reached this point. This book is a helpful reminder.

Mabel González Bustelo is a journalist, researcher and international consultant, specializing in peace and security. Currently, she is a Fellow of the Global South Unit for Mediation (BRICS Policy Center, Brazil).