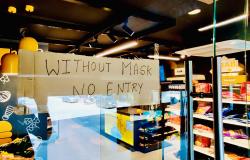 Sumithra Prasanna explores how COVID-19 has brought long-standing tensions between individual freedoms, safety, democracy and the common good to the fore.

“When is coercion legitimate?” inquires writer Astra Taylor in her ruminations on democracy where she argues that democracy involves “endless reassessment and renewal, not an endpoint we reach before taking a rest”. We think of democracy as being about freedom, as being the best form of government that empowers us with freedoms to do what we want to do.

As much as democracy expands the possibilities of what we can do and are able to do, it also employs restraint - copious amounts of restraint at that - so much so that it comes bundled with inherent paradoxes. There is almost always a contradiction between what we want to do and what we can do. It is democracy’s central conundrum. As Taylor writes, “coercion, while often lamentable, is a democratic necessity, and choice, while it sounds desirable, is not necessarily an unalloyed democratic good.”

COVID-19 has brought to the fore discussions about freedoms, and whether, more than ever, we are today confronted with a threat to our liberties as numerous countries are suspending fundamental democratic rights such as freedom of assembly, freedom of movement and protections against warrantless searches and warrantless arrests. Mask-wearing has thrown up endless controversies in the US where it has become a symbol of political and cultural divide. While interestingly, much of Asia has been relatively free of such debates as people here have been less recalcitrant about complying with government orders. It makes us ask: Should we view such government guidelines as legitimising coercion? Or should we view them as temporary intrusions on individual liberties for greater social good?

American sociologist, Amitai Etzioni goes so far as to call mask-wearing a patriotic act as it demonstrates that people care about their fellow beings. Etzioni is best known for his work on Communitarianism, a philosophy that seeks to “articulate a middle way between the politics of radical individualism and excessive statism”. He is against any government diktat making masks mandatory but believes that the onus is on the citizenry to behave responsibly. While a government can make a recommendation, it cannot force people through a legal order to do something that can potentially infringe on their fundamental rights. Etzioni reframes people’s refusal to wear masks as “a selfish act” that risks other people’s lives in the name of individual freedoms, rather than as “a rebellion against authority”. He stresses education over coercion and encourages naming and shaming and moral disapprobation as “social pressure can become the main tool of ensuring adherence to the new social norm”.

It is doubtful whether such community self-policing will be effective especially during a health emergency when time is of the essence and governments have a responsibility to protect, through prompt and speedy action, the precious lives of large numbers of people. There seems to be a “scientific double-standard” because the public did not demand to see substantive proof before adopting the 20-second hand-washing rule or stop to question if lockdowns and physical distancing work.

British philosopher John Stuart Mill, a leading exponent of liberalism in the 19th century, articulated the conditions under which restrictions could be placed on liberty. He said: "The only purpose for which power can be rightfully exercised over any member of a civilised community, against his will, is to prevent harm to others. His own good, either physical or moral, is not a sufficient warrant." Mill’s “harm principle”, as it is famously called, could provide a justification for nations placing restrictions on personal liberty as we can argue that those who do not wear masks can potentially harm others, and therefore, governments are justified in mandating mask-wearing.

It is worth pondering why the opponents to mask-wearing, that is bandied about as curtailing fundamental freedoms, never question other prevailing, universally adopted, paternalistic policy interventions where the state acts as the nanny telling us what to do. For instance, why should we wear seatbelts while driving or helmets while riding bikes? Are these to be considered overreaching state intrusions on civil liberties? Or, in the context of compulsory immunisations of school children, should we privilege parental choice as parents can argue that their autonomy is being compromised? What will the perils be if we allowed parents’ freedoms to supersede the state’s mandate to get all children vaccinated?

There is a trade-off here – public health officials and policymakers use authority to intervene and change behaviours to prevent people from hurting themselves as their safety is considered more important than their liberty. We can even invoke Mill’s “harm principle” to argue that allowing parents the choice can lead to large negative externalities – it can make children sick in the future which can cause a huge public health burden, incur massive economic costs and fiscal harm, therefore, justify these policy interventions as enabling people to make better choices for themselves and for others. Many instances in our everyday lives illustrate how we have willingly conceded to curtailment of some freedoms for the sake of our well-being and that of the broader community.

We can agree that the state has a legitimate role in modifying or prohibiting certain behaviours to protect its people because even in a democracy, our freedom is never absolute. As the saying goes, our freedom ends where the other person’s nose begins. We can endlessly debate about what democracy means or what it entails or what rights and freedoms it accords, but only if we can definitively define democracy. As Astra Taylor writes, “Is democracy a means or an end, a process or a set of finite outcomes? What if those outcomes, whatever they may be (peace, prosperity, sustainability, equality, liberty, an engaged citizenry), can be achieved by nondemocratic means?”

Some food for thought as it turns the idea on its head and makes us question how free we really are or whether we can even claim to have boundless freedom when we are part of a larger collective. As independent and unique as each one of us may be, we are also part of a community bound by shared values, ideals, benefits and burdens, which Harvard professor Michael Sandel calls the “common good” and we must be able to transcend some of our own self-interests for the welfare of our societies. It is misleading, even dangerous, to take a rights-based view when we have not determined what is at stake and we cannot define a right without upholding a particular conception of the common good. As members of our respective societies, we have a relational obligation to care for certain interests that we have in common. And common good trumps personal liberties.

If Covid-19 has taught us anything, it is the power of connection where, while learning to cope with forced quarantine and extended lockdowns, we have bonded over virtual spaces, grappled collectively with the sense of our own impermanence, faced fears and uncertainty together, and perhaps serendipitously, rediscovered our common humanity. The momentary loss of trivial freedoms is but a petty inconvenience for what we must believe is for a greater common good. How much value anyway can there be in individual freedom in the absence of collective well-being?

Sumithra Prasanna is a writer and an award-winning documentary filmmaker.

The Effects of COVID-19 on Migration and Modern Slavery