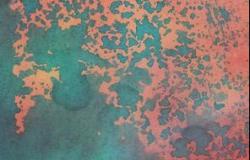 The debate about global climate change triggers visceral emotions – moral outrage, a sense of injustice, feelings of empathy, and concerns for equity. When passionate partisans advocate their positions on climate action (i.e., what to do about climate change), such advocacy turns inflammatory. The intensity of emotions, as a result, deeply divides the global North and the global South. The United Nations, which has emerged as the world arbiter on climate action, has long been at work to bridge this divide. The Global Climate Regime and Transitional Justice engages with this divide, and the raging debate about it, especially in the halls of the United Nations. The volume’s authors Sonja Klinsky, who is a climate justice scholar, and Jasmina Brankovic, who specializes in transitional justice theory, have joined their intellectual forces to reconfigure the transitional justice approach in the climate context.

The re-designation, nevertheless, had the global North decry the concept of ‘differentiated’ responsibilities, which entailed more obligations for them to share while fixing the climate. These differences were acute at COPs (conference of the parties), i.e., climate talks in UN-speak, in Poland and especially in Peru, which all but dashed any hope for a climate pact the following year in Paris. By the time, climate talks moved to Paris in 2015, ‘differentiated responsibilities’ were again made over into ‘self-differentiated’ responsibilities. This designation meant that individual nations would ‘self-assess’ how and how much they could cut back on greenhouse gas emissions. In the lead up to the Paris talks, the UNFCCC conceived the idea of ‘Intended Nationally Determined Contributions’ (INDCs) to allow individual nations to self-determine the size of their emissions cuts. The Paris Climate Pact was eventually signed on the promise of a kind of good-faith efforts by each signatory nation as to how much it can contribute to overall emission cuts. Many, including this reviewer, called the INDCs no better than ‘New Year Resolutions.’

Klinsky and Brankovic, rationally but empathetically, challenge this sneering, and attempt to sweep the landmines of dissent on the subject with transitional justice theory (TJT). The authors present transitional justice as a kind of third way between retributive justice and restorative justice. The empirical field of this theory has been the crimes against humanity that are committed within or between nations, and where conventional criminal justice approaches are unhelpful in determining and punishing past harms or forging a collective path to national or civil reconciliation for warring factions. The authors incorporate transitional justice approaches in the climate context by revisiting the core ‘justice challenges’ that in their view will be central to global climate governance, especially in meeting the objectives of the UNFCCC and the Paris Agreement: ‘This includes the debates about uneven historical emissions, unevenly distributed climate harms, and the way that both of these issues intersect with pre-existing and profound inequalities globally’ (p.6).

Klinsky and Brankovic contextualize the idea of responsibility in climate talks to embed it in transitional justice theory. They identify three pathways to understand ‘responsibility’ in the climate context: first, an acknowledgement process to manage the political temptations and long-term repercussions of de facto amnesty; second, a process of truth-seeking and truth-telling through institutional mechanisms such as a truth commission that would recommend financial and nonfinancial contributions from state and nonstate actors to repair harm; third, continuing efforts to apply legal accountability norms to individuals and collective action (such as states and corporations). The authors argue that these pathways are mutually reinforcing as legal accountability pressures recalcitrant actors to acknowledge responsibility via non-retributive pathways, and truth commissions shield them from legal accountability in a nonpunitive form of acknowledgement.

The authors speculate that these measures could answer the question of reparations as well. A truth commission, in their view, could be instrumental to effecting reparations or informing the ways in which acts of repair could match the self-identified needs of affected communities. Reparations, as defined in transitional justice theory, include compensation, restitution, rehabilitation, satisfaction, and efforts to promote nonrecurrence. Importing the concept of reparations into the climate context, the authors frustratingly declare, makes it ‘toxically contentious.’  They still dare hope in suggesting a way out of this toxic contention by segregating ‘responsibility’ and ‘repair,’ which would permit a nonpunitive approach to reparations that is explicitly meant to mitigate climate-caused harms, leaving ‘responsibility’ to be addressed separately. In specific terms, the authors envision a Reparations Commission housed within the UNFCCC which would work to connect community-based claims for harm to appropriate reparations.

Klinsky and Brankovic certainly break new ground to extend transitional justice theory to global climate change, and couch the debate about climate change in terms of climate justice, especially integrating climate policy with concerns of justice. They have dexterously shown how transitional justice mechanisms can address thorny questions of past climate harms, and the responsibility and reparation for them. Yet their efforts to reconcile global actors’ militantly conflicting positions on climate action have been centered on making climate accountability, responsibility, harm and repair non-retributive, and even unenforceable. If a bad actor has to escape justice for the harm it has caused, or the harm itself is indeterminate, then non-punitive justice can be anything but justice. The authors’ argument still carries weight that only transitional justice and its proven mechanisms can have powerful global actors accept climate accountability, responsibility, harm and repair. A sidebar to the issue of climate justice is climate denial, whose tropes are less of escaping justice and more of embracing the growth imperative over climate imperative.

Climate deniers refuse to accept even unenforcable ‘self-differentiated’ responsibilities in the Paris Climate Pact that were to materialize into climate action in the distant 2020! Since 2015, when the Paris Climate Pact was signed, very little has actually happened which could be called climate action. Instead, the efforts have since been afoot to reverse the pact. It suffered a huge blow when President Donald Trump pulled the United States out of the pact despite pleadings to the contrary by fellow Western leaders. President Trump is unconvinced of the reality of global climate change. In 2012, he tweeted: ‘the concept of global warming was created by and for the Chinese in order to make U.S. manufacturing non-competitive.’ His is a classic case of climate denialism. The INDCs, since the passage of the Paris climate pact, have little to show for their worth either, while climate change has continued to worsen. Global CO2 emissions rose from 400.88 ppm in 2015 to 410 ppm in 2018. This statistical evidence rebuts any claim to the contrary that the Paris Climate Pact has made any difference to global climate change. That said, climate action cannot be sidestepped for too long. Such is climate justice, with which Sonja Klinsky and Jasmina Brankovic deftly frame climate policy debates in their groundbreaking study, The Global Climate Regime and Transitional Justice.

Tarique Niazi, Ph.D. is a Professor of Environmental Sociology at the University of Wisconsin, Eau Claire. He specializes in resource-based conflicts.