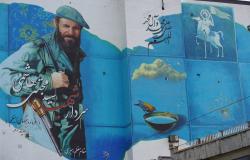 Why aggressive exercise of political power leads to its loss.

Following the assassination of General Suleimaini by the US military, the possibility of the eruption of the conflict between the US and Iran has risen, as both sides threaten to respond to each other's attacks and are engaged in zero-sum game.

Before the conflict spiralled into military clashes, the Trump administration's deterrence strategy was based on economic sanctions. While the majority of analysts seem to be focused on the impending war in the Middle East, there is another long term implication of Washington's Iran policy, a personification of a wider phenomenon in international politics called the paradox of power.

Iran’s economy has been severely undermined due to Trump’s restrictions thanks to the US dollar’s position as the dominant reserve currency. The dollar’s supremacy has allowed Washington to literally lock out Iran from international economic and financial system. The secret of the effectiveness of US sanctions is the power of the dollar.

However, though the dollar is a powerful leverage in the short term, in the long run, this strategy will lead to the disentanglement of the world from US-centered networks of financial and economic interdependence and undermine the dollar’s influence. Europe, Iran, and Russia are already collaborating to evade American financial system in order to trade with Iran by developing INSTEX, an alternative to SWIFT.

An excessively aggressive use of power leads to its long-term reduction – or what I call the paradox of power. Sticks alone will never work; policymakers and politicians should strive to achieve an elusive balance between carrots and sticks, metis and bie, cunning and force.

Hard power alone might sometimes be seen as the most effective way to advance national interests, but overuse of force often backfires. It is the combination of what the ancient Greeks called metis (cunning wisdom) and bie (raw power) that can help use available power in a sustainable way.

US President Donald Trump’s policy is a personification of the paradox of power. Loyal to his “America First” agenda, Trump has utilized American power in unprecedented ways to advance the US national interests. Instead of practicing a more pragmatic approach that combines had power with diplomacy, Trump prefers to use raw power alone– with concomitant long-term negative repercussions for the United States.

Negative long-term effects of Trump’s overexploitation of US power are not limited to Iran. Trump’s Huawei ban, by cutting off Huawei’s access to American mobile operating systems (Google’s Android and Apple’s iOS) and chips (Qualcomm and Intel), although wreaked considerable damage on Huawei in the short run, actually encourages Beijing to pursue technological self-fulfillment and decouple from the West. By wielding America’s monopoly power, the Trump administration spurred Beijing to foster domestic innovation and develop indigenous alternatives to critical technologies.

History provides many other examples of the paradox of power.

In the 1970s, Arab states used their dominance in the oil market to force the United States and its allies to end their support for Israel. At that time, oil was the lifeline of Western economies and such a dramatic increase in oil prices resulted in substantial social upheavals – stagflation and economic recession.

However, Washington undertook measures that sought to make the US less reliant on Arabian oil by promoting domestic oil industry and alternative energy sources. Though the process was slow, thanks to the shale revolution, America now is not only the world’s top oil producer, but is also poised to become a net exporter of the commodity in 2020, leading The Economist to coin the term “Saudi America”. As a result, OPEC, one of the most powerful organizations in the world, due to misuse of its power in the 1970s, has been declining in its influence.

Another instance of the paradox of power is China’s rare earths dominance. Beijing has long understood its preeminence in the market and used it as a leverage. In 2010, for instance, following the incident near disputed islands, China restricted the export of rare earth elements into Japan, thereby seeking to force Tokyo to comply with Beijing’s demands.

Yet the effect was opposite of the expected. Chinese smugglers, tempted by high prices, nevertheless exported rare earths to Japan, and Tokyo, aiming to end its reliance on China, invested to restart Lynas Corporation’s Mt. Weld operations in Australia. In the interim, Washington, aware of the strategic importance of rare earth materials and the threat of China’s dominance of the market to the US national security, revived one of the world’s largest rare earth deposits in California, Mountain Pass. Ultimately, the attempt to wield REEs turbocharged diversification measures and eventually led to the erosion of that power, as Japan, the US, and others took steps to end Beijing’s monopoly.

On the other hand, we have successful examples of the synthesis of cunning and force. In prelude to the beginning of multilateral negotiations with Iran and announcement of the JCPOA, the US and Israel reportedly infiltrated computer virus called Stuxnet into Iran’s nuclear facilities, thus hindering the pursuit of nuclear weapons by Teheran. Also, together with the EU, China, and Russia, the Obama administration imposed new sanctions on Iran – and ultimately, by judiciously using hard power in conjunction with diplomacy, Washington managed to get, although imperfect, but nonetheless very important JCPOA.

The overexploitation of hard power, when long-term reverberations are considered, is actually counterproductive – it does not only not bring the desired results but also results in its long term erosion.

When advancing national interests, it is important to adopt such an approach that uses what political scientist Joseph Nye calls ‘smart power’ – the combination of hard and soft power. The most difficult task for policymakers is to strike a balance between cunning and force – but if they want to perpetuate their states’ long-term influence and advance national interests, they should strive to attain this precarious equilibrium.