Despite Paris, We Need to Take Geoengineering Seriously 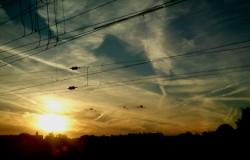 This opinion piece is part of the “The Global Governance Futures” programme, which brings together young professionals to look ahead and recommend ways to address global challenges.

Last December in Paris, 195 countries reached a landmark agreement committing nearly every country to lowering greenhouse-gas emissions in response to the effects of climate change. The Paris agreement holds a great deal of promise. Negotiating countries dedicated themselves to preventing global temperatures from rising more than 2 degrees Celsius by 2100, with an ideal target of keeping the temperature increase under 1.5 degrees. Moreover, the agreement signals the participants’ serious intention to stay away from fossil fuels as their primary source of energy.

But the path forward will not be easy. First of all, the Paris agreement, which comes into force in 2020, does not feature measures for taking immediate and drastic action against climate change. Second, setting emissions targets is not binding for certain countries. Third, climate change is a “stock–flow” problem: the rise in temperature is closely associated with the accumulation of emissions over time (the stock), but we are only able to control the rate at which emissions are emitted or removed from this point forward (the flow). Our planet has already accumulated a large amount of emissions, and to stabilize or reduce the atmospheric concentration of greenhouse gases, current emissions must be reduced by at least 90 percent, which requires the implementation of emissions reduction technology. Given these challenges, back-up technologies must be ready for deployment in urgent cases.

Geoengineering, or climate engineering, is one such set of technologies that should be taken into greater consideration. Geoengineering refers to large-scale technological interventions into the climate system that seek to counter the effects of global warming. With greenhouse-gas emissions and the global mean temperature on the rise, geoengineering has been increasingly investigated as a potential addition to the portfolio of climate responses. In fact, the Intergovernmental Panel on Climate Change stated in its 2013 report that geoengineering may be necessary for controlling global temperatures, even if greenhouse-gas emissions reach zero by the middle of the century.

A major type of geoengineering technology is solar radiation management (SRM), which aims to cool the earth by reflecting sunlight away from the planet. SRM has multiple advantages: its deployment would be quick and cheap, and its effects are relatively immediate and effective. But SRM raises concerns as well. Once the technology is deployed, we cannot stop using it, unless the atmospheric concentration of greenhouse gases has been stabilized. In addition, SRM could be deployed unilaterally and thus produce “winners” and “losers,” i.e., some regions may benefit more than others. However, SRM could quickly address some of the impacts of climate change that cannot be addressed through mitigation, adaptation and carbon dioxide removal. Therefore, given its great potential, governments should seriously consider SRM as a back-up technology by conducting scientific research supported by sufficient funding.

Despite these initial efforts, our understanding of SRM remains limited. There are numerous uncertainties surrounding the feasibility, effectiveness and impact of SRM. Potential regional and local effects of SRM on the availability of water, biodiversity and agricultural production are highly uncertain. To detect and measure the environmental effects of SRM, observational capabilities must be improved. For example, researchers need more observational data on volcanic eruptions: the climate response to volcanic eruptions will likely provide one of the best opportunities for evaluating a model of SRM and its environmental impact, for volcanic eruptions create conditions similar to those resulting from the injection of reflective particles into the atmosphere. Informed discussions of SRM require scientific rigor – which, in turn, requires greater funding of SRM research. Public funding is especially vital in the initial stages of research, for such funding can help national and international governance of geoengineering technologies to be more transparent and accountable to the public.

Geoengineering research requires not only robust funding, but also effective governance structures and codes of conduct. Currently, SRM research is not specifically addressed by any laws or regulations at the global level – and even at the country level in most places, including the US. A good starting point is the guidelines developed in 2014 at the Solar Radiation Management Governance Initiative workshop held in San Francisco. The guidelines comprehensively cover significant issues such as value, risk, transparency, vested interests and legal requirements (see the document here). Newly established governance of SRM research must follow such guidelines.

One of the most contentious and important issues related to geoengineering is the “moral hazard” that the deployment of, or even research on, geoengineering might lower the incentive to reduce greenhouse-gas emissions. According to this moral hazard, people may feel less inclined to reduce emissions if they know that geoengineering can mitigate the impacts of climate change. This moral hazard is always assumed in discussions on geoengineering, but its actual effect remains unclear and needs to be studied from an interdisciplinary perspective.

This type of research will have multiple benefits. As the National Research Council in the US points out, much of the research required in the development of SRM overlaps with basic scientific research on the climate system. For example, the observing systems that will monitor the effects of SRM technologies are essentially the same as those needed when studying fundamental aspects of the climate system, such as climate feedbacks and the response of sea ice and snow cover. In other words, geoengineering research would not decrease the allocation of research funding to other climate-related topics.

Reducing greenhouse-gas emissions and adapting to climate change are the ultimate solutions to global warming. But if we want to avoid the abrupt and irreversible impacts of climate change – such as the destruction of ecosystems and habitats, natural disasters of greater intensity and increasing risks to human health and food production – geoengineering must be taken into serious consideration and supported by a more substantial body of scientific knowledge and expertise. To this end, public agencies should take the lead and make greater investments in geoengineering research. 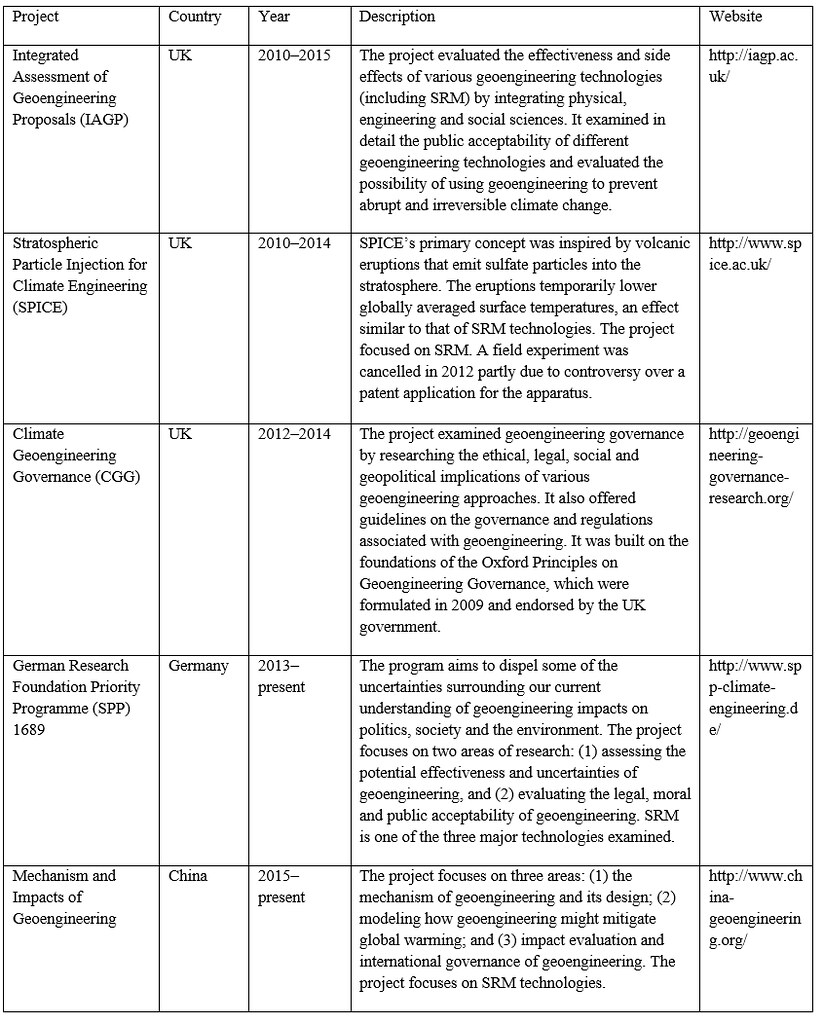 Masahiko Haraguchi is a PhD candidate in the Department of Earth and Environmental Engineering at Columbia University and a Global Governance Futures 2025 fellow. He earned a master’s in climate policy from Columbia University as a World Bank Graduate Scholar, and a postgraduate degree in development economics from the Institute of Developing Economies under the Ministry of Economy, Trade and Industry in Japan.