Is the ‘Trade War’ Tearing the G7 Apart? 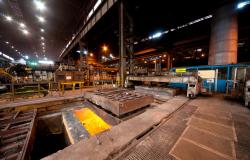 International Media Centre – G7 Charlevoix Summit. With the recent decision taken by the Trump administration to impose steel and aluminium tariffs on its European and Canadian allies, unilateral US decisions and concerns for a global trade war among the rest of the G7 members, have become a recurring topic in the G7 International Media Centre in Quebec. This is embodied by Bruno Le Maire, France's Finance and Economy Minister, describing that the G7 is more a G6 plus one, raising the thorny question of whether the whole issue of a “trade war” can be resolved through the G7, and, perhaps, more importantly whether the unity among the G7 countries is diminishing.

The G7 Summit process has long been based on the socialisation of like-minded leaders of industrialised democracies voicing their support and commitment to the discussion and management of the global economy, international security, development and sustainable energy through this informal mechanism of global summitry. Multilateral like-mindedness and collectively shared liberal values have long been key elements of the organisation and governance of these informal G7/8 summits, but these have been contested before by Russia during its short-lived membership. However, with a heavy ‘America First’ emphasis on trade, taxes, immigration and security, and the US’s unprecedented 2017 G7 compliance score of 58%, this now represents a novel challenge internally for the G7.

While the G7 countries occupy a third of global GDP, President Trump’s implementation of tariffs has the potential to break the economic and social unity within the G7. This is evident in the retaliatory tariffs imposed by the European Union and Canada, which have brought the parties closer to a ‘trade war’. The issue of a ‘trade war’ can have a spillover effect on the G7 illustrated by French President Emmanuel Macron’s statement that a ‘trade war’ between allies would be damaging for all parties, but equally the five European members plus Japan collectively, have a market share larger than the American market, hinting at a G6 plus one.

In the meantime, the European Union has announced its plans to impose an import tax on American goods worth $3.3 billion and this division within the G7 will most likely have an impact on Japan’s position. Being the third biggest economy in the world, Japan has long enjoyed a stable alliance with the US. This has clearly been in evidence up to this year’s G7 Summit when Shinzo Abe visited Washington for a bilateral meeting with Trump before flying to Charlevoix. Abe has not joined its G7 allies on imposing retaliatory tariffs on US goods but if the trade clash were to escalate between the US, the EU and Canada, it would force Abe to either position himself with one side of the ‘trade war’, or act as a mediator.

In this sense, the notion of socialisation is becoming a vital aspect to embrace an isolationist US, which has long been dominated by awkward handshakes and cold G7/G20 family photos.  As a result, negotiating and resolving the internal division on trade will prove to be a test for G7 members as they seek to overcome conflicting interests and show the rest of the world that the they still remain a unified block of shared values that can effectively set global trends.