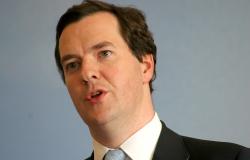 George Osborne, the former UK Chancellor of the Exchequer, is touting himself as the next head of the International Monetary Fund. He is hoping to fill the forthcoming vacancy as the current managing director, Christine Lagarde has been nominated to be the next president of the European Central Bank.

According to the Financial Times, Osborne told friends that the IMF requires a “skilled political communicator and operator … not a technocrat”. But Osborne’s interest in running one of the world’s most powerful international organisations has been met with widespread criticism from across the political spectrum and among professional economists over his record at the helm of the UK economy.

For example, Danny Blanchflower, a former member of the Bank of England’s monetary policy committee, described Osborne as the worst UK chancellor in 300 years.

On a superficial level, Osborne is well qualified to lead the IMF. First, as a European he passes the nationality test. The World Bank and the IMF stitch up their top jobs so that the president of the bank is decided by the United States and the managing director of the IMF is a European. It’s one of the traditions of international economic governance.

Second, Osborne’s economic philosophy, as shown in his role as the architect of austerity in the UK, is closely aligned with the IMF’s. The fund’s traditional core belief is that there should be minimal state intervention in the economy and that countries that receive financial help are required to implement privatisation, deregulation and other pro-market policies.

Masked by the need for “prudence”, Osborne’s uncompromising approach to cutting public spending in an ideological bid to reduce the deficit and national debt led to depressed output and stagnant real wages. It was the Bank of England that tried to pick up the slack.

An aggressively loose monetary policy, including quantitative easing, has helped the economy stagger along. But extremely low interest rates and readily available cash for investors has had the knock on effect of inflating assets such as house prices.

Ironically, despite his austerity policies and focus on “balancing the budget”, Osborne consistently overshot his public borrowing targets. This is because slow growth leads to lower-than-expected tax revenues. Plus, Osborne’s austerity damaged the long-term growth potential of the economy due to a lack of investment in infrastructure, skills and innovation.

Time for a new direction

It is not just economic competence that lets Osborne down, his economic philosophy is becoming out of kilter with the direction of travel of the IMF. Slowly but surely, the IMF is moving away from its strict adherence to orthodox pro-market policies as it recognises the damage they have caused to many economies.

Economists at the IMF have criticised neoliberal policies that they recognise “have increased inequality, in turn jeopardising durable expansion”. Even outgoing chief, Christine Lagarde has called for greater public spending by governments to boost growth.

The last things that the IMF needs now is “a skilled political communicator and operator”. It needs someone to accelerate the use of more pluralist policies, which distributes power among more groups instead of dictating policies from the top. It must completely jettison its historic “one policy fits all” approach that has so often failed countries that the fund exists to help, from Greece to Argentina.

It is also about time that the European monopoly on leadership of the IMF comes to an end. The balance of world economic power is shifting from West to East, with China already the largest economy if measured in purchasing power parity. The major international institutions must embrace this new global reality instead of taking a step backwards and hiring a candidate like George Osborne.

IMF‐World Bank Cooperation Before and After the Global Financial Crisis