The Latest Stats on Women in Tech 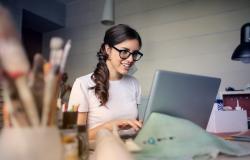 In the last couple of decades, the world has made huge strides when it comes to women involvement in the workforce. According to a report by Catalyst, women make up nearly half (46.9%) of the total workforce.

Despite all the progress that has been made by women, things do not look so rosy when it comes to the tech industry.

For decades, careers in the tech industry and other STEM fields have not been so welcoming to women.

There is a huge gender gap between men and women in the STEM fields.

This gap manifests itself through various aspects, including employment opportunities, wages, leadership opportunities, perception at the workplace, and so on.

In this article, we are going to take a look at some of the latest stats to give us a better picture of the state of affairs for women in tech today.

Women only hold a quarter of all tech jobs

Ever wondered how many women work in the tech industry?

According to Adeva IT as of 2018, women held only 25% of all the jobs in the tech industry, despite women making up almost half of the total workforce.

What’s worse, this number is lower than the percentage of tech jobs held by women back in the 1980s.

One of the reasons why there is a lower percentage of women working in the tech industry compared to other industries is that girls are less likely to study STEM subjects compared to boys.

According to a Women in Tech Report by PWC among the students participating in the research, more boys opted for STEM subjects compared to girls, except for biology.

This is true both in high school and in university.

The report also found that 17% of boys study physics, compared to just 7% of girls.

The same gender disparity is evident at the university, where 52% of males take STEM related courses, in contrast to only 30% of females.

There are a number of reasons why girls are less likely to study STEM subjects compared to boys.

According to the report, some girls avoid STEM subjects because they feel that they are better in humanities and other essay based subjects.

Others avoid STEM subjects because they do not find them interesting.

Some girls also avoid STEM subjects because they don’t consider them to be relevant to the career paths they intend to choose.

Other reasons include the need to get the highest grades they can to increase their chances of university placement (STEM subjects are considered to be harder) and teachers making STEM subjects appear unappealing.

The report also found that the intended career choice has varying influence on choice of A-Level subjects between boys and girls. 53% of girls choose their A-Level subjects based on their preferred career, compared to just 43% of boys.

This means that while girls are more likely to think ahead when choosing their A-Level subjects, a significant number of them avoid STEM subjects because they don’t see themselves following a career in technology.

You can check out the full article here.

Martin Luenendonk from Cleverism is a 2x entrepreneur, former venture capital investor and investment banker. He share everything he knows for free in order to help entrepreneurs (and people interested in entrepreneurship) raise money for their startups.