Why Charities Must Embrace Transparency 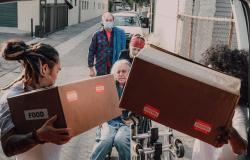 The COVID-19 pandemic has placed enormous strain on both businesses and individuals, and charities have not been spared. With donors facing their own financial struggles and the need for the support of charities skyrocketing, many organisations are facing a struggle just to survive. 2021 is likely to be a critical year for the non-profit sector, as the long-term financial implications of the crisis on donations become clearer.

Organisations that can adapt to the new challenges will be best placed to continue operating effectively. Even before the pandemic, however, many charities were faced with the challenge of an increasingly competitive and much more digitally savvy market. The rise of social media has been a steady one, giving more power to the public and creating an audience of donors who expect more control and transparency over where their money goes, before they trust a particular charity with their donation.

This is understandable: as people become accustomed to tracking their food orders from the kitchen to their doorsteps, many now have the same expectations when it comes to their charitable donations, wishing to track their money from the point of donation through to the ultimate beneficiary.

This renewed emphasis on transparency is partly a technical expectation, relating to customer experience, but perhaps more crucially comes down to public trust, which is still considerably low when it comes to charities. Rebuilding this trust, and with it the loyalty of donors, is even more crucial in the current climate, so that organisations can continue to do their much-needed work as the pandemic continues. As a sector, we need to be proactive about dealing with the issues impacting our ongoing effectiveness, and it’s the organisations that manage to find innovative solutions to operating within the new context that are likely to come out of this situation in the best shape.

One of the main roles of charities, particularly over the last year, has been to fill in the gaps left by the Government. Public resources have been stretched to the limit, and with economic difficulties ahead there is no end in sight.

At the same time, charities providing increasingly essential services have been left in a precarious position as the pandemic has tightened purse-strings and resulted in charitable donations falling considerably.

Analysis from Pro Bono Economics has predicted the United Kingdom faces a loss of £6.4 billion in charity income. This could spell disaster for many British charities, but more importantly for those causes and communities they support.

While this latest crisis has undoubtedly had a massively detrimental effect on many in the sector, it may not be the only issue causing the drop. A recent study has shown that the proportion of people who said they trusted charities “quite a lot” or “a great deal” fell from 63% in November 2019 to 59% in August. One of the biggest reasons cited for a lack of trust is simply not knowing how the money is spent.

On top of various scandals like the 2018 OXFAM scandal in Haiti, people increasingly feel that ‘Big Charity’ uses donations on inflated CEO salaries and expensive marketing campaigns, with less money going directly to the cause.

Of course, the COVID situation cannot be ignored, but it’s also clear that there are issues impacting the sector which predate the pandemic, and as charity leaders we can all do our bit to overcome that. As a sector we need to be more open when it comes to educating and informing the public about why certain costs are needed. At the same time, we can take more ownership for being truly transparent about where donations are going. People may not have such an issue with donated funds going towards marketing or administrative costs if those costs were explained, and the return of those costs was highlighted. Additionally, more openness about these costs would demonstrate that organisations are not trying to hide anything, and that they’re willing to be held to account for the decisions they make, even if not everyone agrees with them.

The desire for more transparency is especially important for the younger generation. Around 60% of younger generations agree that seeing the impact of their donation significantly affects their decision to give.

It isn’t surprising then that more transparency leads to more donations. One company called Guidestar provides users with the necessary information on a non-profit before they donate. Researchers from Villanova University and University of Wisconsin found that charities earning a ‘seal of transparency’ from the GuideStar gained an average of 53% more contributions one year later.

COVID-19 has brought with it many challenges. Suddenly, the traditional face-to-face fundraising activities many relied upon are no longer viable, at least in the short-term. This makes trust and transparency even more essential. People need to feel they are giving to organisations that really care about spending their money the right way, not just remote corporate entities trying to make a quick buck. By investing in digital infrastructure, charities can modernise the way they engage with their donors. And by investing in transparency, they can make sure they maintain trust within this increasingly remote landscape.

That is what the charity I head, the National Zakat Foundation, has done. Zakat is one of the five pillars of Islam and is essentially a form of wealth tax as well as a form of worship. This makes it particularly important for Zakat payers to know where their money is going.

Using a first-in first-out grant-tracking system, which we call ‘ZakaTracker’, we can inform givers exactly when and where in the UK their money reaches a person or family in need. There is huge demand for this: according to the Muslim Charities Forum, British Muslims are one of the most charitable religious communities in the UK. Initiatives like this have helped to build trust within the community, and keep the contributions coming in.

As charities suffer from reduced donations and under-funding from governments, they are also struggling under increased demand from those in need. For example, the domestic abuse charity Refuge has reported an increase in calls of 120% since Covid lockdowns began. At the National Zakat Foundation, we saw applications for support more than double in 2020, at one point we were receiving an application every 10 to 15 minutes.

Charities face a big battle in 2021. There’s no quick fix, but by investing time, money and effort on innovation and improvement, we can find ways to continue doing what we do best: helping the most vulnerable in society at a time when they need it more than ever.

Iqbal Nasim MBE is CEO of the National Zakat Foundation.

Photo by RODNAE Productions from Pexels