Local Advocacy in a Polarized World: A Perspective from São Paulo 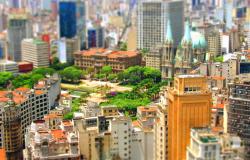 At present, the world is experiencing two contrasting waves: on the one hand, the globalization backlash and corruption scandals are used by nationalist and conservative movements to empower themselves to take action; on the other hand, progressive cities are increasingly shaping their own agendas to address local as well as global challenges. These two trends are intertwined and together they have wide-ranging effects at the local level. Local advocacy can be an instrument to balance the first wave and sustain the second. Nevertheless, depending on the context, these macro and micro forces can produce varying results. Take São Paulo as an example. Here, local advocacy by civil society organizations has been successful in driving the city’s progressive agenda. However, these successes are currently being threatened by conservatives’ agenda.

Increasingly, cities are opposing their national governments on contentious topics such as migration and climate change. In general terms, these cities are laboratories of innovation and leaders in spearheading progressive values and identity, openness to internationalism, and a sensitivity to the costs of inequalities. Most of the time, these global cities have more in common with other world cities (Paris, São Paulo, Berlin, London, Bangkok, Beijing, Cape Town, Bogotá, etc.) than with other cities within the boundaries of their own states.

These cities’ fame and progressive views do not come by chance; they are a result of ongoing negotiations between local state representatives and other stakeholders.  After all, cities have always been contested spaces, where power and money are instruments frequently used by the “haves” to push specific agendas, often to the detriment of the “have-nots”.

Organized civil society plays a vital role in mobilizing citizens to represent diffused public interests at the local level to balance such differences in power and money. While local participatory processes are in many cases regulated by law, they can often be mere formalities, put in place to fulfill loose legal commitments. Local advocacy, in contrast, has proven to be successful in representing the voices of the most vulnerable people or less tangible issues and stakeholders, such as the environment. Advocacy as strategy – especially in the most successful cases – goes further than protests, encompassing coordinated efforts that combine activities of dialogue, lobbying, litigation, and social engagement.

In the city of São Paulo, two successful advocacy strategies in the past decade succeeded in converging different perspectives into a vision for the city, resulting in the Municipal Law of Goals and the City Master Plan. These advocacy strategies included working with city counsellors to follow up on legislative developments at the municipal chamber of deputies, widely disseminating information to gather public support, formalizing coalitions, and presenting shared views to oppose vested interest through joint manifestos and letters signed by organized civil society.

São Paulo is one of the most unequal cities in the world. Inequalities accumulate and overlap, meaning the city has huge asymmetries in terms of access to public services and quality of life. Over time, this has created a vicious circle of poverty and hampered social mobility. São Paulo’s inequality materializes in stark differences, for example: in Cidade Tiradentes, a southern neighborhood within the city, a person has an estimated life expectancy of 55 years, while in the Jardim Paulista – just 21 kilometers away – people can expect to live for 81 years.

These differences are the result of a historical process of urbanization based on exclusion, where investments and opportunities were concentrated in specific areas of the city. This created privileged islands in the expanded city center, while in the rest of the city – especially in the peripheries – people still lack access to urban services and infrastructure, such as health services, education, culture, and mobility.

Against this background, the Municipal Goals Law was approved in February 2008 after the mobilization of Rede Nossa São Paulo and other organizations that advocated for more transparency in government plans. The law obliged mayors to present their goals for their four-year term to the population. This initiative aimed at ensuring that politicians are faithful to their election promises and that civil society can monitor their actions to ensure transparency and accountability. São Paulo was the first city in Brazil to approve this amendment. Several other cities have followed since then. In July 2011, Rede Nossa São Paulo presented a proposal for an amendment to the national constitution (PEC), aiming to spread such instruments nation-wide and oblige not only mayors but also governors and the president to follow the same program. The amendment is currently on hold, and should be resumed during 2019.

In 2014, São Paulo’s latest City Master Plan was approved after a long participatory process. The result was an unprecedented social pact that reflected the perspectives of different segments of society. The plan’s main goal is to orient development toward a more inclusive, polycentric and connected city through the deployment of new public transportation and incentives to de-concentrate population growth along the new and existing public transportation corridors. In order to tackle social-territorial discrepancies, the additional land appreciation generated by public investments is recovered by the municipality through a land charge or building rights (outorga onerosa) paid by real estate and reinvested in urban development throughout the whole city.

At present, these laws are being contested by political and/or economic interests. The new mayor, previous vice-Mayor for Dória’s government, took over in the remaining two of the four years term. Covas is now trying to unlawfully change the program agreed with civil society to meet his own political agenda for 2020’s elections. His program mainly focuses in carrying out municipal maintenance, rather than funding long-term investment infrastructure, such as public transportation corridors, which he will not reap the benefits/impacts during his mandate. The mayor can alter goals, yet not change them drastically without public consent and transparency. He has also openly allied with the real estate syndicate (SECOVI), which – despite evidence to the contrary – claims construction has decreased due to the master plan development orientation and the review on building rights costs. In addition, the syndicate do not see the long-term benefit of such measures for the city. The real estate syndicate unilaterally presented a proposal to modify core aspects of the plan, including the regulation of building heights outside public transportation buffer areas and a permanent reduction in building rights payments. Such changes were proposed with no discussions and go against the plan’s objectives.

Both Rede Nossa São Paulo and many other civil society actors, including the Brazilian Institute of Architects, have mobilized to deter such setbacks, arguing that a city must be the aggregate version of the dreams and aspirations of its entire population – and not only serve a small percentage of it.

Local advocacy creates spaces for negotiation and seeks convergence points around which to build sustainable cities. Cities that are now considered inspiring have undergone disruptive processes that shook private interests in the name of an inclusive long-term city vision. Nevertheless, when local leadership is influenced by nationalist forces and embedded in a polarized society – one that is experiencing high unemployment rates, not to mention asymmetry of information, “fake news”, and low social cohesion among citizens fed up with high levels of corruption and inaction – advocacy work is less effective in seeking even minimum consensus around complex challenges. In this scenario, everyone loses, as the negative externalities of the present are not taken into account for the future.

Carolina Guimaraes is a project manager at Sustainable Cities Institute in São Paulo, Brazil. She is also an urbanist consultant and has worked for various multilateral organizations, including Europeaid (EU Commission), UN-Habitat and Cities Alliance. She is a fellow of the Global Governance Futures – Robert Bosch Foundation Multilateral Dialogues 2030. This article presents the author’s own views.