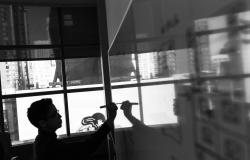 2021: Time for US Leadership on Multilateralism and a Sustainable Recovery

We Must Not Fail Humanity’s Greatest Test