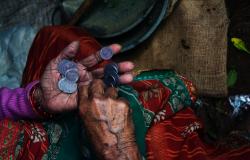 The impacts of COVID-19 in developing countries are starting to be felt. The Economist went as far as to call it the ‘next calamity’, noting how overlooked the impact on poorer countries has been. One relevant question is this: What will be the impact of COVID-19 on global poverty numbers? Chris Hoy, Eduardo Ortiz-Juarez, and myself decided to take a look in a new WIDER Working Paper.

Our estimates show that, regardless of the scenario, global poverty could increase for the first time since 1990 and, depending on the poverty line, such increase could represent a reversal of approximately 10 years in the world’s progress in reducing poverty. In some regions the adverse impacts could result in poverty levels similar to those recorded 30 years ago.

As far as we know, to date, the only estimates of the poverty impact of COVID-19 in developing countries across the world are those by the International Labour Organization (ILO) and the International Food Policy Research Institute (IFPRI).

IFPRI estimates, by Rob Vos and colleagues, use about 30 household surveys mainly from sub-Saharan Africa and South Asia to show that a global GDP slowdown of 1 percentage point would increase poverty (at the lower World Bank poverty line of US$1.90 per day) by between 14–22 million people. Somewhat counterintuitively, most of these (two-thirds) are rural dwellers.

The ILO and IFPRI estimates are both derived from complex computable general equilibrium (CGE) models that estimate how supply and demand shocks, output contractions, or changes in trade or production factors feed through to poverty.

What about the immediate impacts of a consumption contraction on households? Think millions of informal workers without work heading home (making the rural impacts above sound more intuitive).

We made new estimates of the impact of COVID-19 on global poverty in the short-run due to direct, consumption shocks.

We use the World Bank’s PovcalNet dataset — which has the advantage of higher coverage both in terms of the number of countries (about 160) and the whole countries’ population, not only working-age individuals. We considered a set of contractions to household per capita consumption and asked what these could mean for global poverty at the World Bank’s three global poverty lines of US$1.90, US$3.20, and US$5.50 per day.

What did we find?

Startlingly, we found that global poverty could rise by half a billion people.

Our estimates have limitations of course. First, we have a set of consumption contractions applied to all countries. We don’t know which of our three scenarios is closest to the final version, and consumption changes may differ across countries. Further, we are assuming that such contractions are distribution neutral. Second, we shouldn’t forget that there are other transmission channels from the pandemic to poverty beyond changes in consumption. Third, there are other types of poverty that we are not measuring, such as deprivations in health itself that can’t be captured in consumption losses. Finally, as Gentilini and colleagues’ recent review of global COVID policy responses has shown, many governments in middle-income developing countries have introduced or adapted social protection and jobs programmes, most notably cash transfer initiatives. Thus, to some extent the full impacts might be mitigated.

What should be done?

In the longer term there are questions about how to provide basic healthcare for all as part of the SDG package and how that is to be financed.

In the immediate term, there is an overwhelming need for the kinds of programmes Gentilini and colleagues identify — the full range of safety nets and social protection — to be initiated, expanded, and multiplied in all middle-income and low-income countries as soon as possible. If not, the tidal wave of COVID will become a tidal wave of new poverty.

Christopher is a Research and Policy Fellow (equivalent of an Assistant Professor) at the Crawford School of Public Policy.

Eduardo Ortiz-Juarez is a PhD student in the Department of International Development. He also holds a position as Research Associate at the Commitment to Equity Institute (CEQI) at Tulane University.

The views expressed in this piece are those of the author(s), and do not necessarily reflect the views of the Institute or the United Nations University, nor the programme/project donors.

This first appeared on UNU-WIDER's blog.

Photo by Riya Kumari from Pexels

The Problems of Authenticity Under Capitalism

Which Developing Countries have managed to Reduce Income Inequality and Why?

Early View Article - Academic Research on the 2030 Agenda: Challenges of a Transdisciplinary Field of Study