INGOs and Aid’s Middle Income Country Trap – What are the Options? 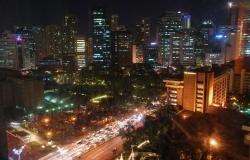 Duncan Green on what INGOs can do in fast developing semi-authoritarian countries.

Oxfam country directors face an unenviable task – juggling the daily management bureaucracy of the aid sector with the need to keep their eyes on the prize and think about strategy. Luckily, they are also some of the smartest, most politically savvy people in the organization. Here is a 16 minute segment of Philippines country director Lot Felizco, discussing the ‘middle income trap’ (my term, not hers).

What I take from this is that INGOs operating in a fast-growing, but increasingly authoritarian country have 3 options, all of them daunting in different ways:

But my impression from Lot is that to work effectively on any of these, you have to get away from the dead hand of orthodox aid, with its linear programmes, short time scales and obsession with metrics and indicators fixed in advance and set in stone. That means either finding a donor willing to innovate, as TAF seems to have done with the Australian Government, or reducing dependence on aid, which in any case tends to fall away as a country grows.

That’s tough, as Lot spells out, but I’m not sure there are many options.

Finally, a shout out for what smart social media can do in a hyper-connected country like the Philippines. This unashamedly schmaltzy 45 second video on the need to rebalance carework between women and men got 17.8 million views, the majority of them men!