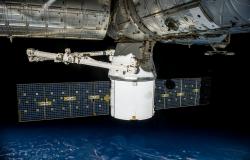 Occasionally, the International Space Station (ISS) must perform special dance maneuvers to avoid colliding with other objects. But the “dancing days” of the largest satellite to orbit the Earth are numbered. Simply put, the ISS infrastructure is aging.

President Biden’s Pledge to the ISS through 2030

Last December, the Biden administration pledged to extend the technical lifespan of the 1998 space station through 2030 to promote deep space exploration and continued collaboration with the 16 partner nations. The station can be safely operated under the aegis of NASA through 2030, but will need to be de-orbited, according to the new International Space Station Transition Report. In addition to NASA, the ISS is also supported by the European Space Agency, Japanese Aerospace Exploration Agency, the Canadian Space Agency, and the Russian State Space Corporation, Roscosmos.

Following Russia’s invasion of Ukraine, space ties between Russia and the United States have shown signs of unraveling. For instance, after the Biden administration announced economic sanctions against Russia’s space program, the director of Roscosmos, Dmitri Rogozin, rebuked the United States on Twitter, saying, “Do you want to destroy our cooperation on the ISS?” (author’s translation). Rogozin has repeatedly stated that Moscow intends to leave the ISS in response to sanctions, though no formal decisions have been made. Last spring, Deputy Prime Minister Yury Borisov indicated that Russia might end its decades-long partnership with the ISS by 2025, and is developing modules for a new Russian orbital station. Collectively, these words do not offer much encouragement that Russia will “save the last dance” for the ISS in 2030.

The ISS Was Not Designed for Disassembly

From a technological perspective, it is unlikely that Russia will “quit” the ISS before 2030. NASA reports that Roscosmos recently outfitted the ISS with “a new Russian research and docking module, and several power systems upgrades that will operate for the life of the vehicle.” Last winter, the ISS partners discovered an atmospheric leak in the Russian segment of the service module and are working to mitigate this shared risk to the station’s longevity. Despite these structural issues, Roscosmos completed its review process for extending its partnership with the ISS through 2024. To help assuage concerns that Moscow might try to decouple the Russian segment from the ISS, NASA announced that “the Space Station was not designed to be disassembled, and current interdependencies between each segment of the station prevent the US Orbital Segment and Russian Segment from operating independently,” reports Ars Technica. This is significant because the Russian segment is not self-powered and cannot independently pilot itself away.

From an economic perspective, it is also unlikely that Russia will quit the ISS because Roscosmos invested significant resources last summer into adding a multipurpose laboratory module (MLM) to boost the performance of the Russian segment over the next decade—not just to 2024. Further, the European Space Agency integrated its European robotic arm on the Russian MLM to promote the station’s shared long-term viability. It would be premature for Roscosmos to leave this venture when the gains from their latest investments to the ISS have not accrued. For these reasons, Russia’s investment actions speak louder than political rhetoric and demonstrate continued partnership interests.

Despite these potential economic and scientific gains, the ISS should be prepared for another scenario: if Moscow decides to cut its financial losses and instead deepen its budding space partnership with China. For example, during the 2022 Olympic Games in Beijing, Chinese president Xi Jinping and Russian president Vladimir Putin signed a joint statement on entering a new era of international relations—including in outer space. Roscosmos and the China National Space Administration also signed two agreements in 2021 to establish a shared lunar research center and pursue deep space exploration.

The China Manned Space Agency (CMSA), which manages China’s human spaceflight program, expects China’s Tiangong space station will be “fully operational” by the end of 2022. This is an impressive timeline, considering that in April 2021, the Tiangong’s core module, Tianhe, the “Harmony of the Heavens,” was first placed in orbit. The following month, the agency launched its Shenzhou-12 spacecraft, breaking China’s record for the longest running crewed mission in 2021.

That record was surpassed by Shenzhou-13 in April 2022 when its three-member crew returned to Earth after spending 183 days in space. The Shenzhou-13 mission was the second of four total crewed missions to assemble the modular space station and is China’s longest manned space flight to date. In early June the CMSA plans to launch its next crewed mission, Shenzhou-14, to continue constructing the T-shaped Tiangong space station. The final crewed mission (Shenzhou-15) for this phase is planned for November 2022, as well as a cargo refueling mission dubbed Tianzhou 5. Shenzhou-15’s mission is planned to overlap with the final leg of Shenzhou-14’s six-month mission, which is significant because China could break its own record with six Chinese taikonauts aboard the Tiangong station.

Planning for a Smooth Transition

As the United States works to advance the global discussion on maintaining the safety and sustainability of space, it is important that policymakers recognize that retiring the ISS in 2030 is already influencing how state actors are finding new dance partners.

On April 16, Chinese foreign ministry spokesman Wang Wenbin declared that China is “willing to work with any country and region that is dedicated to the peaceful use of space to carry out more international cooperation and exchanges,” like hosting foreign astronauts in joint missions aboard the Tiangong space station. The United States is unlikely to be a party to this, however, because the 2011 Wolf Amendment limits U.S. federal agencies, like NASA, from working with Chinese state entities on civil space exploration. Two days after the Chinese foreign ministry’s address, U.S. vice president Kamala Harris announced a moratorium on testing destructive direct-ascent anti-satellite (ASAT) missile tests and called upon other nations to make similar commitments to support responsible state behavior in space. NASA supported the moratorium and NASA administrator Bill Nelson declared that these tests—citing China in 2007 and Russia in 2021—harm the space environment at large, including the exploration efforts by “U.S. and European astronauts, Russian cosmonauts, and Chinese taikonauts in space.” Just as NASA has developed a decade-long plan to de-orbit the ISS for a smooth transition to commercial low-Earth-orbit destination services, the Biden administration should similarly develop a decade-long plan to accelerate the growth and innovation base of NASA’s Artemis programArtemis program. Artemis is an international space exploration initiative to return astronauts to the moon and conduct the first human mission to Mars. Presently, there are 17 signatory countries to the Artemis Accords: Australia, Brazil, Canada, Israel, Italy, Japan, the Republic of Korea, Luxembourg, Mexico, New Zealand, Poland, Romania, Ukraine, the Kingdom of Bahrain, the United Arab Emirates, the United Kingdom, and the United States. The Kingdom of Bahrain became the 17th country to sign the accords on March 2.

The Artemis program aims to return humans to the moon in 2025 and support a crewed mission to Mars by the end of 2030. The first crewed mission, Artemis II, is slated for May 2024, followed by Artemis III around 2025. These estimates, however, may not capture the full array of programmatic risks to the Artemis mission goals, like developing the Orion Multi-Purpose Crew Vehicle and the next generation of spacesuits, according to NASA’s astronaut office. While there are concerns about the 2025 landing goal, NASA is working with private industry to advance the Artemis program, and on June 1, announced that Axiom Space and Collins Aerospace would develop Artemis’s next generation of spacesuits.

Preparation is essential for success. To support these goals, and to help stabilize the transition years ahead, dual planning efforts by the Biden administration and NASA are imperative to safely transition the ISS while also advancing the Artemis program.

The author would like to give special thanks to Cadet Mary E. Bell.

Zhanna L. Malekos Smith, JD, is a senior associate (non-resident) with the Strategic Technologies Program and the Aerospace Security Project at the Center for Strategic and International Studies (CSIS), an assistant professor in the Department of Systems Engineering at the U.S. Military Academy at West Point, and an affiliate faculty member with the Modern War Institute. Prior to joining West Point, she was a professor of cyber warfare studies with the U.S. Air War College. A former captain and attorney in the U.S. Air Force’s Judge Advocate General’s Corps, Ms. Malekos Smith received her commission from the Reserve Officers' Training Corps program at the Massachusetts Institute of Technology, where she was a cross-registered student and participated in the Undergraduate Research Opportunities Program. She has held fellowships with the Madeleine Korbel Albright Institute for Global Affairs, the Belfer Center’s Cyber Security Project at the Harvard Kennedy School, Duke University Law School as the Reuben Everett cyber scholar, and Stanford University’s U.S.-Russia Forum. She writes in the areas of space, cybersecurity, emerging technologies, and international relations. Ms. Malekos Smith’s writing and commentary has appeared in the Los Angeles Times, POLITICO, Nature, The Hill, Physics Today, Lawfare, and Le Figaro. She received a BA in Russian and international relations from Wellesley College, an MA and Associateship of King's College (AKC) from King’s College London, Department of War Studies, and a JD from the University of California, Davis, where she pursued a self-concentration in cyberlaw. She serves as a volunteer consultant for Hostage US, a nonprofit that supports the families of Americans taken hostage abroad and hostages when they return home.

Commentary is produced by the Center for Strategic and International Studies (CSIS), a private, tax-exempt institution focusing on international public policy issues. Its research is nonpartisan and nonproprietary. CSIS does not take specific policy positions. Accordingly, all views, positions, and conclusions expressed in this publication should be understood to be solely those of the author(s). It was reposted with permission of the author.