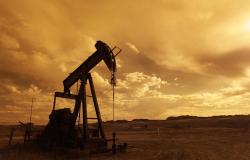 We have the technical know-how as well as the available economic resources to make the transition to a clean energy future. Now it must be done.

The Declaration of Independence, the work of a five-person committee appointed by the Continental Congress, but with Thomas Jefferson as the most vocal figure of the values of the Enlightenment on this side of this Atlantic being the primary author and upon the insistence of none other than John Adams himself, is one of the most important documents in the history of democracy and of political progress.

Built around Locke’s political epistemology, the Declaration of Independence signaled to the world that the old political order based on the divine right of kings and political absolutism in general was illegitimate and that, subsequently, people have the right to overthrow a regime that fails to protect the "self-evident" rights of every individual, which are "Life, Liberty and the Pursuit of Happiness."

The Declaration of Independence, the official birth certificate of the American nation and the most progressive document of its time in support of popular sovereignty, was officially approved by the Congress on July 4, 1776, but it would end up eventually becoming an inspiration to future generations both in the United States and around the world. For example, the "Declaration of Sentiments and Resolutions" issued by early feminists at the July 1848 Seneca Falls Convention was modeled after the Declaration of Independence. Ho Chi Ming’s speech on September 2, 1945, proclaiming the Independent Democratic Republic of Vietnam, began with nearly an exact quote from the second paragraph of America’s 1776 Declaration of Independence.

The planet is on the verge of unmitigated disaster due to global warming. The Industrial Revolution, which began in the late 18th and early 19th centuries, brought about a series of major transformations in energy usage—first from wood to coal and then to oil and gas. And, to be sure, for more than a century, from the 1870s to the 1970s, to be exact, the world experienced unprecedented economic growth, although the relationship between economic growth and fossil fuel energy consumption is not straightforwardly linear for both developed and emerging economies.

However, for several decades now, we have also known of the effects of fossil fuels on the environment and climate change. The burning of fossil fuels releases carbon dioxide into the atmosphere. Carbon dioxide, methane and other greenhouse gasses trap heat in Earth's atmosphere, causing global warming. The Earth’s average global temperature has risen by 1.4 degrees Fahrenheit, according to NASA’s Godard Institute. Some regions of the world, however, have already seen average temperatures rise by more than 2 degrees Fahrenheit because temperatures increase at different speeds, with land areas warming faster than coastal areas.

Global temperatures matter. Rising global temperatures have major effects on numerous fronts, ranging from air quality and rising sea levels to the frequency of environmental events such as forest fires, hurricanes, heat waves, floods, droughts, and so on. The climate crisis also impacts on human rights and becomes a driver of migration. And last but not least, there are economic costs associated with the climate crisis as rising temperatures affect a wide range of industries, from agriculture to tourism. It’s estimated that the economic damage caused by natural disasters for the most recent decade (2000-2009) was approximately $3 trillion—more than $1 trillion increase from the previous decade.

Make no mistake about it. The world’s most authoritative voice on the climate crisis, the Intergovernmental Panel on Climate Change (ICPP) has been warning us for several years now that the world is at serious risk, and that time is running out to save the planet. Yet, very little has been done so far to address our climate emergency, although we know what needs to be done.

What needs to be done is to move the world economy to net-zero emissions and 100 clean energy. This requires, starting immediately, to implement a radical plan for the phasing out of fossil fuels and the concomitant implementation of a green global infrastructure development plan. In this massive undertaking, the public sector needs to become the vanguard of the transition to the clean and renewable energy, with the citizenry fully on its corner and against those greedy capitalists who continue to put profits ahead of people and the planet’s future.

We have the technical know-how as well as the available economic resources to make the transition to a clean energy future. Details of this undertaking are  spelled out, for instance, in the recent publication of Climate Crisis and the Global Green New Deal: The Political Economy of Saving the Planet (Verso 2020) by Noam Chomsky and Robert Pollin.

Moreover, the transition to a clean energy future does not mean the end of economic growth. On the contrary, a Global Green New Deal, as University of Massachusetts economics professor Robert Pollin has sketched out in the aforementioned book, will generate millions of new and good-paying jobs in both the developed and the developing countries. The economic benefits of a green new deal are quite significant, while the costs of not doing a green new deal are catastrophic.

In sum, the time has come for the people of the United States—and indeed of citizens all over the beautiful blue planet—to announce a new Declaration of Independence: a declaration of independence from fossil fuels. This is our only chance to move towards a sustainable future, our only chance to avoid the highly likely probability of a return to barbarism due to the collapse of organized social order brought about by mitigating global warming.

This first appeared on Common Dreams.

The Disabled Ukrainians Doing What the UN Can’t (or Won’t?)