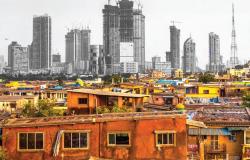 Eric Meade consults to nonprofits, foundations, and NGOs and teaches at American University’s School of International Service in Washington, DC. His book, Reframing Poverty: New Thinking and Feeling About Humanity’s Greatest Challenge, invites readers to explore how their emotions about poverty shape their responses to it.

We do not like to see other humans suffer. There could be several reasons for that. Perhaps we are innately good. Perhaps we feel others’ pain through our “mirror neurons,” which prompt us to feel emotions we observe in others. Perhaps our evolutionary past of living in small bands has bred in us a concern for the wellbeing of our fellow travelers. But for whatever reason, poverty touches us humans deeply, and we want to respond.

But how should we respond? Ostensibly, we devote a lot of objective study to this question. We read research reports and white papers to find out “what works” and then try to bring it to scale. We experiment with new technologies and program designs that will help “us” (the non-poor) help “them” (the poor).

Too bad it’s not that simple. We are not as objective as we think, because the distinction between “poor” and “non-poor” is a fallacy. Only 200 years ago, 84 percent of humans lived in poverty by the World Bank’s current standard (accounting for inflation). Very few of us would have to look very far back in our own family histories to find relatives who genuinely struggled to survive. How they escaped poverty – or why they were unable to do so – likely shapes how we respond to poverty today. Their struggles live on in what we feel, think, and do about poverty.

This explains the centuries-long debate over the causes of poverty. In Reframing Poverty, I summarize four explanations for poverty and explore the emotions that might lead a person to adopt each one. (The emotions are a matter of conjecture, since everyone makes palatable sense of the world in their own way.) The explanations include:

Speaking objectively, if one of these views were true and the others false we would know it by now. Remarkably, each generation creates new evidence to support all four views. And the debate continues.

It continues because we are not as objective as we would like to believe. Our experiences of poverty – in our own lives and in those of our families – shape how we feel and what we believe about poverty. And often this leads us to take action in the world that may fit our own beliefs without actually serving the people we seek to help.

What’s the way out?

We humans are all shaped by poverty. Poverty is the initial condition of our species, and most of us have only recently made it out! This fact may serve to assuage the hesitance of some among the so-called “non-poor” to say what they really think, assuming that their viewpoint is somehow less legitimate than the views of people who are poor right now.

But what is important is to say what you really think with the awareness of why you think it, and with the awareness of the limited (though perhaps substantial) value your own experience has for the lives of others. And at the very least, do not claim to be objective when it comes to poverty.

This first appeared on Duncan Green's blog From Poverty 2 Power.