Why Compromise in the Donbas Is Unhelpful 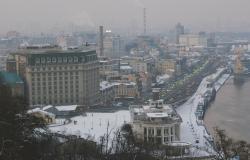 Seemingly sensible proposals to Kyiv to partially satisfy Moscow’s demands in Eastern Ukraine are counterproductive. They ignore the record of compromising with Russian revanchism, and underestimate the unexplored potential of serious sanctions. They also do not take into account the political mood that has emerged in Ukraine since the start of the war in 2014.

In recent months, a popular idea to lower tensions between Russia and the West has, among some experts, become to ask Kyiv to seek compromise with Moscow. In the seeming absence of better options, Ukraine should succumb to permanent unofficial Kremlin control of the Donets Basin (Donbas) currently occupied by Russia. This would satisfy Moscow for now and be in the Ukrainians’ own best interest.

Indeed, Ukraine’s hopes for Western direct military assistance, NATO and EU membership, or a US mutual aid pact are unrealistic. Thus, reaching a compromise with Russia may be Ukraine’s currently “best bad” option, and might appear as useful to be pursued by the West. Yet, such a compromise is, for three reasons, only on the surface a suitable instrument to lower tensions in Eastern Europe.

First, compromising with post-Soviet Russia’s disregard for the sovereignty and integrity of other successor states of the USSR is neither a new nor a successful strategy. The most telling – because it’s the longest – story is that of Moldova. In 1992, Russia intervened militarily in an inner-Moldovan conflict. Ever since, a Moscow-supported pseudo-state in Transnistria, and Russian regular troop detachment, stationed without consent from Chisinau, have been undermining Moldovan sovereignty. A similar story has been ongoing in Georgia since 2008, if not before. Russia has not been sanctioned for its destructions of the Moldovan or Georgian states, and has thereby been encouraged to continue.

When Russia started its military aggression against Ukraine in late February 2014, the West initially also refrained from any substantial material action. It instead encouraged Kyiv to not deploy its troops in Southern Ukraine to defend Crimea. The minor Western sanctions imposed after the peninsula’s annexation were too little too late.

The result of the West’s restrained behaviour was neither a resolution of the Crimea issue nor an achievement of peace. In March 2014, Moscow launched a broad hybrid attack on mainland Ukraine involving various Russian state agencies, paramilitary groups, proxy organizations, and regular troops. Alongside thousands of Ukrainian soldiers and civilians, over 200 hundred EU citizens on flight MH17 became victims of Russia’s war against Ukraine.

The looming new escalation between the two countries suggests a need to urgently ease tensions. Some think that this can be only achieved via Western pressure on Ukraine to agree to Russia’s interpretation of the Minsk Agreements on Donbas. The resulting concessions by Kyiv might temporarily satisfy Moscow, and buy some time for Ukraine. Yet, such an appeasement would have grave collateral effects, and may have repercussions.

An ad hoc Russian political triumph in the Donbas would be a merely partial, or even elusive success for the Kremlin. Obtaining permanent control over the Eastern Donets Basin has an only instrumental purpose. It does not play – like the annexation of Crimea – an essential role by itself for the Kremlin. Moscow does not need the Donbas as such but sees it as a mean to destabilize and influence Ukraine. A Western compromise on the Donbas would not satisfy Moscow’s original wish to turn Ukraine as a whole into something approximating the “people’s republics” in the eastern part of the country.

Ukrainian concessions on the Donbas would not meet the Kremlin’s larger demand to fundamentally renegotiate the European security order. Moscow’s plans for Ukraine are the most important, but not only expressions of the Kremlin’s desire that the West recognizes a Russian special sphere of interest. Worse, it would demonstrate to Moscow three older inferences. (A) Military posture or/and escalation works. (B) Ukraine’s independence remains incomplete. (C) The West can be made to function as an accomplice to Russian attempts to subvert the integrity of post-Soviet states.

A second defect in Western debates on how to deal best with Russia is an underestimation of the social impact of economic measures. This is a serious Western instrument to contain Russia without employing military means. Some, however, suppose that such sanctions will not be imposed, others that they may not help to sufficient degree. This assumption is fundamental to the conclusion that Western pressure on Kyiv is the only way out of the current quagmire.

One cannot know for certain, in advance, the effects of substantive individual and sectoral sanctions on the Russian political leadership and system. Yet, there are indications that restrictive economic measures may be more effective regarding Russia than in relation to, say, North Korea or Iran. The current Western sanctions imposed on Russia are, despite much European fanfare, limited. Many of the measures target individuals and a number of companies. Most sanctions do not directly hit the Russian economy as a whole. The somewhat more significant general restrictions imposed by the EU in the summer of 2014 are not properly sectoral, but rather sub-sectoral. They only concern the EU’s sale of certain narrowly defined high technologies and financial services to Russia.

Assuming a significant impact of serious Western sanctions on Russia’s economy and, in extension, its behaviour is plausible in view of what we already know today. It can be extrapolated from some well-researched consequences of the existing individual and sub-sectoral measures that have been in place since 2014. Two detailed studies published in 2021, by Erik Andermo and Martin Kragh in the journal Post-Soviet Affairs as well as by Anders Aslund and Maria Snegovaya in a report for the Atlantic Council, have demonstrated considerable negative indirect repercussions for Russian economic growth of the limited Western sanctions that have been in place during the last seven years. While these minor measures have not led to a Russian economic decline, they have prevented a likely higher economic growth since 2014. These studies indicate that Russians would have had billions of dollars more income without the rather modest sanctions adopted seven-and-a-half years ago.

The seemingly considerable potential of unused Western sanctions should be seen in connection to two other recent empirical studies by Maria Snegovaya, a Russian political economist living in Washington, DC. Snegovaya has demonstrated a correlation of Russian expansionist sentiments with the income from energy exports, as well as the country’s related general socio-economic situation. The aggressiveness of Russian presidents’ foreign policy rhetoric is positively related to the level of oil prices and export revenues. Moreover, Russia’s population’s mood is more enterprising in foreign affairs in times of good socioeconomic development. While these studies do not address the issue of sanctions, they indicate that economic performance and their social effects are important issues for the foreign political thinking of both, the elite and population of Russia.

A third miscalculation in many Western deliberations about Ukraine concerns the domestic repercussions of further Ukrainian compromises on its political sovereignty and territorial integrity. To be sure, a joint Western insistence that Kyiv consents to an implementation of the Minsk Agreements leaving the occupied Donbas territories under informal Moscow tutelage is possible. Yet, the larger challenge for Kyiv and the West would be how to make Ukrainian society and especially those parts of it that have been involved in the more than seven-year war effort settle with such a solution.

There are today numerous Ukrainians who have contributed and sacrificed a lot for the defence of the fatherland. Millions have invested their money, time, nerves, energy, and health while thousands have lost their beloved in the war. Many Ukrainians would thus hardly agree to a fishy peace deal with Russia. In fact, a significant part of Ukrainian society is already today unhappy about what they perceive as Kyiv’s not hawkish enough stance vis-à-vis Russia and the two so-called “people’s republics,” in the East.

Historical experience suggests that a dubious compromise between Kyiv and Moscow could not only lead to Ukrainian riots. In the worst case, protests against concessions towards Russia could turn into a, now, real and not, like hitherto, pseudo-civil war in Ukraine. In summer 2015, then President Petro Poroshenko, hardly a dove, started, under Western pressure, a process to change Ukraine’s Constitution allowing for a special status of the occupied East Ukrainian territories. This led to disturbances in front of Ukraine’s parliament leaving several people dead and dozens injured.

Since then, the aversion against any Ukrainian allowances in the war with Russia has grown rather than declined. One suspects, moreover, that the enormous domestic risks from a fundamental Ukrainian policy change regarding the Donbass war are fully understood in the Kremlin. Perhaps, an escalation of inner-Ukrainian tensions has been a major or even the major purpose of the entire Russian enterprise, in the first place.

The stark choice facing the Ukrainian leadership is even bleaker than many in the West might recognize. The alternative is not only and not so much between a self-sacrificing war, on the one side, and denigrating peace-deal with Russia, on the other. Instead, Kyiv’s possible partial satisfaction of Moscow’s appetite entails secondary domestic and foreign dangers that could turn out to be, in their sum, larger than the hazards of a new armed escalation today.

Andreas Umland is an analyst with the Stockholm Centre for Eastern European Studies at the Swedish Institute of International Affairs. John Zachau is acknowledged for making useful comments on an earlier draft of this text.

Photo by Kate Bezzubets from Pexels