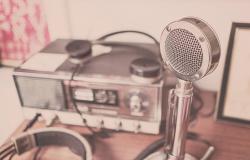 GP Columnist Scott Montgomery explores the life of one of America's most celebrated myth makers and how he helped pave the way for Trump's politics.

In this year’s Conservative Political Action Committee (CPAC) meeting, held over three days during the last week of February, there was little talk about strategy. Much love, however, was reserved for a single individual. For three days, a pantheon of Republican leaders and personalities, from Sen. Ted Cruz and House Minority leader Keven McCarthy to ex-Secretary of State Mike Pompeo, vigorously upheld every lie, conspiracy, and personal attack that the loved one, Donald Trump, had put forth in his final days in office. Above all, the lie of a rigged election sailed high and bound the speakers and the audience in a way that made it clear there is no deep rift in the GOP, only a handful of apostates.

In his speech at CPAC, Trump declared, “We have the Republican Party. It’s going to unite and be stronger than ever before.” In typical fashion, he took up a litany of complaints, criticisms, mockery, and demonizations regarding those he considers enemies, even hinting he might run again in 2024. For his first time back in the public eye after the Capitol assault of January 6, Mr. Trump did not depart one iota from his trademark style of discourse.

Perhaps this is just as it should be. Barely a week earlier, his operative mentor, speech tutor, and model in many respects, to whom he had given the highest civilian honor in the land, the Presidential Medal of Freedom, passed away. In a sense, the celebration of Trump at CPAC was also a eulogy to this man, Rush Limbaugh. No one, after all, did more to give birth to the movement that the ex-president claims as his own.

Eulogies for Mr. Limbaugh, who died of lung cancer on February 20, were many. One of the most widely read and commented upon was that by another deep admirer, conservative Ben Shapiro, whose comments appeared in the New York Times. Shapiro is a far-right commentator and media host, author of Brainwashed: How Universities Indoctrinate America’s Youth and a popular daily podcast ranked among the top few in the U.S. His appearance in the Times provides good material for a closer look at the Limbaugh phenomenon and its deeper meaning.

The literary form of the eulogy (from eulogium, a latin adoption from Greek eu logia “praise expressed well”) offers an opportunity for a writer or speaker to venerate their own views through the achievements of someone more famous or powerful. This might be a teacher, friend, family member, or even a person one has met but never known well (Susan Sontag’s 1972 essay on Paul Goodman is a worthy example). But the alloy of presumably genuine feeling, heroification, and self-promotion allows someone to be more revealing than they might intend, to be naked without full awareness.

Such is the case with Mr. Shapiro, who amply represents the Limbaugh faithful. “To virtually all conservatives born after 1960,” he begins, “Rush Limbaugh was a seminal figure…Before [him], there was virtually no broadcast conservative media…[C]onservatives appeared in broadcast media at the sufferance of liberal overlords.” Such is a mixture of fact and exaggeration, to put it mildly. Mr. Shapiro avoids mention of the obvious forefather to Limbaugh, Father Charles Coughlin, who drew tens of millions of weekly listeners to his angry monologues against government, Jews, and FDR, and in favor of Hitler’s Germany.

Limbaugh is a carbon copy of Coughlin only in the most important respects—the appeal to nativism; the rhetoric of victimization and conspiracy; elevation of distrust; and stirring of hatred, including ethnic prejudice. Before radio, moreover, nativist public speakers were far from rare. In the post-war period, there were radio voices like Paul Harvey and Fulton Lewis, as well as a long line of televangelists, and—if one happened to live in rural areas of certain states (e.g. Wyoming, Arizona, Texas)—local commentators were not shy about expressing far-right views about environmentalism or the evils of government. So Rush Limbaugh is a recognizable elementt of American cultural history. He was, however, a phenomenon just the same. Since Coughlin, no one has taken up the venerable scepter of nativist hate to such a successful degree. He did not attract all conservatives, as Shaprio suggests, putting off more than a few intellectuals on the right.

But the point is not to critique Shapiro’s piece or to reject what he says. His brief elegy is more valuable than any attempt to murder it by dissection. It provides a helpful series of highlights about how the Limbaugh faithful and a good many others of similar mind understand what they call “the left.” Throughout, for example, Shapiro claims that Limbaugh and his progeny at Fox News (Hannity, Carlson, et al.) faced a great wall of censorship: “conservatives know that the comity of the pre-Rush media landscape was a sham, a consensus that existed because dissent was suppressed.” Limbaugh came on the scene with his talk show in 1988, more than a decade after Ronald Reagan had become a household political name (in the 1976 election against Jimmy Carter) and then the “great communicator” president in 1980. Limbaugh never spoke for all conservatives, but it is a key part of his constructed image that he did so and that he was the lone knight to do heroic battle against a hegemonic force:

Rush’s gleeful, oppositional defiance is what so angered the left. Before Rush, the left’s quasi-monopoly in media had granted it victory in political debate by default, and with it, a feeling of smug, unearned superiority. But Rush broke this monopoly. Unlike the “objective” elitists in liberal newsrooms, Rush never hid his politics…He didn’t appeal just to dyed-in-the-wool conservatives, either. He made fans of people who had never before been exposed to conservatism. So, [to the left], Rush’s opposition was creating polarization where there had once been consensus…He leaves behind a thousand outlets doing what he once did: explicating conservatism and fighting back against the predations of a left that seeks institutional and cultural hegemony.

Such words echo something of the sound and fury that began with William F. Buckley, Jr. and the origins of post-war American conservatism as a rebellious New Right. This was a realm of thought and principle, as Buckley stressed, that was small, grandly outgunned, and forced to war against overwhelming odds for survival and growth. In such a situation, employing mannerisms, big words, and taunts were part of generating outrage as a type of victory; people paid attention. Growth happened (for a host of reasons), and movement conservatism became a potent force in post-war American politics by the 1970s. Reagan’s election and reelection proved it was no longer such an underdog.

Shapiro brings Buckley and Limbaugh together but gives more gold to the latter man. Buckley, he says, “wrote for those with graduate degrees, [while] Rush talked to those with high school diplomas.” Limbaugh thus took conservativism it directly to the people and thereby was the greater force in bringing it fully into the mainstream. Yet even now, after conservative Republicans have held power in Washington and most state legislatures for two decades, the situation faced by Buckley in the beginning hasn’t changed. Limbaugh’s “fighting attitude” and “gleeful, oppositional defiance” reflect the fact that the liberal Leviathan remains dominant.

Intolerant, hegemonic, smug, and censorious, “the left” has never paused in its role as the greatest threat to freedom and tolerance in America. Rush Limbaugh, with his great talent of everyman eloquence, was the one who struck back. He, not Buckley, created “a thousand outlets doing what he once did: explicating conservatism.” He, not Ronald Reagan, Newt Gingrich, or Barry Goldwater, was the creator of a style that Donald Trump adopted and made his own. Yet, even though speaking to an audience untold mission on 600 radio stations, Rush the knight in barbed armor continued to face a force beyond all reckoning.

Here lies the bleeding heart of the matter. The conservative army that Limbaugh and his followers and imitators have created, the Neo-New Right as it might be called, is, in its own eyes, an oppositional movement, a type of résistance. And as such, it refuses to abandon the image of being oppressed, drinking from the well of eternal failure. Conservatives, Shapiro says, are the real yeoman of dissent. Such is what justifies their use of attacks, accusation, bitterness, and rage. Such is also why they sanctify must their heroes without admitting any excesses and flaws. Mythic opposition requires martyrs, as shown by other movements that live with omens.

What Ben Shapiro’s short essay helps highlight, in other words, is that the Limbaugh brand of conservative cannot abandon the sense of righteous defeat. It is this sense that justifies the unwavering perception of a struggle not only among ideas but for existence itself. If this sounds a bit like Southern sensibilities long after the Civil War, it may not be an accident. Limbaugh conservatives believe they are the true heirs of the Founding Fathers, thus the true defenders of Enlightenment values, as embodied in the U.S. Constitution and American democracy. That this makes them defiant and fearful in defeat only raises the legitimacy of their indignation.

As the true defenders, they are unwilling or unable to accept that their hero told lies, targeted the weak, denied scientific fact, and hatefully scorned all who did not accept his megalomaniacal importance. Rush Limbaugh devoted his vast energy and dynamism to convincing millions of people it was virtuous and honorable to believe blatant falsehoods, indulge crude prejudices, and lose trust in institutions whenever they were run by “the other side.” He proved himself capable of building a firm foundation that could support hate and wrath as sanctified states of mind, to the extent that such a sensibility could fuel an entire rightwing media universe and support a man of terrible character and ugly impulse to become America’s 45th president.

The real world truth, of course, is that Limbaugh was no underdog himself. He was hugely wealthy, enormously successful, incredibly influential, and widely admired. Rather than a symbol for left-behind whites in the rural/suburban lands of flyover states, he represented the reality that significant portions of the far-right have been well-financed, densely networked, organized, and disciplined. In state legislatures and in Congress, these portions have been able to carry out national plans to suppress voting by non-white minorities, gerrymander hundreds of districts, and stack the judiciary up to the Supreme Court. Despite all this, Limbaugh and his media epigones have continued to convince their vast audiences that victory will never be theirs to have and hold.

This helps explain why storming the Capitol in the name of a presidential lie could qualify as saving democracy. The fact that some of the attackers wore shirts that said “Camp Auschwitz” and “work brings freedom” makes the point still sharper. Did Rush Limbaugh help pave the way to Donald Trump and the Capitol assault? Absolutely. Did he contribute greatly to the abandonment of bipartisanship and degradation of political discourse in America? Again, without a doubt. Shapiro would strongly disagree. But his hagiography betrays him.

In the end, Ben Shapiro’s unintended message in his brief eulogy is that Rush Limbaugh succeeded by telling millions of people their intolerant ideas and values were virtuous but had failed and would always fail. Also that this made them the persecuted and aggrieved of the earth who must never forsake a sacred losing battle. In this, he was “seminal,” forging a more extreme and contagious strain of conservatism that Edmund Burke would have found appalling. It has indeed come at great cost to the country.

Photo by Gratisography from Pexels