The Past, Present and Future of Global Governance 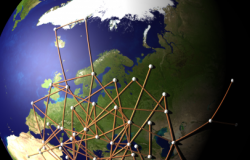 GP Board Member Pascal Lamy argues that while many of the answers to globalization's questions reside within domestic political systems, our current global governance system is insufficient to address borderless challenges. Globally, we should focus on maximizing the utility of our present system and find an acceptable point of value convergence, to improve global economic, political and social integration.

Although human history has witnessed various periods in which technological advances transformed societies, we have never seen the giant, forceful and rapid changes like those wrought by globalization over the past several decades. Such forceful globalization has presented immense opportunities and huge economic and social benefits, but also concomitant inequalities, instability, contagion, and stresses to humanity and the earth.

This combination represents a challenge to global governance: how can we harness globalization in order to maximize its benefits and minimize its costs? While many of the answers to globalization’s questions reside within domestic political systems, our current global governance system is insufficient to address borderless challenges like reducing carbon emissions, reversing ocean depletion, combating protectionism, currency volatility, tax evasion or cyber criminality. These and other problems can only be addressed with some form of global governance.

Advances in global governance have nevertheless been hindered by specific difficulties, which are often underestimated. Whether national, corporate, or otherwise, we know what we should expect from traditional governance: legitimacy, coherence and efficiency. We also know that these elements must be carefully interwoven if they are to produce results. However, the architecture of our international system, based on the Westphalian concept of the primacy of sovereign nation states, is hardly capable of producing such outcomes.

Such a system presents clear obstacles to progress in producing leadership, legitimacy, coherence and efficiency at the global level. How can a leader be appointed when all sovereign states are equal? How legitimate can a global decision be when its accountability exponentially decreases the further it is taken from the world’s 7.2 billion citizens? How coherent can international governance be when it is based on clustered organizations with the very specific roles and mandates permitted by their sponsoring sovereign nations? Finally, how efficient can the decisions of these organizations be when they are necessarily adopted by consensus, and thus few and far between?

These questions explain why the emergence of the current international organization system—which began 150 years ago with the International Telegraph Union, and of which the latest substantial episode was International Criminal Court’s creation in 1998— has been such an arduous and painful process. But it has emerged, underpinned by the treaties through which state entities have gradually agreed to renounce portions of their sovereignty. Comprising both formal institutions like the UN system and Bretton Woods Institutions, and informal structures like the G5/G7/ G8 and now G20, this system is somewhat like a map of an island chain connected by dotted lines—far from covering all the necessary fields of global governance.

We should note that it took several major world disasters in the 20th century to gather the extraordinary political energy necessary to take these few small steps away from state sovereignty and the “security blanket” of the Westphalian system. We should also acknowledge that the ideological infrastructure of our global governance, while not exclusively derived from the Washington Consensus, has been produced in the West and reflects the development of globalized market capitalism and a political system of liberal democracies.

Over the past 20 years, the gradual pace of the construction of this global governance system has stalled to a near standstill due to a sequence of geotechnical, geoeconomic and geopolitical developments that have intensified the obstacles of the previous era.

The last development is, in reality, more of a revolution: the emergence of developing economies in the wake of globalization has fundamentally reoriented the global balance of power between North and South, East and West. These emerging powers have leveraged market capitalism and information technologies to realize economic and social development at astonishing speeds and levels—although the total reduction of global poverty has not prevented rising levels of inequality.

While these new stakeholders have adapted to globalized markets, they are less inclined to accept a globalized political sphere and the erosion of sovereignty implied by the old or, for that matter, any international order. Because they did not write the rules of the game, there is a sense that the balance of obligations between ‘North’ and ‘South’ no longer applies, thereby undermining rules governing international trade and the environment.

The second development involves the consequences of the economic crisis that began in 2007 and 2008. First, by exaggerating the gulf in growth rates between and emerging actors, it accelerated the “Great Changeover”. Second, the crisis served to undermine the legitimacy of the old “western” model. Finally, the crisis drained nations of the sort of political energy necessary for global governance.

While conventional thought suggests the contrary, advances in international policy require immense political energy. International negotiations are, above all, negotiations at the domestic and national levels and necessitate strong domestic political leadership. The economic and social hardships imposed by times of crisis often cause public opinions to harden, weakening governments therefore leading them to neglect the international scene until domestic situations improve. They can also translate into populist reactions – of which the common discourse is to “blame the foreigner.”

Thus international governance has itself entered a sort of crisis phase, seemingly incapable of adapting to the new global balance or creating new common ground on which to cooperate. Indeed, we have witnessed no major advances in global governance since the inception of the ICC or the conclusion of the Uruguay Round, nor any reform of the antiquated UN Security Council.

We find ourselves in a context of global governance gridlock, to use David Held’s words; our failure to find solutions to this gridlock could well portend numerous economic, social and cultural hazards for future generations.

But despite these difficult circumstances, I believe that there are some avenues that could allow us to bridge the gap. In order to do so, it is important that we abandon the idea of a “big bang” in global governance— the likes of which would only result from a major global conflict, which I fortunately think we can avoid. Instead, we should focus on maximizing the utility of our present system.

This avenue entails the improvement and increased reliance on the existing international framework, namely the triangle formed by the G20, the United Nations system and specialized international organizations. Despite its lack of legitimacy, the G20 has the potential to produce a sort of cross-cutting coherence and impetus for advancing global governance. Although lacking in efficiency, the UN can lend its legitimacy. With the support of these first two sides, specialized agencies can complete the triangle by providing solutions based on their specific areas of expertise. We have seen some success in the better implementation of this triangle: in the domain of global financial regulation, when the G20 forged the Financial Stability Board in 2009, and in the general resistance to protectionist pressures throughout the crisis.

For this approach to work, more efforts must be made to introduce the tools and benchmarks necessary to monitor organizational and institutional activities and to measure their successes, thereby improving their overall accountability. In this sense, the Millennium Development Goals were an important innovation in global governance and the new post-2015 generation of sustainable development goals should hopefully build on these successes.

Because relying on the existing global framework is the best option at present, we should also consider the potential of incremental advances. This includes, as suggested by Oxford Martin’s report, a gradual shift away from consensus-based decisions towards some model of majority voting within organizations, a greater right of initiative for the leaders of international organizations, and the insertion of sunset clauses in their mandates in order to ensure their relevance. At the same time, we must be prepared to accept small starting steps in areas where our global infrastructure is sorely lacking, like cyber-security, migration, taxation and energy.

There are also opportunities for advances in governance that are outside of the current framework. For example, continued regional integration has led to different models of “mini-global governance” in Europe and these, in their own way, are moving in the same direction, in Asia, Africa and Central America. The creation of innovative partnerships through the inclusion of new actors—be they non-governmental organizations, international companies or megacities—could allow for a more effective leveraging of resources than through the UN system alone.

To conclude, I would like to mention one remaining challenge we must overcome if we are to succeed in adapting global governance to the needs of the 21st century: values. The speed with which globalization has reoriented economic activity and rebalanced global power has also served to highlight our disparate “collective preferences”, or value systems. We see this as trade obstacles transform from policies designed to protect producers to more subjective, precautionary measures conceived of to protect consumers from risk. All governance systems need a foundation of aggregated collective preferences; this is also true at the global scale.

Therefore, it is my view that acknowledging and understanding our ethical differences is a prerequisite to attempts to find an acceptable point of convergence. This attempt at acknowledging and understanding is probably the most valuable contribution our global system could make to improve global economic, political, and social integration in order to ensure the best possible future for the generations to come.

Footnotes provided by the author are available on request. This post first appeared on Boao Review.