What is the Political, and Why Should We Care? 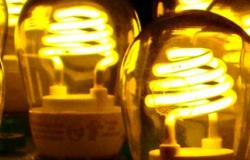 James Ranger attempts to address the issue of what ‘being’ political is all about and why answering the conundrum matters.

When political theorists debate the nature of the ‘political’, it strikes the ear as strange. Conventionally, we understand politics in a general sense to mean the practice of power relations, or the relationships between people and governing institutions, or the discursive distribution of power and resources, and although there are often disagreements about the precise definition, there is sufficient overlap that academics understand one another when they talk about politics as a subject of inquiry. However, when talking about ‘the political’, as it is so abstractly articulated in certain areas of the literature, there seems to be far more debate, with supposedly more at stake. ‘The political’ appears to denote some sort of primordial state of things, or an ingredient in a social situation that transmogrifies it into a ‘political’ one. In quotidian language, we understand what it means to ‘do politics’ or to ‘get political’, but to ask the question ‘what is the political’ is to ask an ontological question: what is the character of a political situation or action that marks it as distinctive from a social situation or action?

When presented with the challenge of defining the political, there is a line of response that rejects the notion outright. Why should there be a distinction made between politics and the political? What kind of value is found by trying to pinpoint the moment where a social situation becomes a political situation when we can observe institutions, the decision-making processes of elite actors, and the ideological commitments of social movements, to produce a rigorous understanding of politics as it is conventionally experienced? This response we may call to the appeal to clarity: ‘politics’ is difficult enough to define as it is, why muddy the waters with ontological contestation when we have enough trouble with ideological contestation? Unfortunately, what appears as a common-sense reaction to an abstract question is arguably just as problematic as the challenge posed: how can we deem the question of what makes something political to be irrelevant or unimportant without implicitly trying to distinguish a cut-off point for what counts as politics? If we don’t try to work out the difference between the political and politics, the question does not disappear, but rather collapses back into the language of defining politics. The last thing political theory needs is for the word politics to become even more overstretched and contested, which is precisely what the appeal to clarity wishes to avoid.

There is another dissenting approach to defining the political, which we shall call the appeal to subjectivity, which is broadly along the lines of ‘everything is political’, and this is a difficult position to contest. Granted, some things may appear more directly political than others, such as the express demands of a protest movement or a general election, but there is no doubt that there are political elements in anything from office squabbles to urban geography, from factory farming to product design. Nevertheless, there is a danger of political theory holding the view that ‘everything is political’ with the smugness of a philosophy undergraduate arguing that ‘all art is subjective’ in an introductory class on aesthetics. If we take the thought further, we may follow up with the question: ‘if everything is political, then what is it about the character of everything that makes this so?’ If there is a secreted tendency within something that turns it political like the flip of a switch, or a spectrum by which the political nature of a thing can be turned up and down like a volume control, then we need to know both what it is that is being turned on or up, and what it is that is prompting the change of status. The view that ‘everything is political’ avoids the problem of political theory neglecting areas of importance for study only by further complicating matters, although it does so by leading us in a potentially productive direction.

In any case, defining the political is an ontological activity. It is attempting to address the issue of what ‘being’ political is all about, then to use this understanding to better articulate and conceptually map the social world. Furthermore, to understand the political also provides political theory with ‘metapolitical’ leverage over political debates. As Michael Freeden notes, ‘the underlying rationale of politics is the quest for finality and decisiveness in the affairs of groups, ends that are permanently frustrated by the slippery and inconclusive circumstances in which the quest occurs’ (2013: 22). In other words, when people talk about politics, when people participate in political debate or action, it is always part of a larger, ongoing attempt to realise certain goals, a social world that will always be out of reach as long as those with opposing political views are successful in denying the ‘political’ nature of demands.

One of the oldest tricks in the book when it comes to political strategy is to position your opponent’s views as beyond the pale, to convince the undecided that the issues they are raising are not worthy of scrutiny, that the issues have already been decided upon. Due to the essential contestability of political concepts and ideas, and the radical contingency wrought by free and open political debate, political actors attempt to ‘decontest’ certain ways of thinking in order to secure hegemonic victories. As Freeden notes, ‘decontestation is the attempt to control equivocal and contingent meaning by holding it constant’ (ibid: 23). In this sense, denying the importance of the question of the political may be considered a ‘metapolitical’ strategy, intentionally or otherwise, on the part of political actors, including those within the academy, who are comfortable with the ‘decontested’ status quo. Jacques Ranciere has argued that political strategy, in this sense, is anti-political, where ‘to diminish politics is in one sense to reduce it to its function as a pacifying procedure between individuals and collectivity by relieving it of the weights and symbols of social division’ (1995: 11). By decontesting certain concepts or issues and narrowing the frames of debate surrounding decision-making, whether by the barrel of a gun or by achieving discursive hegemony in a democratic space, is a way of reducing political possibilities away from those that serve one’s own ideological ends: ‘the reciprocal appeasement of the social and the political is the business of old, an old business which politics has always had as its paradoxical essence. Politics is the art of suppressing the political’ (ibid).

If we return to the relationship between the political world and the social world, we may follow Freeden in saying that ‘politics, it has been repeatedly and persuasively been pointed out, does not occupy a separate sphere of social activity. But it is a separate form of social activity’ (Freeden, 2013: 28). Thus, with a consideration of ‘the political’ as something that emerges from within the social, rather being a separate sphere of activity altogether, we return to the task of uncovering what it is to be political, a ferocious debate in the theoretical literature, with no signs of reaching the finality that politics itself craves.

Jamie Ranger is a DPhil candidate at St. Hugh’s College, University of Oxford. His thesis concerns post-foundational political ontology and the viability of the internet as a public sphere for radical democratic projects.

Jacques Ranciere (1995) On the Shores of Politics, London: Verso.

The Global Financial Safety Net: Lessons for the COVID-19 Crisis

On the AIIB’s Non‐resident Board: Strategic Trade‐offs, Roles and Responsibilities