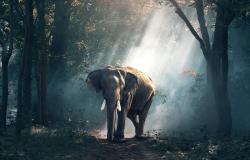 1. Agriculture is the main driver of deforestation. How can food security and social development be achieved without further encroaching on natural habitats?

According to the United Nations Environment Programme (UNEP), burning forests for farming contributes to 20-25 percent of annual CO2 emission, which is greater than the emission from the entire transport sector. Although deforestation and economic activities are closely linked, it is dangerous to oversimplify the tradeoffs between human activity and deforestation, especially when discussing the appropriate policy interventions.

Managing land use is like overseeing a portfolio of investments. Land users must make choices based on the expected short- and long-term returns, including social, environmental and economic benefits. In the short-term, there are often incentives to increase agricultural production, supply firewood and charcoals, access natural resources in forests, and expand urbanization. However, unplanned development of natural landscape creates societal problems down the road. Without a way to showcase the long-term consequences, short-term opportunity costs –  such as growing food crops, herding livestock, and building houses –  are likely to compel local communities to exploit nature whenever they see the need. For locals and land owners to understand this tradeoff, policies such as land use control, bans on slush-and-burn and carbon tax play a significant role.

On the other hand, people need agricultural production to feed their communities by either producing the food they consume or selling the harvested crops for cash to purchase other living essentials. Although combating deforestation and increasing forest cover are a growing part of the global policy agenda, it is also essential to keep an eye on constant tensions between keeping natural forests and feeding booming populations in emerging markets. Given these complex dynamics, policymakers must take a mediator role instead of relying on one-size-fits-all policy interventions.

2. According to the Food and Agriculture Organization (FAO) of the United Nations, forests are essential for climate change adaptation and mitigation. What can governments around the world do to accelerate sustainable forestry?

Trees are perhaps the most obvious means of carbon sequestration (i.e., capturing and storing atmospheric carbon dioxide). Each hector of forest sequesters approximately 200-300 tons of CO2 on average. While renewable energy and energy efficiency projects help reduce emission, they do not directly absorb CO2. Protecting existing forests and increasing forestry cover are the simplest solutions where policymakers and the private sector can work together. Moreover, forests also help improve soil quality, prevent natural disasters such as floods and landslides, and protect invaluable biodiversity in the ecosystem – measures that ultimately lead to better climate change adaptation. Finally, it is important to note there are millions of people living in forests. Protecting forests means preserving the indispensable source of living essentials – including water, food, energy, and medicine – for indigenous communities and rural populations. In this respect, governments should see forestry policy as an integral part of rural development planning that is closely linked to the millions of livelihoods, instead of singly an environmental policy agenda.

3. In the last 20 years, most deforestation has occurred in the tropical regions of Africa and Latin America. Do you think there is a connection between forest loss and human development?

Scientists have been discussing the linkage between human activities and deforestation for decades. For instance, the Democratic Republic of Congo – the country with the greatest number of forests in Africa (134 million hecares) – is known to be the center of human-driven deforestation. The Congo Basin, which supplies 80 million people directly and supports more across the continent indirectly, is expected to disappear by the year 2100 at the current rate of deforestation.

In Africa, 80% of wood consumption is used for energy rather than as industrial materials. At the same time, Africa will see a 2.7% population growth and be home to over 2.5 billion people by 2050 – double the speed of South Asia (1.2% population growth) and triple that of Latin America (0.9% population growth). In other words: The more people there are, the more wood is likely to be consumed as firewood and charcoals, not to mention other traditional wood products like construction materials.

Furthermore, unlike in the Global South where forestry is a niche industry, Africa's rural economies rely on their forestry assets. Forestry is responsible for 6% of sub-Saharan Africa's gross domestic product, whereas it is only 2% of the global average. According to the UN, in 18 countries on the African continent, including Cameroon and Ghana, over 10% of their GDP comes from the forestry industry.

With rapidly growing populations and economies in African countries, it would be fair to assume that there is increasing pressure on forests in the region.

4. The dynamics of land use change can contribute to the outbreak, escalation and/or continuation of armed conflicts. What are the main drivers of forestry-based conflicts and what can be done to stop them?

Forests can be a source of armed conflict, as it is a valuable natural resource that supports the day-to-day lives of communities in the region.

For example, in East Africa, Somali gangs are reportedly monetizing the natural forests between the Kenyan and Somali borders through organized charcoal productions despite the border control. Charcoal production is a lucrative business for al Shabaab, an Islamist insurgence group active in the Horn of Africa, leading to the deforestation of indigenous species. This illegal charcoal trade has escalated into an international conflict as other nations, such as Iran, were blamed for facilitating these illicit trade activities.

Even a well-intended forestry project can trigger conflicts. In 2011, Oxfam published a shocking investigative report that revealed the eviction of local communities for multilaterally-funded forestry projects. Given opaque land title systems and historical complexities around land ownership, any clean blueprints can trigger unexpected consequences for the local communities. I believe this complexity is one of the reasons why investors are hesitant to invest in African forestry. It is crucial to understand the local contexts when debating afforestation as well as deforestation.

Tomo Kumahira is a Japanese private equity and climate finance professional based in Nairobi, Kenya. He currently serves as the vice president of corporate finance and strategy at Komaza, Kenya-based social enterprise. He is also a fellow of the Global Governance Futures – Robert Bosch Foundation Multilateral Dialogues program. The views expressed in this interview are those of the interviewee, and the interviewee alone, and do not represent those of his organizations or past employers.

Why Post-Legislative Scrutiny may be considered a Public Good