Solar Geoengineering at a Standstill? 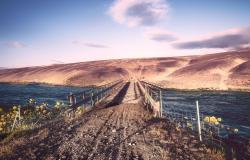 Joshua B. Horton argues that developing countries have the most to gain and to lose from resolving the impasse stalling global governance for geoengineering.

Solar geoengineering (or solar radiation modification)—the idea of reflecting small amounts of incoming sunlight back to space to partially offset climate change—occupies an unusual position in the global governance landscape.  On the one hand, the technology sparks opposition and outrage, ignites calls for global bans or placing it under international control, and is regarded by some as an existential threat to humanity.  On the other hand, it has barely been researched, has limited commercial prospects or potential for military application, and has been ignored by almost all states and international institutions.

The Promise and Problems of Solar Geoengineering

The most plausible form of solar geoengineering—stratospheric aerosol injection—would accomplish this using a fleet of specialized jets to disperse relatively small volumes of sulfate aerosols (or similar particles composed of calcium carbonate or even diamond) in the upper atmosphere to reflect sunlight and cool the Earth.  This would mimic what has been observed to occur when some large volcanoes erupt: when Mount Pinatubo erupted in the Philippines in 1991, for example, the aerosols that were released cooled the planet by 0.4 °C over the following two years.  Compared to the obvious difficulties the international community has encountered in attempting to decarbonize the world economy, solar geoengineering appears to be a much cheaper, quicker, and more straightforward way to fight global warming.  Unsurprisingly, however, things are more complicated than that.

To begin with, cooling the planet by reflecting sunlight is not the same as cutting carbon emissions: solar geoengineering would block incoming shortwave radiation, whereas mitigation diminishes the enhanced atmospheric trapping of longwave radiation caused by an amplified greenhouse effect.  As a result, a geoengineered climate would be novel: regional climates may more closely resemble preindustrial conditions with solar geoengineering than without it, but they would not be historical reproductions.  Such novelty would generate distributional effects not previously encountered (though again they may be preferable to the alternative), with new constellations of winners and losers and hence new grounds for social conflict.

Beyond this, the availability of a tool as seemingly inexpensive, fast-acting, and easy to use as solar geoengineering runs a significant risk of reducing incentives to cut emissions, by altering the cost-benefit calculus of governments, companies, and consumers, and/or by providing opportunities for fossil-fuel and other industries practiced in the art of warping public opinion and the political process to exploit.  This risk is frequently referred to as “moral hazard.”  Additionally, the relative simplicity of the technology and ease of implementation may allow individual countries or small coalitions to deploy solar geoengineering unilaterally (although there are significant real-world barriers to widespread deployment capabilities).  Finally, stopping deployment prematurely, before the atmospheric concentration of GHGs has been lowered to safe levels, could trigger a “termination shock” in which the resulting rapid warming would be significantly more damaging than what would have occurred had solar geoengineering never been used.

As these points suggest, the most problematic and difficult to resolve aspects of solar geoengineering do not relate to science and engineering, but rather to politics and governance.  In short, the prospect of solar geoengineering raises a host of difficult questions without obvious answers or broadly accepted means of arriving at them.  Should we geoengineer?  If so, how much would be desirable?  Since deployment would not be a binary (yes or no) option but instead would involve multiple decisions (e.g., regarding aerosol release altitude and latitude) entailing significant tradeoffs, how should deployment be designed?  When and under what conditions should solar geoengineering start and stop?  Who should decide these questions, and how?  Who should be held responsible if something goes wrong, and how should compensation be provided?

These issues present formidable challenges that should not be underestimated, yet they must not be allowed to overshadow the immense potential benefits solar geoengineering could bring.  In a world currently on track to overshoot the Paris temperature targets, with worsening weather extremes, rising sea levels, and the poorest, least responsible countries bearing the brunt of climate impacts, solar geoengineering may be able to alleviate suffering in a way nothing else realistically can.  One notable study shows, for instance, that slowing the rate of global warming by half using solar geoengineering would reduce average temperatures, heat extremes, floods, and tropical cyclone intensity across the world while making no region worse off.  As the Intergovernmental Panel on Climate Change itself acknowledges, there is “high agreement that [solar geoengineering] could limit warming to below 1.5°C” (italics original).

Despite this promise, legitimate concerns about governance—especially with respect to moral hazard—combined with ethical worries about “messing with nature” and similar dilemmas have worked to discourage serious consideration of the technology.  For example, worldwide funding for research on solar geoengineering from 2008 to 2018 totaled a meager $50 million, most of it from private sources.  The public nature of the technology justifies and requires public support for research, yet not a single national government has funded a major research program dedicated to solar geoengineering.  Moreover, no government has offered more than provisional statements on the subject.

Global governance of solar geoengineering could help states and other stakeholders decide what role if any the technology should play in addressing climate change.  Unfortunately, such governance barely exists.  The Paris Agreement and the UN Framework Convention on Climate Change under which it was negotiated—which together constitute the principal site for global climate governance—say nothing about solar geoengineering.  In 2010, the Convention on Biological Diversity (CBD) endorsed a nonbinding “moratorium” on geoengineering (with an exception for small-scale research).  More recently, in 2019, member states of the UN Environment Assembly (the governing body of the UN Environment Programme) debated calling for a geoengineering technology assessment but talks ultimately broke down.  The key point of disagreement pertained to whether a draft resolution should include reference to the precautionary principle: the EU and Bolivia insisted on this while the US and Saudi Arabia refused.  This episode represented the most recent in a string of disputes between the US and Europe regarding the appropriate level of precaution to adopt when regulating risks.

How might this impasse be broken?  Unlike novel technologies with commercial potential, the noncommercial nature of solar geoengineering means that the market will not spur its development.  And the lingering effects of a longstanding taboo on researching solar geoengineering within the scientific community—adopted and upheld for the reasons mentioned above—makes researchers unlikely to achieve significant progress on their own.  That leaves political interventions.  While national and international politics have not been particularly friendly toward solar geoengineering, neither have they been particularly antagonistic; rather, most political actors at all levels have simply not engaged with the technology.  Here I offer two strategies for catalyzing greater engagement with solar geoengineering.

The first is tied to recommendations made earlier this year by the US National Academies of Sciences, Engineering, and Medicine (NASEM) for a five-year, $100 million-$200 million federal research program on solar geoengineering.  Although supporters of such a program exist in Washington, DC, they have not yet coalesced into the sort of advocacy coalition required to make it a reality.  Were such a coalition to form—an event most likely to center on the handful of “pragmatist” environmental groups that have previously expressed conditional support for expanded research—then some version of what NASEM proposed might be achievable.  The success of the Carbon Capture Coalition in helping bring about a new US federal carbon removal research program provides a partial template for action.  A US national program on solar geoengineering might in turn prod Germany (potentially as part of an EU effort) and China to initiate their own national programs.  The German government previously funded small-scale research using Earth system models to investigate climate responses to solar geoengineering.  Similarly, the Chinese government has funded small-scale research focused on model simulations as well as preliminary governance assessments.  Under a bottom-up, US-driven scenario of this type, some degree of international coordination, perhaps under a body like the International Science Council, would be highly desirable.

The second revolves around the possibility of a global commission or similar high-level panel convened to address solar geoengineering and its governance challenges; such initiatives have already been proposed.  A global commission composed of eminent, internationally representative individuals not formally connected to existing governance structures would be relatively unencumbered by conventional policy frameworks and institutional rigidities, and thus able to inject fresh thinking and innovative proposals into the global climate policy process.  Such a commission would need to take seriously the governance challenges posed by solar geoengineering and put forward carefully considered recommendations designed to address moral hazard and other problematic aspects of potential deployment.  If a commission were sufficiently visible and credible and broadly viewed as legitimate, and if its recommendations were grounded in robust analysis and based on sound political judgment, then it could help create an opportunity to add solar geoengineering to the global climate policy toolkit.

These types of strategies offer the prospect of galvanizing action on research and governance of solar geoengineering.  Only a concerted research effort can clarify risks, reduce uncertainties, and help determine whether a responsible solar geoengineering deployment is possible and something worth considering.  Likewise, only diplomacy—including informal diplomacy—can establish whether solar geoengineering can be incorporated within contemporary climate governance in a way that advances sustainable development.  To the extent that limited research discourages work on governance and limited governance discourages new research, pursuing both strategies simultaneously may offer the best chance of moving past the current stalemate.

Breaking this impasse is important because global technologies need global governance.  A plausible solar geoengineering deployment could not be confined to one geographic region, but by its very nature would affect the entire planet.  This gives everyone, including future generations, a stake in its possible use.  Arguably, developing countries have the most to gain and the most to lose from solar geoengineering.  Their geographies render them the most vulnerable to climate change and their relative lack of resources makes them least able to adapt, yet they also stand to benefit disproportionately from reductions in climate risk.  At the same time, absent strong global governance, developing countries would be less capable of shaping deployment in a way that prioritizes global welfare.

Joshua B. Horton is Senior Program Fellow, Solar Geoengineering at the Mossavar-Rahmani Center for Business and Government at the Harvard Kennedy School.  His research encompasses the politics, policy, and governance of solar geoengineering.  From 2016 until this year, Dr. Horton was Research Director, Geoengineering with the Keith Group at Harvard University, and from 2013 to 2016, he was a postdoctoral research fellow in the Harvard Kennedy School’s Belfer Center Science, Technology, and Public Policy Program.

Photo by Simon Berger from Pexels

Solar Geoengineering at a Standstill?