On "Capitalism, Alone": A Conversation 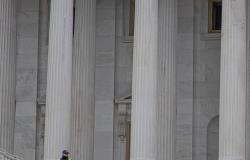 This is the text of the interview given to Sega Newspaper at the occasion of the publication of “Capitalism, Alone” in Bulgarian. The text in Bulgarian is here.

1. How do you think the fact that you grew up in Yugoslavia and received your doctorate in the Belgrade University has affected your worldview and your work?

I think it affected me mostly through Yugoslavia non-aligned foreign policy. Among other things that were ideologically motivated and were taught in school was also the emphasis on non-alignment, namely on anti-imperialism and anti-hegemony (which was a shorthand for the Soviet Union). This opened up our minds and interest towards non-European parts of the world. It might not have produced the same effect on everyone, but even in my teenage years I was very political and very “Tiermondiste”. I often regret that the same attitude is not, as far as I know, present now in the schools in Serbia and in the rest of the former Yugoslavia. Eurocentrism, in the form of the European Union, is dominant now and is stifling other interests. 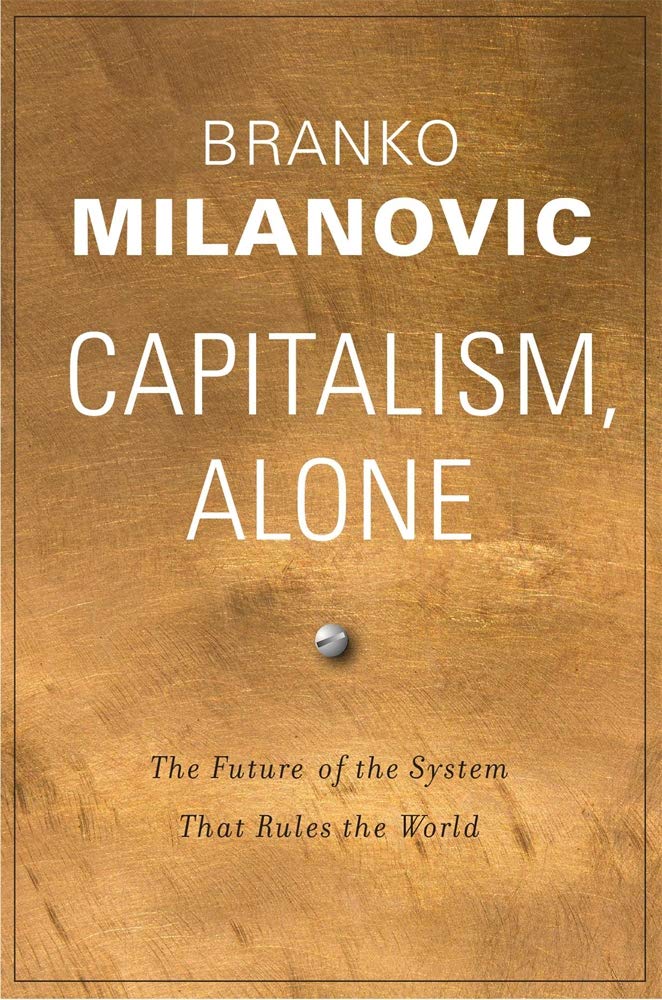 2. You are most famous for your work on income inequality. How does "Capitalism, Alone" – with its broader scope – fit into it?

You are right that “Capitalism, Alone” is much broader and more political. It is a combination of my long-standing interest and work on income inequality with my also longer-term (but less visible) interest in Marxism, the meaning of communism, and global issues (as I partly explained in the previous question). So for me it was nothing new, it was just a natural evolution. “Capitalism, Alone” was very easy to write. But for many who did not know much about my interest in broader political and social issues it came as a novelty.

Let me also say that any important work on inequality has to go together with social and political analysis. Piketty I think illustrates that very well.

3. One of the main points of your book is that the global domination of capitalism has led us to a new "schism" – between the liberal capitalism of the West and the political capitalism, best exemplified by China. What sets them apart?

In very general terms, history set them apart. This is one of the reasons why in my book I do not simply contrast US and China; many other books do just that. I try, in the first part of the chapter on political capitalism and China (which may also be one of the most important parts of the book) to explain the genesis of China’s political capitalism by defining what I think was the global historical role of communism.

Or more abstractly, what I think sets liberal and political capitalisms apart is the fact that human history is too rich and complicated to accommodate only one political system. We may all, as the dominion of capitalism shows, understand the language of profit and financial gain, but I do not think that we would ever have exactly the same attitude towards political power.

4. Where do you think the Balkans are situated in the global economy and in the light of the division between the liberal and the political capitalism? Is the region doomed to be always chasing behind and always late?

The Balkans were historically a periphery. They were that during  the Roman Empire, Byzantium, the Ottoman Empire, the Industrial Revolution and today. I do not think that this is likely to  change. But there are many peripheries in the world, and often, by looking at the center from a different angle, the periphery can illuminate and see things that the center overlooks. The Balkans are at the intersection of Western Europe, Mediterranean civilization, and the Muslim world. These are significant advantages, if one knows how to use them well. Also, being a periphery does not mean that one cannot become rich. Surely, Australia and New Zealand are historically and today, the periphery too, but they are rich.

5. Your book "Capitalism, Alone" came out just as the world was about to learn about the coronavirus. After all that followed, if the book was about to be released tomorrow, would you add or change something  to it?

No, would not except possibly in one area. I was quite critical about the feasibility of Universal Basic Income in rich countries. I still believe the arguments I gave in “Capitalism, Alone”. But I do recognize that in emergency conditions like the ones we experience today, having a stable guaranteed income for the entire population (even if it is rather low) would be helpful and would dispense with  the need to make constant political decisions about new wage-support packages. The automatism of the Universal Basic Income would be an advantage.

6. In your book you assert that the so-called “carrying capacity of the earth” is a fallacy. Do you really think that there is no danger of  the modern capitalism leading us to a massive planetary ecologic crisis?

I am what is called a “techno-optimist”. I believe that with a right combination of incentives and “punishments”, subsidies and taxes, we can curb pollution and CO2 emissions and change the dominant technology to be much more ecologically friendly. So I do not think that anything other than the usual economic tools is needed. The question is whether there would be sufficient political support to enact such policies.

7. In one of your latest articles you called Trump "the Ultimate Triumph of Neoliberalism". How could you summarize your assessment of his presidency?

If you define” neoliberalism” to be a ideology where commercialization of all activities, including politics, is legitimate, then Trump is a perfect and full embodiment of that view. He regards political office as any other job where the job-holder’s main interest (and duty) is to maximize own income. Indeed, he behaved as the President of the United States as he behaved as the head of the Trump conglomerate. He made money. He treated citizens as his employees. It is in that sense that he is the triumph of neoliberalism.

I think that many people who fail to see that aspect are bound to misunderstand his presidency by using terms that do not apply to it (“fascist”, “populist” etc.)

8. You expressed your mistrust with the so called "return to normalcy" in the USA, popular now that the Trump era is coming to an end. Why?

I think that Biden might wish to return to “normalcy”, understood as a Clinton-Obama type of government. But one has to realize that such presidencies, especially under Clinton, were synonymous with the roll-back of the welfare state, decline of the middle class, and rising economic and political power of the top 1 percent. This in turn would bring back the very conditions that have given rise to Trump. A much cleaner break with the past is, I think,  necessary. But the issue is whether the new administration will be willing to do it and perhaps even more whether the Congress would let it do it. American presidents, looked on from abroad, seem like elected kings because their power in some foreign policy aspects is indeed great. But in domestic policies they are much more constrained. So I am not very optimistic.

Photo by Deelin from Pexels

COVID-19 as a ‘Critical Juncture’: A Scoping Review