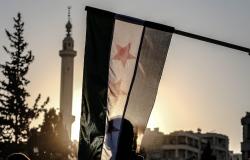 Between bombing runs, secretive and contradictory diplomatic maneuvers, severe sanctions as well as humanitarian neglect, it is clear that the plight of ordinary Syrians is not of great concern among decision-makers in Washington.

Even in its 11th year, the devastating consequences of the civil war are still felt by Syrians at home and in the diaspora. Though the conflict began as a local democratic uprising to address domestic injustices, it cannot be understood without considering the multiple regional and global powers that have intervened militarily, either directly or indirectly, under different pretexts and motives in Syria.  Having had many conversations with Syrians through my work with Middle Eastern civil society organizations, I have barely encountered the argument that involvement of global powers in Syria has been in the interest of the long-battered Syrian people.

In addition to the disapproval, there appears to be confusion: conflict observers generally do not agree what the different global powers in Syria seek to accomplish. A case-in-point would be the US involvement in the Syrian conflict. This sense of confusion should not be surprising: US intelligence and military agencies have predominantly run US Syrian policy. The byzantine networks among sometimes-competing intelligence agencies and their armed patrons within Syria have produced perplexing, ever-shifting, and immensely dynamic alliances, and are shrouded in secrecy.

We know a few things about Washington’s policy towards Syria; for example, it is clear that since 2014, the US has intervened militarily to curtail the parastate entity Islamic State. What is less known is that this confrontation has inflicted heavy casualties among Syrians, which the US military has tried to hide from the public. While the New York Times has in recent months dedicated some of its journalistic capacities to uncover potential US war crimes in Syria, Afghanistan and Iraq, the wider media generally failed in picking up on such issues. The allegations against the US military are profound: in one instance, in March 2017, members of a U.S. unit called Task Force 9 targeted the Tabqa Dam within Syria. The attack almost drowned tens of thousands of Syrians. To prevent this calamity in the last minute, some of the arch-enemies of the Syrian conflict – the Syrian government, Islamic State, US and Syrian Defense Forces, a proxy supported by the US – worked together and called a cease-fire so that civil engineers could repair the dam. Another US unit, the highly secretive Talon Anvil special operations group, sidestepped precautions and killed non-combatants such as “farmers trying to harvest, children in the street, families fleeing fighting, and villagers sheltering in buildings.”

While it is clear there the US militarily confronted the Islamic State in Syria – which has been a catastrophic outgrow of the illegal US invasion of neighboring Iraq; there is very little agreement on the general characteristics of the past and present US strategies towards the Assad-regime. The Syrian tragedy may very well be, as Mehdi Hasan put it, “the ultimate political and sectarian Rorschach test of our time” – with commentators coming to drastically different conclusions on what’s occurring in Syria based on their ideological outlooks on global conflict.

Many on the left have accused the US of having been involved in a destabilizing campaign of regime-change. They point towards the US support for some of the rebel groups fighting against Assad. Liberal thinkers and neoconservatives, on the other hand, have argued that the US and other countries essentially stood by and have not meaningfully intervened as hundreds of thousands of civilians were killed by the regime and its backers Iran and Russia, and has, in so doing, violated the “Responsibility to Protect” principle, which postulates that human rights trump national sovereignty and the enforcing the former often depends on using military force. All these views have blind spots: western liberals and neoconservatives often downplay the blowback and violence by western military actors and their proxies, whereas too many leftists tend to minimize the overwhelming responsibility of the Assad regime for the civilian tragedy, and in especially infamous cases, even professed sympathy for the regime. It is clear that the Assad-regime escalated the Syrian conflict in its initial stages – when it used massive violence to crack down on peaceful protests that expressed the democratic aspirations of the Syrian people. Based on all evidence gathered by experts, the Assad-regime is also responsible for the vast majority of civilian casualties as it pursued a ruthless “scorched earth” campaign that included dropping tens of thousands of barrel bombs, the raping of children, mass executions, and forced starvation.

Some commentators have even argued that at some point since the US began its campaign against the Islamic State, the US has begun colluding with the Syrian regime and its Russian backers, and has de-facto become its ally. Pieces of evidence that are submitted in favor of the argument include statements by rebels according to which US coordinated airstrikes with the Syrian regime and helped the latter advance its offensive against the opposition in bombed-out areas. The effects of such and patterns of such strikes have been described as intentional by opposition members – while the advances of Assad enabled US airstrikes have also been termed as an “indirect boost.” Assad himself claims that information on strikes is shared with him via intermediaries.

If the allegations of collusion are true, they stand in contrast to most official statements from Washington, which had asked that the Assad regime relinquish power during the Obama administration, and insists that it will not normalize relations with Syria under the Biden administration. However, such acts of informal collusion between enemies, of which many have occurred in the history of warfare, would precisely be effective because they are “plausibly deniable.”  Of course, such collusion would now probably be subject to reconsideration, given the brutal Russian invasion into Ukraine. Although unlikely, under-the-table alliances are not rare in foreign policy, as the coordination between Russian and Israeli fighter jets over Syrian airspace, which have received some media-attention following the Ukraine crisis, epitomizes.

Following the meeting between President Biden – who has reduced US bombing campaigns worldwide – and Putin in Geneva last summer, there were indicators that the US and Russia found some agreement on Syria despite rising disagreements elsewhere. Initially there were concerns that Russia would veto a UN Security Council resolution that would allow for the safe and continued passage of humanitarian aid into Syria via the Bab al-Hawa border crossing with Turkey  Following the Biden-Putin meeting, Russia did not use its veto power against the passage of aid. It’s a rare example of how diplomatic agreement becomes helpful for civilians in Middle Eastern warzone.

It appears to be common wisdom in the halls of power and think-tanks in Washington that “there are no easy solutions” to the Syria crisis. Yet the US and other great powers regularly fail Syrians in one area in which ambitious and decisive policy action would have created relatively few blowbacks compared to bombing-campaigns, constructing spurious geopolitical alliances, or arming proxies: Providing Syrians with sufficient humanitarian aid.

Syria remains one of the most complex and serious humanitarian catastrophes of our time, yet over the years, the donors have let Syrians live in a stage of humanitarian austerity.  As Martin Griffiths, Under-Secretary-General for Humanitarian Affairs and Emergency Relief Coordinator, remarked in the fall of 2021, after years of failures of the international community to protect civilians, as well as bring relief and a bare minimum of social services: “Failure each year cannot be our strategy.”

The US has withheld significant funds for reconstruction, arguing that it would benefit the Syrian regime - though funding is also urgently needed in areas not held by the regime or in the many sprawling Syrian refugee camps in neighboring countries. As Syria Relief reported in November of 2021, a stunning “35% of displaced Syrians inside Northern Syria and 36% of Syrian refugees in Lebanon say they know of someone who has died or developed health conditions (…) due to exposure to winter temperatures.“ The US has also hosted a very small number of Syrian refugees: in 2020, almost 3.7 million Syrian refugees lived in crisis-plagued Turkey, while the US has hosted only ca. 8.7 thousand Syrian refugees. Global powers have militarily intervened in Syria in multiple ways, but reliably neglect the immense humanitarian hardship of Syrians, which could be relieved by funding the various UN-led initiatives that deliver aid.

While the US has been lackluster in its aid to Syrians, it has pursued a campaign of “maximum pressure” by devising sanctions against the Assad regime. Though the sanctions have failed to change the conduct of Syrian officials, they have contributed to the humanitarian crisis in Syria: they have spurred the collapse of the Syrian pound, made it more difficult for Syrians to access fuel and grain, as well as complicated the efforts of humanitarian aid agencies in maintaining their supply chains and replacing critical infrastructure decimated by airstrikes.

Bernie Sanders once decried the “old Washington mindset that judges ‘seriousness’ according to the willingness to use force.” While politicians have tested their commitment to Syria based on whether they supported proxies or the air war against ISIS, how sanctions, airstrikes and the underfunding of aid impacts Syrians is rarely considered. Meanwhile Syrians know that foreign powers such as the US are overly focused on short-sighted security concerns rather than the needs of ordinary Syrians, who are trapped in almost-perpetual humanitarian crises. To ease their suffering, we must hold accountable both the Syrian regime and the global powers that perpetuate it.

Jonas Ecke, PhD is a humanitarian practitioner, who worked in Ghana, Liberia, South Sudan, and briefly in the Middle East (Turkey and Iraq). He earned his PhD in anthropology on the lives of displaced people in West Africa from Purdue University in the US.

This article is licensed under Creative Commons and can be widely shared.