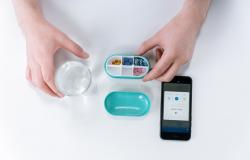 This is part of PERI's economist interview series, hosted by C.J. Polychroniou.

C.J. Polychroniou: Why did you choose to become an economist, and focus on health policy?

Peter Arno: When I was in college in the 1970s I majored in economics because I felt it provided a useful perspective on how to view the world. I had always been interested in health issues and at that time I joined what was then called the Marxist Health Discussion Group, later renamed the East Coast Health Discussion Group. This group included a number of brilliant and inspirational thought leaders such as Vincente Navarro, Evan Stark, and David Kotelchuck, among others. Our irregular meetings over the course of a few years fueled my interest in health policy issues from a progressive, political economy perspective. I developed this perspective further while earning a doctorate in economics at the New School for Social Research, encouraged by my advisor David Gordon.

CJP: You have done an immense amount of research around the AIDS epidemic, which has resulted in hundreds of academic articles and a Pulitzer Prize-nominated book titled Against the Odds: The Story of Aids Drug Development, Politics @ Profit. How did you come to focus on this important issue?

PA: Upon completion of my doctorate, I received a postdoctoral fellowship at the Institute for Health Policy Studies at the University of California, San Francisco. At the time (1984-86), the AIDS epidemic was exploding in San Francisco, and I had the opportunity to study its economic impact with Dr. Phil Lee, the director of the Institute. I continued my AIDS-related focus when I returned to New York and found that the shortcomings in the local, state, and federal responses to the epidemic reflected many of the shortcomings in American healthcare. In particular, the AIDS crisis illustrated an Achilles heel of American healthcare—if you become ill and lose your job, you frequently lose your health insurance. Thus, at the point when you need it most, you lose access to health care.

I can trace the genesis of my book project directly to an academic paper on the economic impact of early HIV intervention in JAMA. In it, I wrote what seemed to me an innocuous sentence to the effect that the price of AZT (the first drug approved for AIDS treatment) did not reflect the production or development costs of the drug. This led to a letter from Burroughs Wellcome (the drug’s manufacturer) threatening legal action if I did not provide them with all the documentation on the production and development costs of the drug. With the help of my oldest friend, a partner at a major law firm in New York, and California Congressman Henry Waxman, I pointed out to the company that they were in a better position to provide the public with their own production and development costs. Additionally, I said that if they had a problem with my JAMA article, they should write a letter to the editor. The company backed off, but it was this alarming incident that led me to decide to write a book examining the historical development of AZT and the role of activists in the struggle to speed up the federal response to the AIDS epidemic.

CJP: In that book, you showed that the fight against AIDS encountered all sort of obstacles, including uncoordinated government policy and an ill-equipped health care system to respond to a national emergency. Firstly, where do things stand today with regard to AIDS? Secondly, why does the role of the U.S. government continue to be limited in health care in comparison to many other advanced countries?

PA: The treatment of HIV disease has progressed in quantum leaps over the past 40 years. It is now generally considered a chronic illness that can be held in check with appropriate medications. There are also effective preventive medications known as PrEP Therapy. However, tens of thousands of Americans are still infected each year and, like health care in general, the disease burden falls disproportionately on people of color and the poor. Moreover, the stigma and the high price of HIV drugs, particularly the PrEP therapy sold as Truvada (approximately $2,000 per month), discourage more widespread use.

Public funding for health care in the US is larger than most people think, comprising nearly 60 percent of all health care consumed. The main difference between the US and other developed countries is that our health care system is designed to extract private profits with few constraints on the pricing of health care services or products, rather than considering health care to be a public good.

CJP: Are there lessons you have learned in the fight against AIDS for what to do and what not to do in our current fight against Covid-19?

PA: The paramount struggle in the early days of the AIDS epidemic parallels what we have faced with the Covid-19 pandemic: the lack of a coordinated federal response. Our nation has failed this lesson twice, with devastating consequences. Hopefully, we can ensure it will not do so again.

CJP: The coronavirus pandemic has brought to surface once again the shortcomings of the U.S. health care system. In that context, you advocate Medicare For All as the only choice. Can you please outline the symptoms of the dysfunctional U.S. health care system, and briefly explain what an ideal universal health plan would look like?

PA: A single payer Medicare for All program is not the only choice, but it is the best choice. Our current system, the most expensive in the world, is riddled with administrative waste, high prices and, perhaps worst of all, denies access to care to tens of millions of Americans. Under a single payer framework the relentless increase in health expenditures can be brought under control and health care made available to all Americans.

CJP: In a study you co-authored with Jeanette Wicks-Lim, it is argued that certain anti-poverty measures, such as the Earned Income Tax Credit (EITC), can have a direct impact on health outcomes not simply on an individual level but across a geographic unit such as the neighborhood. How so, and, given that this study analyzed data only from New York City, would it be safe to conclude that anti-poverty policies such as the EITC can have more generalized effects on public health?

PA: The findings from our study—that increased income derived from the EITC improves certain health outcomes—has been underscored by dozens of other studies at the state and federal levels. Thus, it is highly likely that enhanced anti-poverty policies including the EITC have a positive impact on health outcomes.

Our ecological argument that a broad-based policy such as the EITC affects not only individuals but also the communities within which they live is based on the spillover affect of millions of dollars generated and then spent within these communities. As we stated, these spillover or multiplier effects occur “when EITC recipients spend their EITC dollars at neighborhood businesses. These EITC dollars then go into the paychecks of those businesses’ workers who, in turn, spend their earnings at other businesses (and thus, their dollars go into the paychecks of those businesses’ workers and so on), generating new rounds of increased spending. Thus, through the multiplier effect, EITC benefits can measurably improve the overall economic environment in low-income neighborhoods, not just the lives of EITC recipients.”

PA: I do believe that we will eventually join the rest of the developed world by adopting a universal health care system in the US. The timing however is unclear. Over the past few years there has been growing public support for transformational change of our health care delivery system. However, given the current political environment, this is more likely to happen first at the state level—e.g. New York or California. If one of these two big states were to implement a universal single payer plan, it would likely lead to a cascade of state efforts that should ultimately result in a national program. This is a process similar to what Canada went through to achieve its national universal health care system.

As millions of us get vaccinated against SARS-CoV-2, we will obtain a first-hand glimpse of what a single-payer, Medicare-for-All approach to health care might look like. This is because many of the features of a single-payer system are present in the vaccination program.

First, the vaccine’s development and the process of vaccination have characteristics that set it apart from the normal business of health care, which is based on costs and profits, consumer choice, and administration.

On the cost/profit side, vaccines have historically been the least profitable products for pharmaceutical companies. The development of this vaccine has been largely subsidized by the federal government. Several of the participating pharmaceutical companies have announced that they will not make profits from the vaccine during the pandemic. There are many benefits due to this single-payer feature including that none of us will have to pay at the point of care for the vaccine itself. Additionally, haggling with insurance companies should be greatly diminished.

When it comes to consumer choice, often heralded by defenders of our current health care structure, the only choice will be whether or not to get vaccinated and where to do so. And not can we afford to pay for it.

The driving force to vaccinate the American people en masse parallels that of Medicare for All: to provide universal, affordable healthcare to everyone. The primary goal of both the vaccination program and Medicare for All is the public good, not the extraction of private profit. One of the most significant outcomes of the pandemic may be increased political momentum for Medicare for All.

Peter S. Arno is a health economist, and a Distinguished Fellow at the City University of New York Institute for Health Equity. He is a member of the National Academy of Social Insurance and serves on the Board of Directors of the National Committee to Preserve Social Security & Medicare Foundation. He was the founding director of the Center for Long Term Care Research & Policy and the doctoral program in health policy at New York Medical College and director of the Division of Public Health and Policy Research in the Department of Epidemiology and Population Health at Albert Einstein College of Medicine and Montefiore Medical Center. He received his doctorate in economics at the New School for Social Research. His 1992 book, Against the Odds: The Story of AIDS Drug Development, Politics & Profits, was nominated for a Pulitzer Prize.

Dr. Arno’s recent work includes studies on the impact of Social Security and the Earned Income Tax Credit on population health, food insecurity and the elderly; economics of caregiving; social and geographic determinants of obesity; and regulation and pricing practices of the pharmaceutical industry.

New and Old Power: A New Way to Understand and Cultivate Digitally-Mediated Activism, or Just Another Framework?