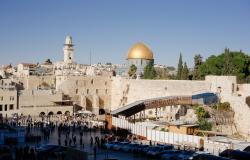 A change in the Oval Office next year may presage a change in America’s approach to the Middle East; but it would not necessarily make the challenges there any less intractable.

Whatever the polls may be telling us right now, with 12 weeks still to go the US election is far from done and dusted. If you think otherwise, just recall for a moment the shifts we have seen since the first couple of months or so of the year!

Nevertheless, it is not too soon to consider what victory on 3 November for Joe Biden would mean for the Middle East. Especially as we do have much to go on policy-wise, ie (a) Mr Biden’s personal history in US politics, especially (b) during Barack Obama’s presidency, and (c) pointers emerging from his election campaign, both from the candidate himself and from the Middle East experts advising him.

The Middle East team is headed by Daniel Benaim (who is widely expected to assume a senior foreign or security policy position in the event of a Biden presidency), Dafna Rand and Mara Rudman, all veritable experts on the region. In common with other team heads, they report to an inner circle of advisers who are personally close to Mr Biden and whose number includes Tony Blinken and Jake Sullivan, both of whom played a key role on US policy towards Iran during the Obama presidency. For all five individuals, their involvement tells us a good deal about probable shifts in policy. And the fact that they are among around 1,000 security experts, working in 20 working groups (not including sub-groups) on policy formulation, tells us that we should also expect a significant change of style relative to Donald Trump’s.

As for Mr Biden himself, Ron Kampeas’s “brief history” of his positioning vis à vis the Middle East, published in The Jerusalem Post in May, offers a useful read. The sub-head to the article alone speaks volumes, referring (correctly, in my view) to “distinguishing himself from [Mr] Trump and returning to a sense of coherence”. This being said, although the first of these may be fairly straightforward (for better or worse), given the sheer complexity of the region and the seeming intractability of many of its challenges the second certainly is not!

Let us take as one example the Israeli/Palestinian conflict. In early May, Mr Biden, an ardent supporter of a two-state solution, stated as follows:

“A priority now for the cause of Israeli-Palestinian peace should be resuming our dialogue with the Palestinians and pressing Israel not to take actions that make a two-state solution impossible. I will reopen the U.S. consulate in East Jerusalem, find a way to reopen the PLO’s diplomatic mission in Washington, and resume the decades-long economic and security assistance efforts to the Palestinians that the Trump Administration stopped.”

So far, all very clear. But Mr Biden has also said that he would not close the US Embassy in Jerusalem; and, contrary to both pressure from the left of his own party and the claims of some Republicans, he strongly opposes cutting aid to Israel as leverage. By his reverting to something akin to the status quo ante with both parties, I, at least, am left wondering where he would find the leverage to bring them to the table with more honest intent than we have seen over the past three decades or so.

Similarly with Iran, on which he has spoken as follows:

“If Iran moves back into compliance with its nuclear obligations, I would reenter the JCPOA as a starting point to work alongside our allies in Europe and other world powers to extend the deal’s nuclear constraints.”

Again, laudatory in principle. But, especially when the regime in Tehran firmly believes that it never reaped the benefits which were promised under the terms of the JCPOA even before Mr Trump withdrew the US, what exactly does Mr Biden have up his sleeve to bring the Iranians to the table in earnest over the nuclear issue per se, let alone Iran’s regional aspirations?

Which brings us to what may be the biggest question of all, ie the credibility of the US in the region either as a partner or as a persuader.

For sure, founded on his pledges to “elevate diplomacy” and “restore and reimagine partnerships”, a President Biden would look to offer a different style of leadership to Mr Trump’s. But, as Ahmed Aboudouh wrote in The Independent a few weeks ago, restoring US leadership in the region may already be too great a task for any president, let alone one who is likely to be totally preoccupied with very pressing domestic issues. Consider:

In sum, if he were to be elected President, as far as the Middle East at least is concerned Mr Biden would do well to remember the elder Helmuth von Moltke’s leitmotif, ie “no plan survives contact with the enemy”.

Alastair Newton, an alumnus of the LSE, is a professional political analyst who was based in the City of London from 2005 to 2015.

Note: This article is a lightly edited (for technical reasons) version of one first published by Arab Digest on 10 August. It also doubles up as the third part of the author’s series under the heading “US Election: ‘What If?’”.

Photo by Haley Black from Pexels